Plane with 100-plus Western civilians from Afghanistan arrives in Qatar

1st post-evacuation flight includes passengers from US, UK and Germany 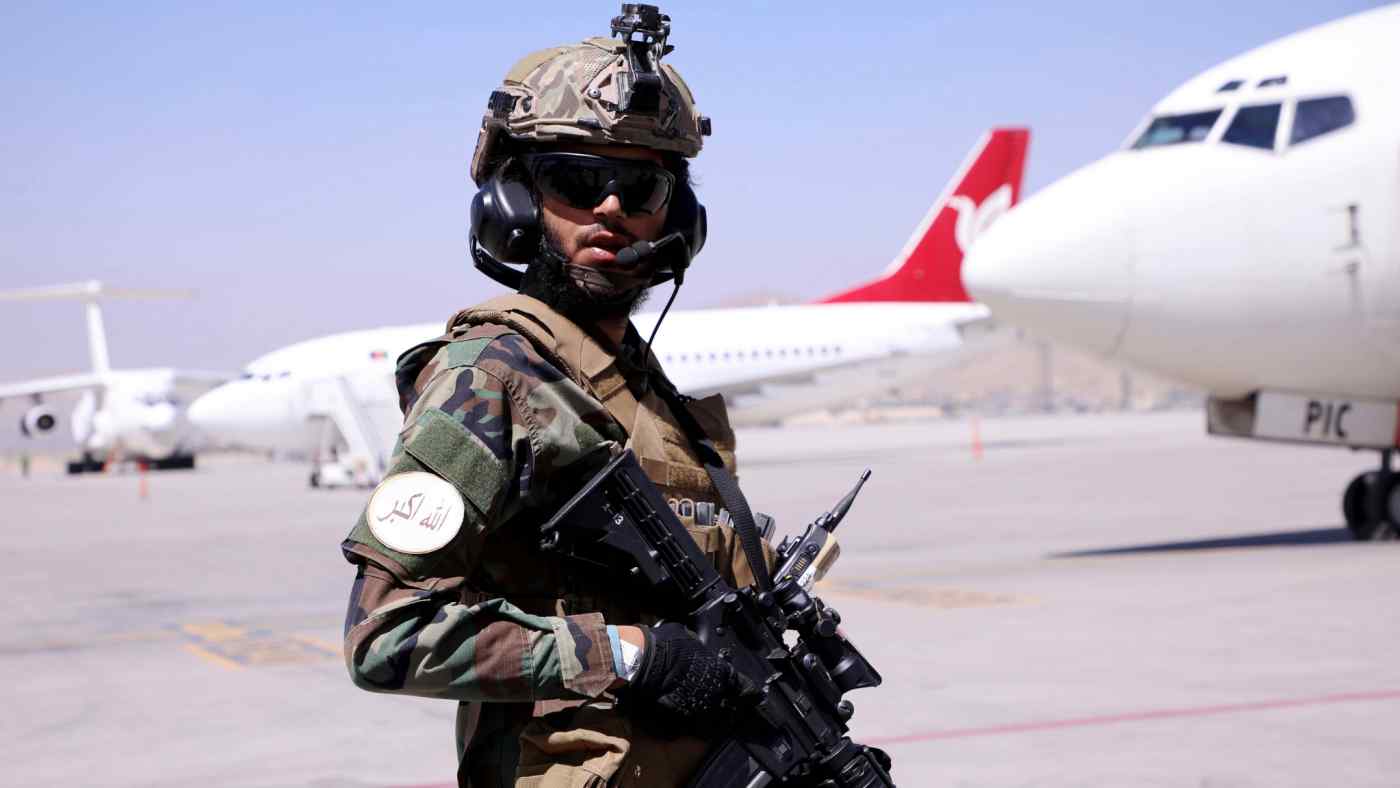 The first international commercial flight since the end of last month's chaotic Western airlift from Afghanistan left Kabul airport on Thursday with more than 100 passengers on board, officials said.

As well as offering hope to people still stranded in Afghanistan and fearful of the new Taliban government, the event marked an important step in the Islamist group's efforts to bring a degree of normality back to a country facing economic collapse and a humanitarian crisis.

About 113 passengers were on board, including U.S., Canadian, Ukrainian, German and British citizens, a source with knowledge of the matter said.

The source said the passengers were taken to Kabul airport in a Qatari convoy after safe passage was agreed. In Doha, they will initially stay in a compound hosting Afghan and other evacuees.

Although international flights have flown in and out with officials, technicians and aid in recent days, this was the first such civilian flight since the hectic evacuation of 124,000 foreigners and at-risk Afghans that followed the Taliban's seizure of the capital on Aug. 15.

Qatari special envoy Mutlaq bin Majed al-Qahtani described Thursday's flight as a regular one and not an evacuation. There would also be a flight on Friday, he said.

"Call it what you want, a charter or a commercial flight, everyone has tickets and boarding passes," al-Qahtani said from the tarmac, quoted by Al Jazeera. "Hopefully, life is becoming normal in Afghanistan."

Reuters could not immediately confirm if any Afghan nationals who did not have a passport from a second country were onboard.

The flight came two days after the Taliban announced an interim government made up of men, including Islamist hardliners and some wanted by the United States on terrorism charges.

Foreign countries saw the new government's make-up as a signal the Taliban would not try to broaden their base and show a more tolerant face as they had suggested they would do.

The last time the Taliban ruled Afghanistan, from 1996 to 2001, women and girls were banned from work and education.

That Taliban government was ousted by a U.S.-led intervention following the Sept. 11, 2001, attacks on the United States masterminded by al Qaeda leaders based in Afghanistan.

The new Taliban leaders have pledged to respect rights in line with Islamic law, but Afghans who won more freedoms in the past 20 years fear losing them.

A newspaper editor said two of his journalists were beaten in police custody this week after covering a protest by women in Kabul where they were detained by the Taliban.

Zaki Daryabi, founder and editor-in-chief of the Etilaat Roz newspaper, shared images on social media of two male reporters, one with large, red welts across his lower back and legs and the other with similar marks on his shoulder and arm.

Both men's faces were also bruised and cut in the pictures, which were verified by Reuters.

A Taliban minister said any attack on journalists would be investigated. But protests were being curtailed because there was a security threat from Islamic State fighters, he said.