Taliban declare 'war is over'; Afghans rush to airport 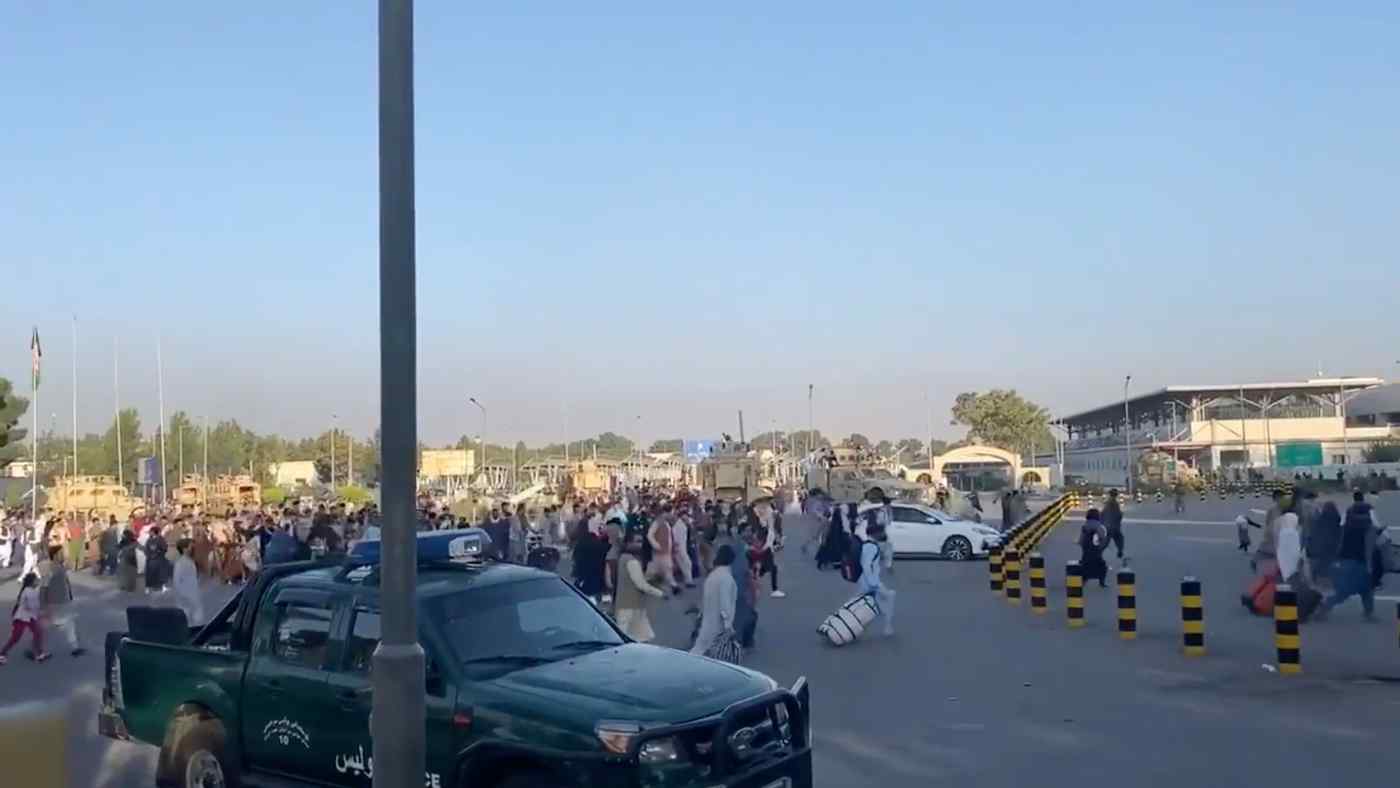 Afghans run toward the Kabul airport terminal after Taliban insurgents took control of the presidential palace in the capital on Aug. 16 in this still image taken from video obtained from social media. (Photo by Jawad Sukhanyar via Reuters)
August 16, 2021 15:13 JST | Afghanistan
CopyCopied

KABUL (Reuters) -- The Taliban declared the war in Afghanistan over after taking control of the presidential palace in Kabul while Western nations scrambled on Monday to evacuate their citizens amid chaos at the airport as frantic Afghans searched for a way out.

President Ashraf Ghani fled the country on Sunday as the Islamist militants entered the capital virtually unopposed, saying he wanted to avoid bloodshed, while hundreds of Afghans desperate to leave flooded Kabul airport.