US secretary of state 'concerned' by members of new Afghanistan cabinet 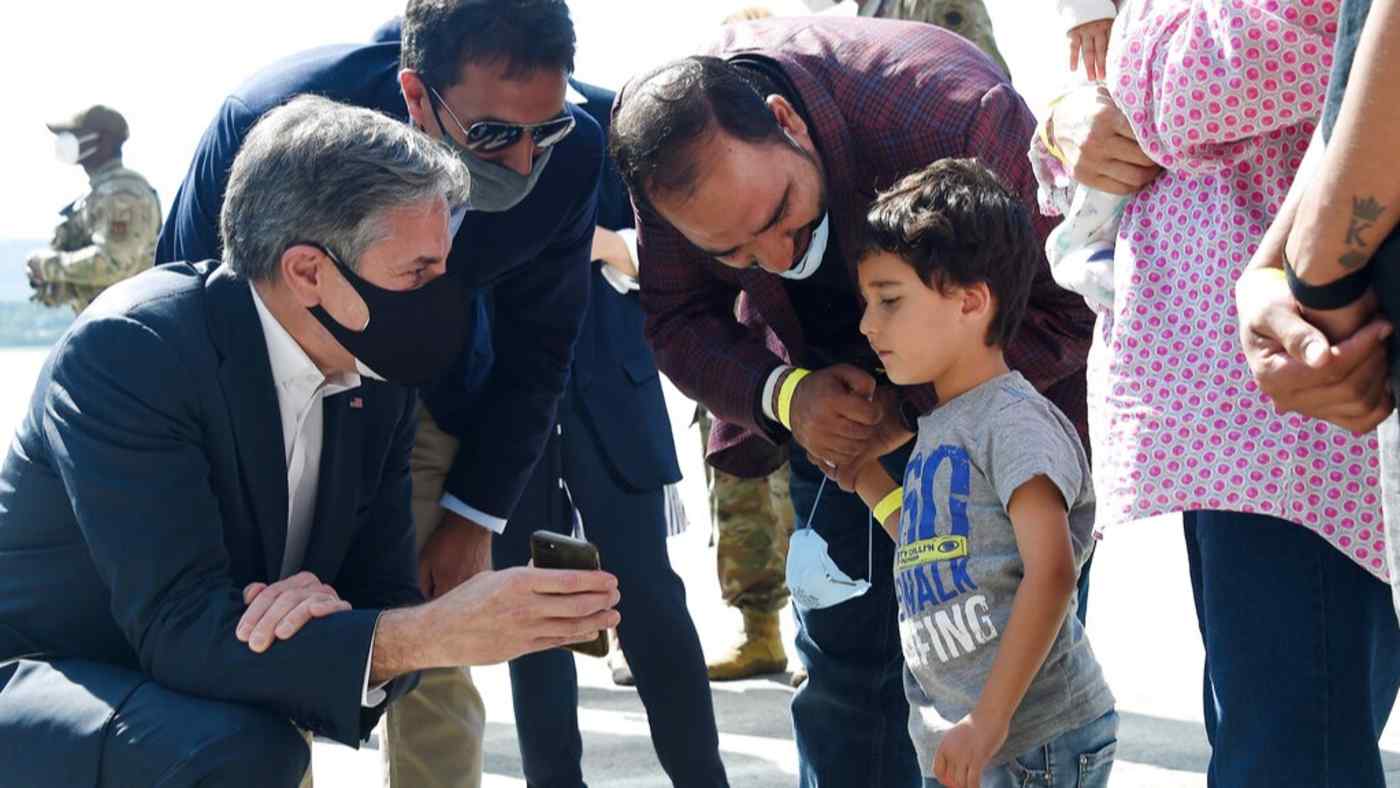 Secretary of State Antony Blinken shows a picture of his children to a young Afghan refugee outside Hangar 5 for evacuation operations at Ramstein Air Base in Germany on Sept. 8.    © AP
Nikkei staff writersSeptember 9, 2021 04:09 JST | Afghanistan
CopyCopied

Speaking alongside German Foreign Minister Heiko Maas at Ramstein Air Base, a U.S. facility in Germany that has been a transit point for evacuees from Afghanistan, Blinken said, "We must hold the Taliban, including the recently announced caretaker government and any eventual Afghan government, to their commitment to allow foreign nationals, visa holders and Afghans to travel outside the country if they wish."