US mobilizes 3,000 troops to Kabul for embassy staff drawdown 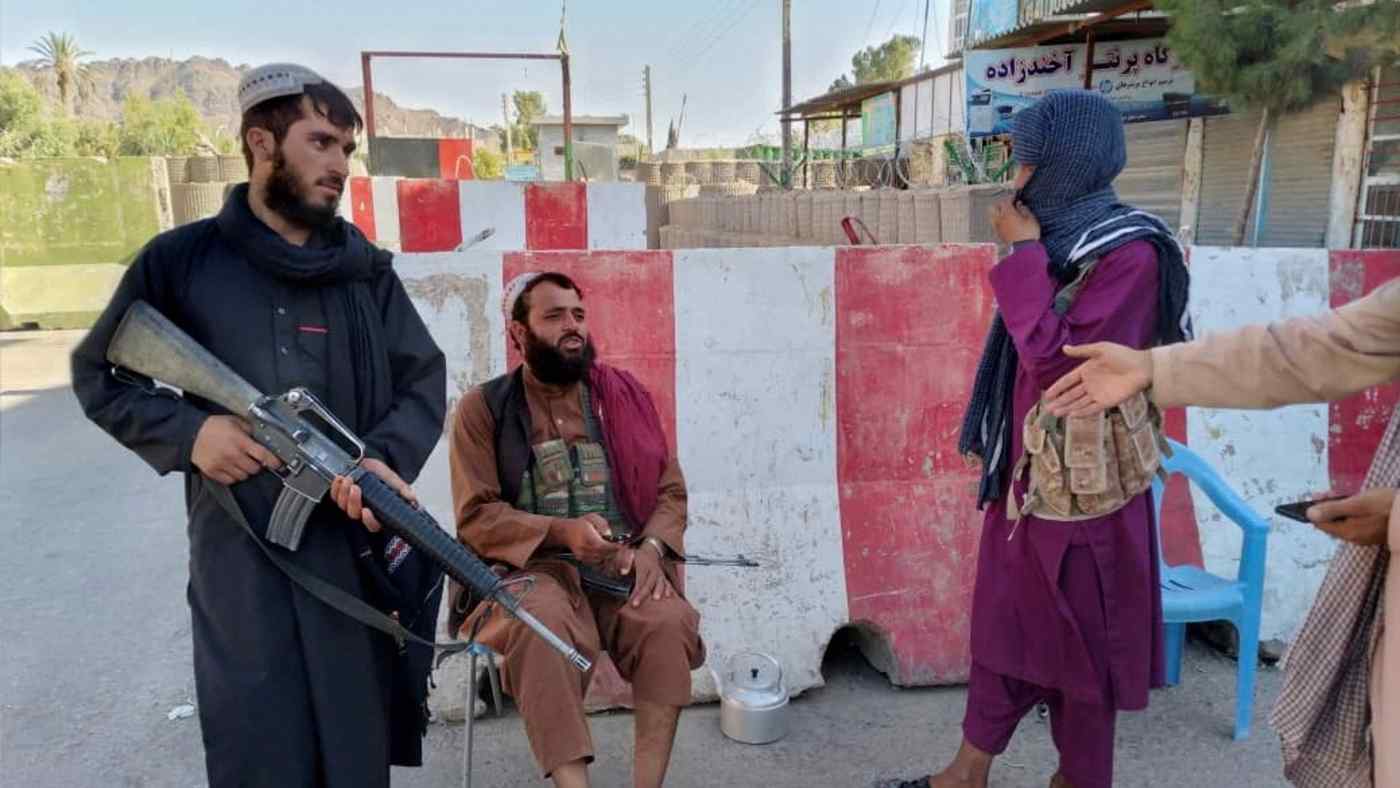 WASHINGTON (Reuters) -- Faced with unexpectedly rapid military gains by the Taliban, the United States decided on Thursday to dramatically scale down its embassy in Kabul and send about 3,000 troops temporarily to aid the evacuation of staff.

News of the drawdown, which was first reported by Reuters, underscored Washington's rapidly deteriorating hopes that diplomacy will halt the Taliban's advance and keep the capital in the Afghan government's hands. The Taliban could isolate Kabul within 30 days and take it over in 90, U.S. intelligence assessments concluded this week.

"We've been evaluating the security situation every day to determine how best to keep those serving at the embassy safe," said State Department spokesman Ned Price.

"We expect to draw down to a core diplomatic presence in Afghanistan in the coming weeks," he said, adding the embassy was not closed. A person familiar with the matter said there were no guarantees the embassy would remain open.

The State Department said Secretary of State Antony Blinken and Defense Secretary Lloyd Austin spoke to Afghan President Ashraf Ghani on Thursday and told him the United States "remains invested in the security and stability of Afghanistan" in the face of Taliban violence.

They said Washington was reducing its "civilian footprint" in Kabul given the "evolving security situation" and would increase the tempo of Special Immigration Visa flights for Afghans who helped the U.S. effort in the country, a State Department statement said.

President Joe Biden ordered the embassy drawdown during a meeting on Thursday with top security advisers and accepted their recommendation to do so, according to a source familiar with the situation.

A decision to stay in the country might have required the commitment of many more U.S. troops there to fight a civil war, the source said, as the United States looks to end its 20-year presence prompted by the Sept. 11, 2001, attacks.

Still, the decision cast new doubt on Washington's strategy to influence Afghanistan's peace process by maintaining aid and diplomatic personnel even after the troop withdrawal.

Administration officials did not adjust that timetable even as Biden ordered additional troops to Afghanistan to help secure the exit of civilian personnel. The first deployment to the airport in Kabul is expected within 24 to 48 hours, Pentagon spokesman John Kirby said.

About 3,500 additional U.S. troops would be sent to the region from Fort Bragg in North Carolina to be on standby if the situation worsened, as well as 1,000 personnel to help process Afghans going through a special immigration process. It is common for the U.S. military to send in troops to evacuate personnel in combat zones.

"I don't know that we have many choices left," said Ronald Neumann, U.S. ambassador to Afghanistan from 2005 to 2007, about the decision to downsize the embassy. "What's left between Kabul and the Taliban?"

Some Republican lawmakers who opposed Biden's decision to withdraw troops said they thought it was a good idea to add them now to support the embassy drawdown.

"The Biden administration must move as swiftly as possible to get both American civilians and Afghans who have aided us out of the country as quickly as possible," said Senator Jim Inhofe, the top Republican on the Armed Services Committee.

There are thought to be about 1,400 staff remaining at the U.S. Embassy in Kabul. Officials said the reduction in staff would be "significant."

The military mission in Afghanistan is set to end on Aug. 31, with roughly 650 troops remaining in the country to protect the airport and embassy.

Washington is not counting on a power-sharing agreement being reached between the Kabul government and the Taliban but is seeking one to halt the fighting, according to one source. The United States has told the Taliban directly that they will face consequences if Americans are not safe, the source said.

"While the security situation in Afghanistan is deteriorating, our strategy in the region must continue to evolve," said Representative Adam Smith, a Democrat who is chairman of the House Armed Services Committee. "The safety and security of United States personnel must always come first."