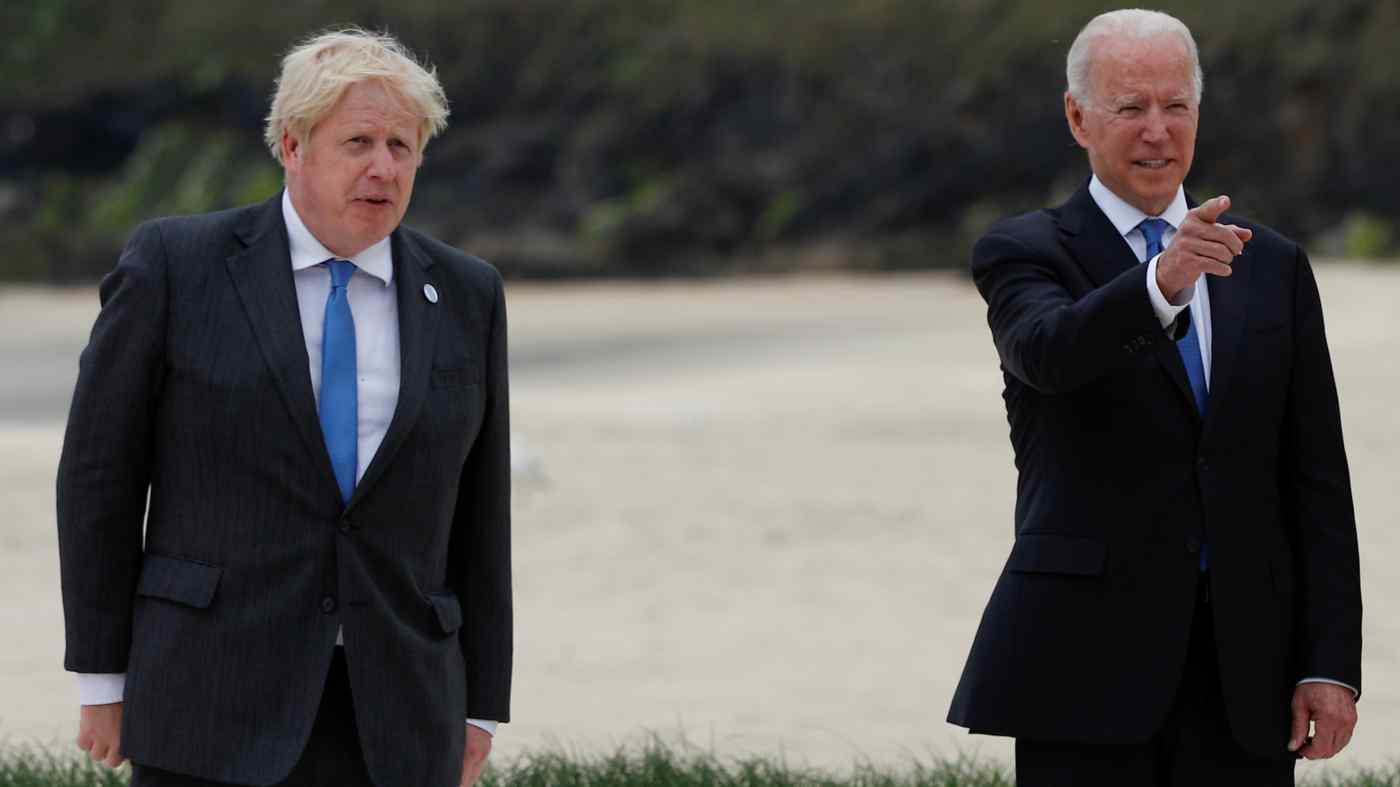 WASHINGTON/BRUSSELS (Financial Times) -- US allies are lobbying Joe Biden not to change American policy on the use of nuclear weapons amid concern the president is considering a "no first use" declaration that could undermine long-established deterrence strategies aimed at Russia and China.

The lobbying - by treaty allies including Britain, France and Germany in Europe, and Japan and Australia in the Indo-Pacific - comes as the Biden administration is in the middle of a "nuclear posture review", a congressionally-mandated inter-agency process that sets US policy on nuclear weapons.

Although some allies believe Biden will refrain from setting a "no first use" policy in the review, most remain concerned he is considering a policy known as "sole purpose", which would make clear the US would use nuclear weapons only in a narrowly-prescribed set of circumstances - such as to deter a direct attack on the US, or to retaliate after a strike.

"This would be a huge gift to China and Russia," one European official said.

American policy towards the use of nuclear weapons has, since the cold war, remained intentionally vague, suggesting the US could use them preemptively and allowing allies in both Europe and Asia a clear sense of protection under the American "nuclear umbrella".

While some non-proliferation advocates argue that "sole purpose" or "no first use" declarations increase stability by clarifying circumstances when nuclear weapons would be used, critics counter that it would embolden Russia and China.

They also fear it could prompt allies such as Japan and South Korea to develop their own nuclear weapons, triggering a regional arms race. Biden supported a shift to "sole purpose" as US vice-president and during the 2020 election campaign.

"The problem with 'sole purpose' and 'no first use' is that the allies believe it, and adversaries do not," said Michael Green, an Asia security expert.

Earlier this year the US sent a questionnaire to allies who provided an overwhelmingly negative response to any changes in nuclear policy, according to two people familiar with the correspondence.

But some allies remain worried that US officials have not conveyed the extent of their opposition directly to the president, fears exacerbated by the administration's failure to heed allied concerns over the withdrawal from Afghanistan and a nuclear submarine agreement with Australia.

Sitting with President Emmanuel Macron on Friday, Biden said he had not been aware France was not told in advance about the submarine deal. Paris lost its existing submarine contract with Canberra as a result of the agreement.

More than a dozen European and Asian officials and critics on Capitol Hill told the Financial Times that allied fears have risen as the posture review nears its conclusion, which is expected by the end of the year. Some are hoping Biden will outline his views when he meets his counterparts at the G20 summit in Rome at the weekend.

In a sign of the rising allied concern, a commitment to "a credible and united nuclear alliance" was included in a joint statement following Friday's Biden-Macron meeting, as was a promise of "close consultations" on nuclear issues.

The lobbying was particularly intense during a visit by Lloyd Austin, US defence secretary, to Nato headquarters in Brussels earlier this month. "Allies are extremely concerned and in no uncertain terms have made clear what they thought," one Nato diplomat said.

John Kirby, Pentagon spokesperson, said consultations with allies were "essential and ongoing" as the administration concluded the nuclear posture review, adding that keeping "our US extended deterrence commitments remain strong and credible" was central to the process.

This is not the first time the US has considered changing its policy towards the use of nuclear weapons. Barack Obama weighed a similar shift, but opted against the move after opposition from allies and the US military. But some experts worry Biden has shown a tendency to ignore allies and his military advisers in recent security policy decisions, including Afghanistan.

"'Sole purpose' nuclear policy is just 'no first use' by another name, and to even consider adopting either is a complete betrayal of our allies," James Risch, the top Republican on the Senate foreign relations committee, told the Financial Times.

Richard Fontaine, president of The Center for a New American Security, argued that threats from Russia, China and North Korea have only increased since the Obama administration, meaning it was "not the time for a US 'no first use' pledge".