'America is back' and ready for diplomacy: Biden

Team of professionals tasked with maintaining secure and prosperous Indo-Pacific 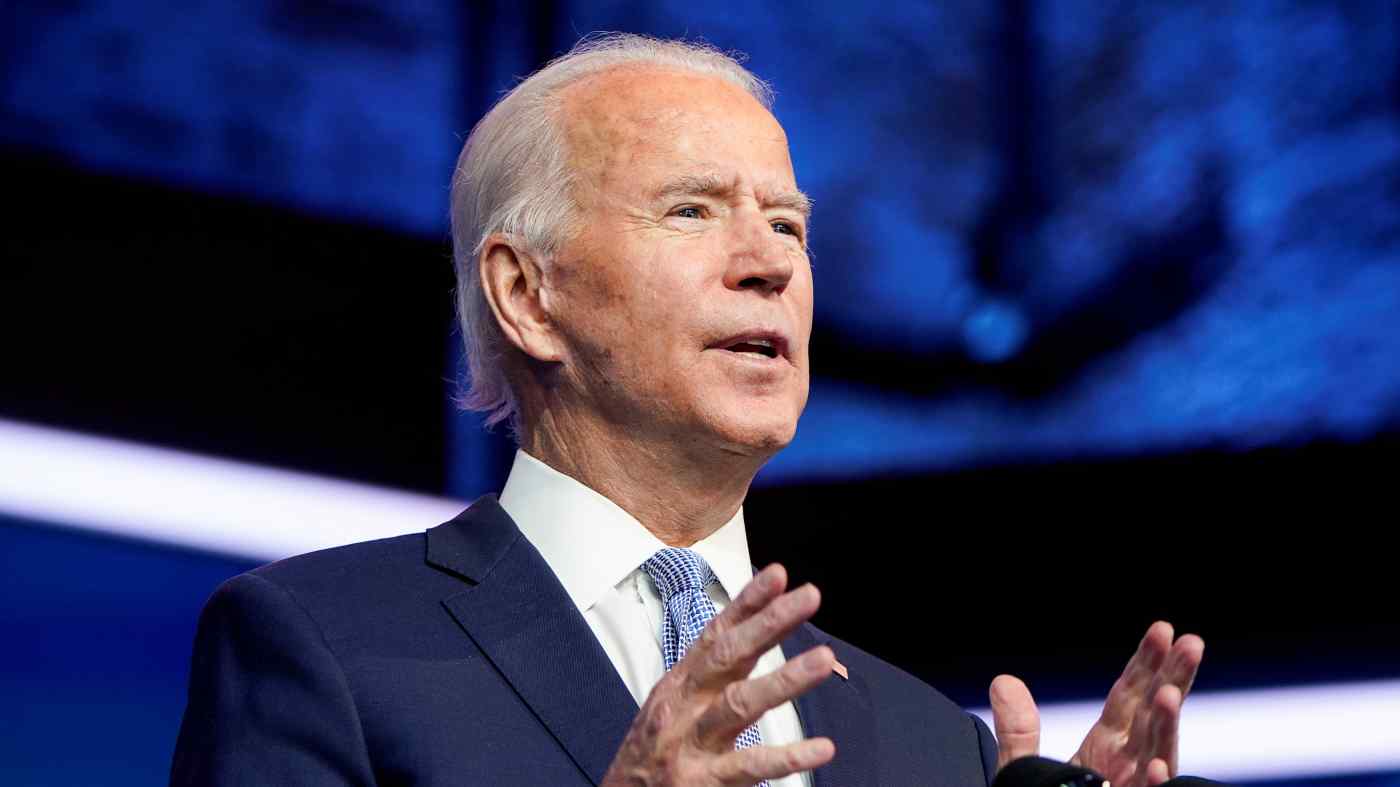 The new team "reflects the fact that America is back, ready to lead the world, not retreat from it," Biden told a news conference in Wilmington, Delaware -- "ready to confront our adversaries, and not reject our allies, ready to stand up for our values."

For the top job in U.S. foreign policy, Biden picked longtime confidant and adviser Antony Blinken as secretary of state.

The career diplomat, with a Parisian upbringing and decades of experience in foreign policy, held key positions in the Obama administration, including national security adviser to then-Vice President Biden and later deputy secretary of state.

In his Tuesday introduction, Biden specifically highlighted Blinken's role in "strengthening America's alliance and positions" in the Asia-Pacific. U.S. President-elect Joe Biden listens in the background as his pick for secretary of state, Antony Blinken, speaks at The Queen theater in Wilmington, Delaware, on Nov. 24.   © AP

The former vice president praised the team's "unmatched experience and accomplishments" that were made possible "through decades of experience working with our partners." But he also maintained that they embody "fresh thinking and perspective."

"Together, these public servants will restore America globally -- its global leadership and its moral leadership," Biden vowed, adding that they will ensure that U.S. foreign policy and intelligence professionals "can do their job free of politics."

Blinken said that America still represents "the last best hope on Earth," however imperfectly, but that "we have to proceed with equal measures of humility and confidence."

"America is back" rhetoric notwithstanding, the geopolitical landscape has shifted since the days when Biden sat in the vice president's office. That is especially the case in the Indo-Pacific. A simple return to Obama-era policies may not fit the requirements of today.

"The reality is that today China is far more confident due to its growing economic and military power," said Derek Grossman, senior defense analyst at Rand Corp. "Beijing has taken advantage of its newfound strength by ramping up pressure throughout the Indo-Pacific against Hong Kong, Taiwan, Japan, multiple counterclaimants in the South China Sea, and India high in the Himalayas." "Judging from Biden's statements on China, it would appear that he understands things have changed for the worse, and that the U.S. won't simply be able to reset ties in Washington's favor," Grossman said.

Leaders of key Asia-Pacific allies Australia, Japan, South Korea and India were among the first to congratulate Biden by phone on his election win.

Readouts show Biden underscoring the importance of "maintaining a secure and prosperous Indo-Pacific region" -- a variant on the "free and open Indo-Pacific" concept pushed by the Trump administration -- signaling the region's continued strategic importance for Washington.

"President-elect Joe Biden and his advisers are very likely to keep the Trump administration's Indo-Pacific strategy, if not in name, then at least in the objective of seeking to push back against China by strengthening U.S. alliances and partnerships throughout the region," Grossman said.

He said Biden's term "secure and prosperous" and the Trump administration verbiage "free and open" are ultimately, "a distinction without a difference."

Blinken, pending Senate confirmation for his role as secretary of state, said at a Hudson Institute virtual event in July that the U.S. remains "underresourced in Asia" and that "presumably" in a Biden administration "we would see more emphasis on the Indo-Pacific."

Other foreign policy and national security picks announced by Biden on Tuesday were Alejandro Mayorkas for secretary of homeland security, Avril Haines for director of national intelligence, and Linda Thomas-Greenfield for U.S. ambassador to the United Nations.

Another key figure in American foreign policy, secretary of defense, remains to be named.

The crew's debut came the day after the Trump administration approved the transition process, ending a 16-day delay from when major media outlets called the race for Biden. But even before the administration signed off on a transfer of power to Biden, the former vice president had been communicating with his future counterparts.