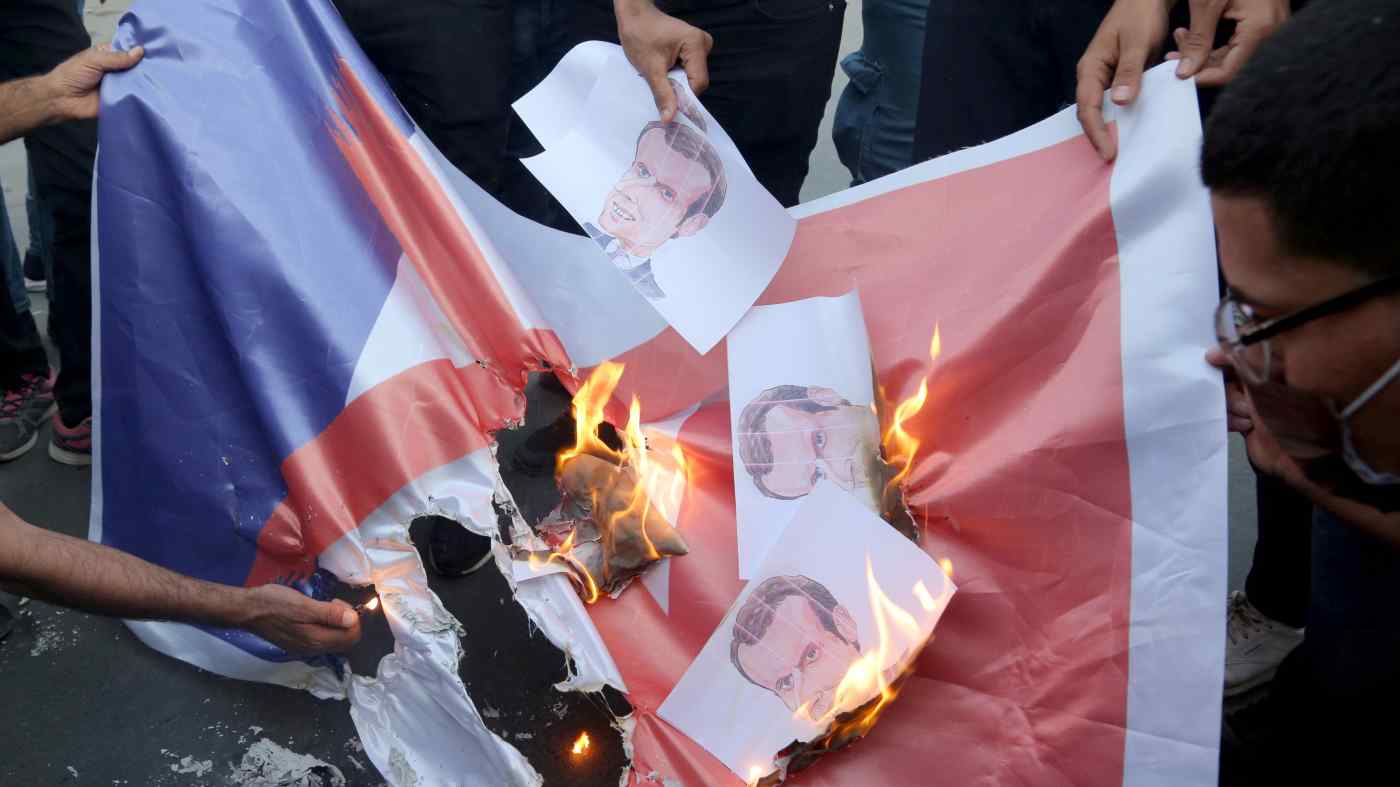 Iraqis burn a French flag during a protest against the showing of a cartoon of Prophet Mohammad in France and comments by French President Emmanuel Macron outside the French embassy in Baghdad, Iraq, on October 26.   © Reuters
October 27, 2020 18:47 JST | Middle East
CopyCopied

DUBAI (Reuters) - Saudi Arabia condemned cartoons offending the Prophet Mohammad but held back from echoing calls by other Muslim states for action against images being displayed in France of the Prophet.

A foreign ministry official said in a statement that the Gulf state condemns all acts of terrorism, an apparent reference to the beheading of a Paris teacher who showed cartoons of the Prophet in a class on freedom of speech.

"Freedom of expression and culture should be a beacon of respect, tolerance and peace that rejects practices and acts which generate hatred, violence and extremism and are contrary to coexistence," said the statement carried by state media.

Saudi Arabia's daily Arab News on Tuesday cited the head of the Saudi-based Muslim World League, Mohammed al-Issa, as cautioning that an over-reaction "that is negative and goes beyond what is acceptable" would only benefit "haters".

The images of the Prophet were first published years ago by a French satirical magazine, whose editorial offices were attacked by gunmen in 2015, killing 12 people. Since the beheading of the teacher this month, the cartoons have been displayed in France in solidarity, angering some Muslims.

Turkey's leader has called for a boycott of French goods and Pakistan's parliament passing a resolution urging the government to recall its envoy from Paris.

In Saudi Arabia, calls for a boycott of French supermarket chain Carrefour were trending on social media, though stores Reuters visited in Riyadh on Monday seemed busy as normal. A company representative in France said it had yet to feel any impact.

"We understand that there is some concern among consumers across the region at present and we are monitoring the situation closely," it said in a statement.

In Kuwait, some supermarkets have pulled French products.