Kenyan and Kiwi candidates become proxies in fight for hegemony 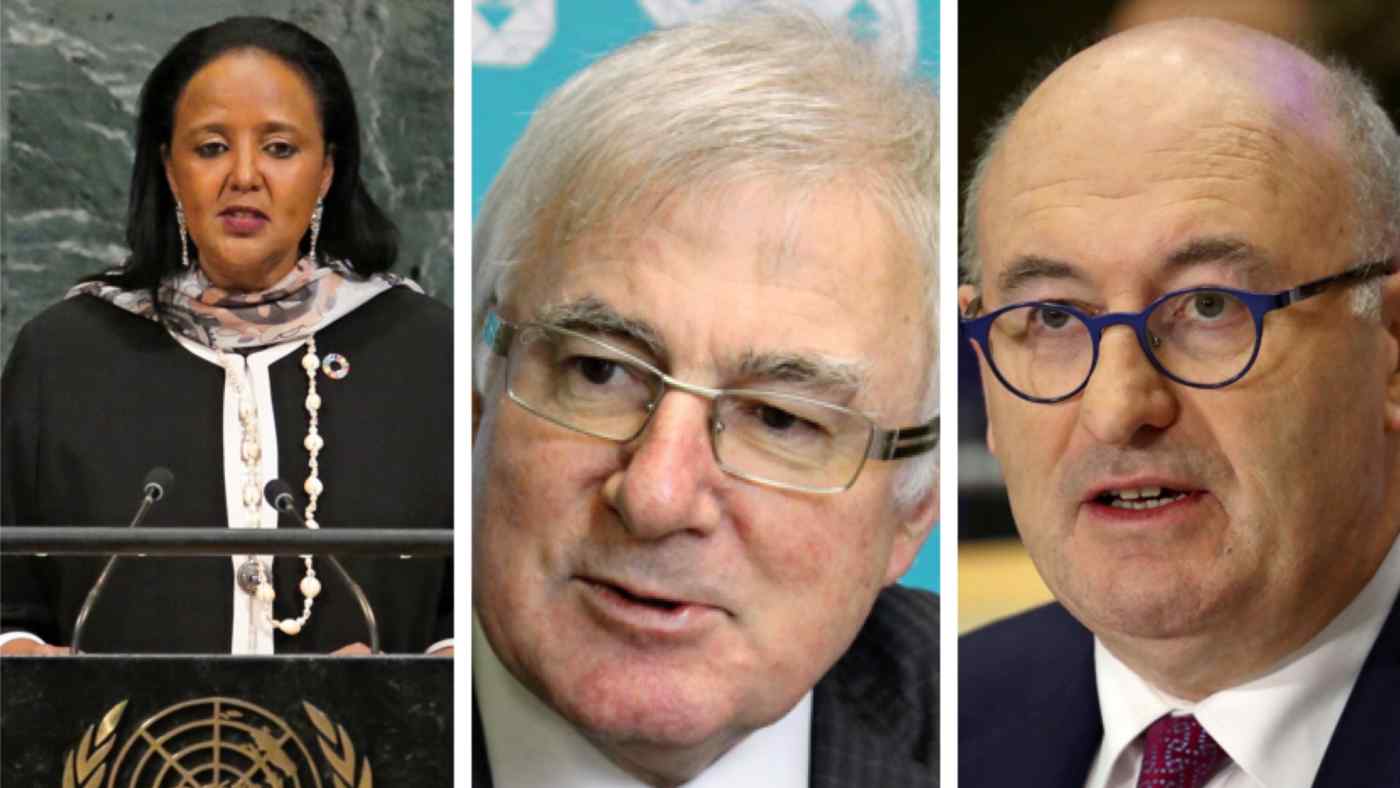 If elected, Amina Mohamed of Kenya, left, would become the first woman and the first African to lead the World Trade Organization. But she could face challenges from New Zealand's Tim Groser, center, and Phil Hogan of Ireland. (Source photos by Reuters)
RINTARO HOSOKAWA, Nikkei staff writerJune 9, 2020 05:02 JST | Europe
CopyCopied

GENEVA -- The U.S.-China showdown spread to the race for the next director-general of the World Trade Organization on Monday, with the two sides backing separate candidates for the position that will lead the process of setting new global trade rules.

Beijing is believed to be in favor of Amina Mohamed a former foreign minister from Kenya, a country China has heavily invested in. The U.S., on the other hand, is apparently backing Tim Groser, a former New Zealand trade minister who is likely to push trade body reforms that Washington has advocated.