Argentina slouches toward China debt reliance on eve of election

Buenos Aires may pivot from Washington-based lenders to Beijing 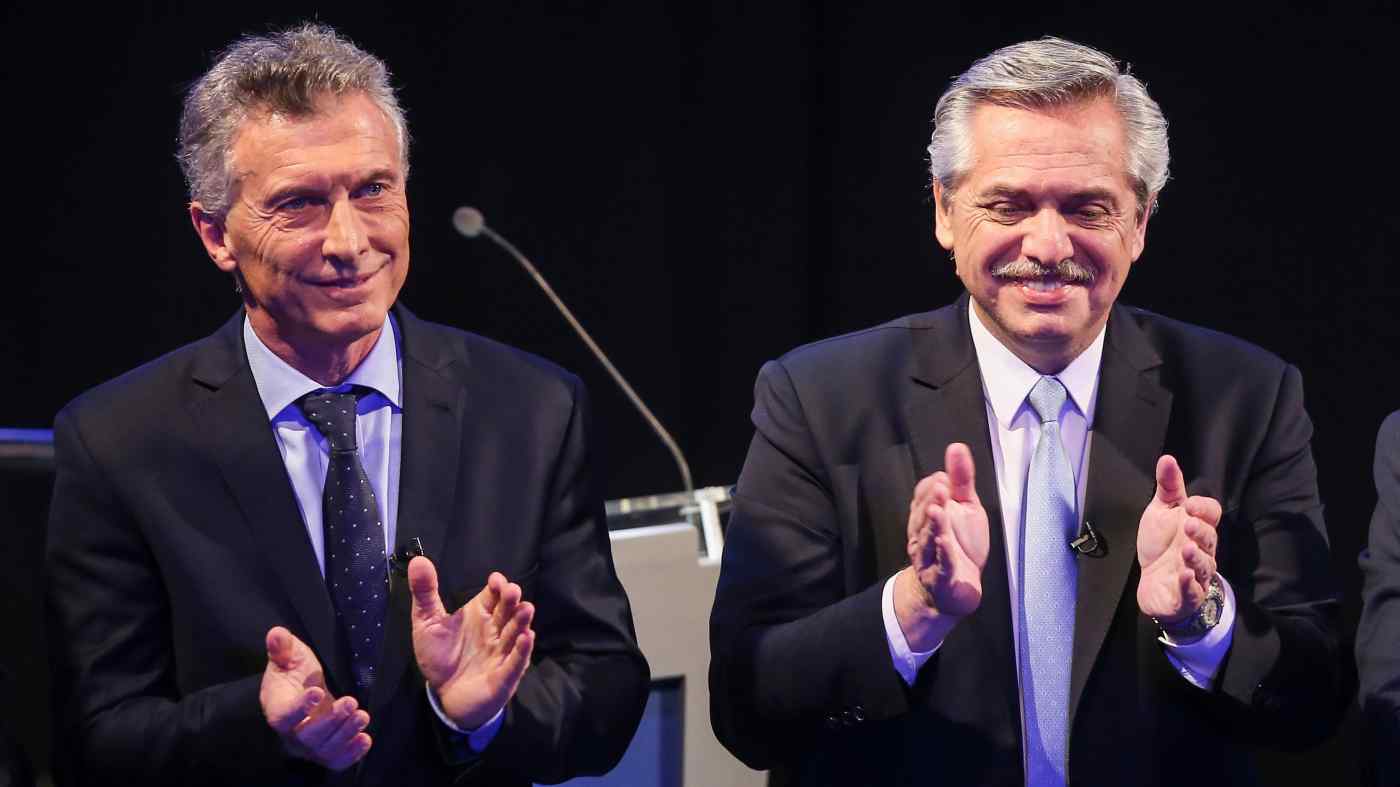 Argentina's President Mauricio Macri, left, and opposition candidate Alberto Fernandez at the end of a presidential debate on Oct. 20: The opposition has made no secret of its desire for closer ties with Beijing.   © Reuters
NAOYUKI TOYAMA, Nikkei staff writerOctober 26, 2019 12:57 JST | Latin America
CopyCopied

SAO PAULO -- Voters in Argentina go to the polls on Sunday to elect their next president, with recent surveys showing the leftist, anti-American opposition camp with a comfortable lead over business-friendly incumbent Mauricio Macri.

At stake in the election are relations with Beijing and Washington. Unlike the pro-American administration of President Macri, the opposition has made no secret of its affinity for China. Brushing aside concerns about being ensnared in a Chinese "debt trap," senior members of the opposition feel that Argentina should rely more on China than the International Monetary Fund, as the country has done in the past.

The country is currently suffering a stiff recession amid a record $57 billion IMF lending package and is widely understood to be unable to service its $100 billion of international debt. Rescheduling those debts will be an urgent task for the new administration. Any drift toward Beijing as a potential alternative lender could affect the battle for global hegemony between the U.S. and China.

About 100 km northwest of Buenos Aires amid a vast plain lies the Atucha nuclear power complex, which has been supplying the region with electricity for nearly 50 years. Next to the power station is a fenced-in field, tentatively reserved for a third nuclear reactor, a project that could see a flood of Chinese investment.

In November 2015, Argentina signed an agreement to build a new reactor with Beijing. The deal calls for state-run China National Nuclear Corp. to construct the reactor, with 85% of the cost to be covered by Chinese loans. Beijing widely regards the deal as a precursor for future exports of Chinese reactors.

However, the center-right Macri government, which came to power in December the same year, criticized the deal as opaque and recommended against it, regarding it as a questionable legacy of the previous government.

The issue has since become more complicated as the U.S.-China battle for global supremacy. Beijing, eager to increase its influence in Latin America, asked the Macri administration to rethink its decision, as Chinese prestige hinges on the project. In 2017, in a move apparently prompted by Beijing, Jack Ma, then-chairman of Chinese e-commerce giant Alibaba Group, visited Buenos Aires and promised to open the Chinese market to Argentine products. At the same time, Beijing ordered state-affiliated financial institutions to offer better lending terms to Argentina.

This two-pronged effort appeared to have paid off, as the Macri government reversed its position. 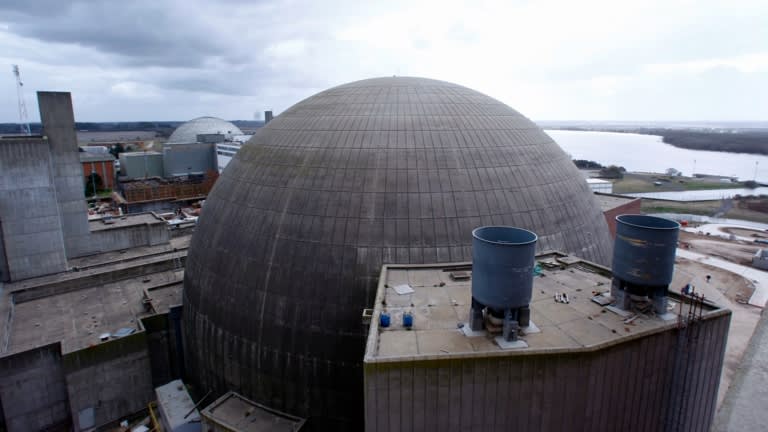 The Atucha II reactor at the nuclear power plant in Zarate may soon be joined by a third, Chinese-financed facility if the leftist presidential candidate Fernandez wins the upcoming presidential election.   © Reuters

This upset Washington, which views the project as economic and political encroachment by China into its own backyard. Macri's decision particularly rankled the U.S. because nuclear power plants have a direct bearing on America's national security. According to local media, the U.S. privately asked the Macri government to rethink its decision. When contacted by Nikkei, a senior Argentine bureaucrat in charge of economic affairs acknowledged that Washington stepped up pressure on Argentina to change its stance.

During Argentina's monetary crisis in 2018, the country looked to the IMF for a bailout -- a task made easier owing to the close relationship between Macri and U.S. President Donald Trump, who is believed to have leaned on the IMF to provide an emergency loan. Indebted to Trump, Macri then backtracked on the nuclear expansion plans again, putting a de facto freeze on the project, ostensibly due to the country's economic woes.

Though China and Argentina later signed a memorandum on the project, construction has yet to make significant headway.

Many workers on the project have voiced their unhappiness with the current state of affairs. "The plan to build additional reactors would be an ideal opportunity to bring more residents to the [nearby] town," said Daniel Lemucchi, a 58-year-old owner of a local restaurant. Many others believe that Chinese investment is needed to improve infrastructure in the area, where the nearest hospital is 20 km away.

With leftist presidential candidate Alberto Fernandez widening his lead in opinion polls, people in the Atucha region are renewing calls to push ahead with the project. "The nuclear plant is the very foundation of this area, and what happened to Atucha is tragic," said Osvaldo Caffaro, mayor of Zarate, a city in Buenos Aires Province where the plant it located, and vocal supporter of the project.

With victory nearly in their grasp, opposition policymakers have begun to openly express hopes for closer ties with Beijing. Guillermo Nielsen, a former finance secretary currently serving as an economic adviser to Fernandez, indicated that the new government, if elected, would seek financial aid from China.

Many of the opposition also believe that the IMF was behind Argentina's default in 2001, with more than a few even regarding China as a kind of economic savior.

The international community has expressed warnings about China's debt traps, which are incurred by accepting loans for large projects then confiscating key infrastructure if the country is unable to repay, a situation that has already played out in Africa and Asia. Yet the opposition says there is more to fear from the IMF than China, and Fernandez is already meeting Chinese and Russian ambassadors in the country to lay the foundations for closer economic cooperation.

Meanwhile, airport tycoon Eduardo Eurnekian, one of Argentina's wealthiest people, thinks this is misguided, saying that "turning our back on the U.S. and asking Beijing for funds would be a big mistake."

Despite his calls for the next administration to be wary of China, however, the left does not seem to be listening.