As US exits Afghanistan, China prepares for threat of security void 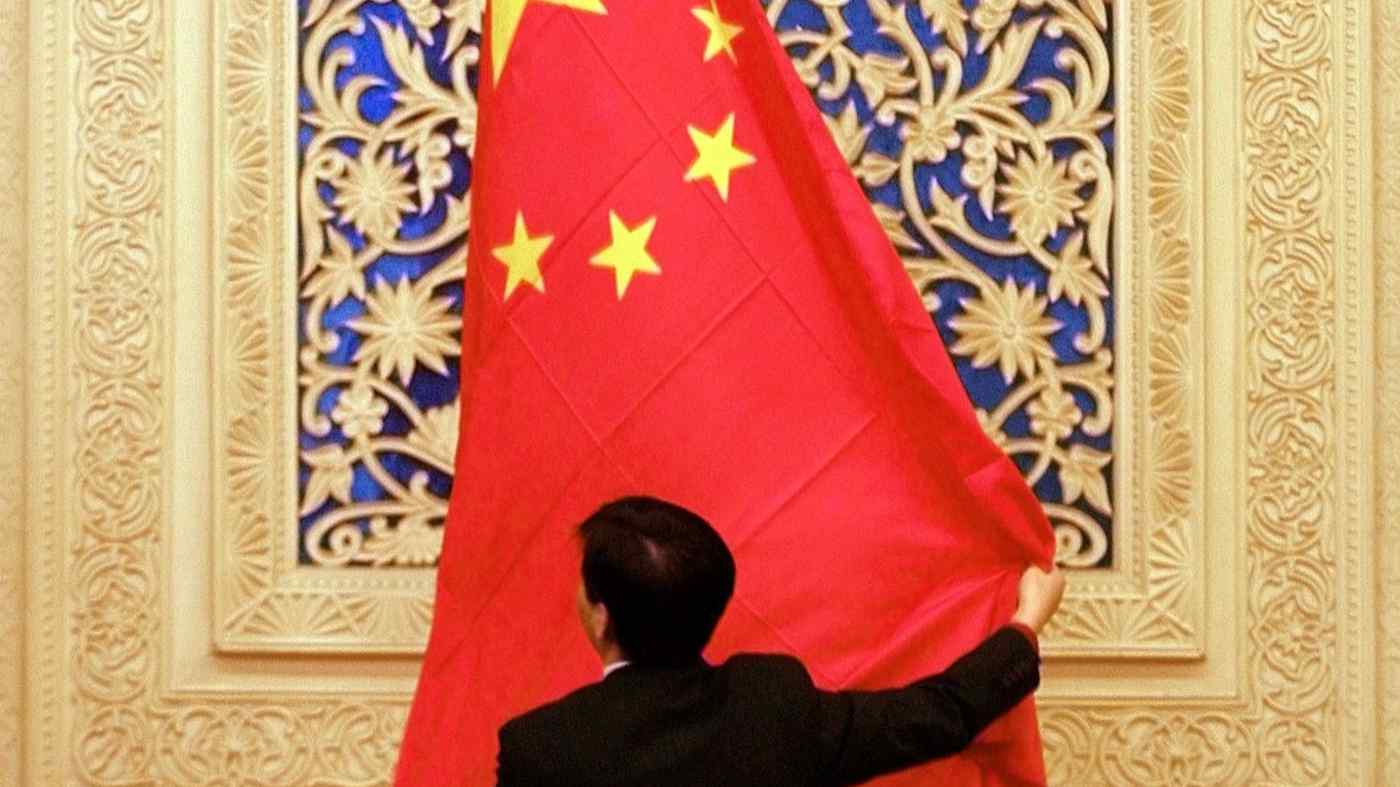 A Chinese official adjusts a national flag in front of an ornamental window at the Xinjing Room of the Great Hall of the People in Beijing   © Reuters
Nikkei staff writersJune 23, 2021 06:02 JST | Afghanistan
CopyCopied

NEW YORK -- Even as U.S.-China ties fray, Beijing is growing increasingly concerned over a security vacuum emerging in Afghanistan after America withdraws from the war-torn country.

With the Sept. 11 deadline for the Americans to withdraw getting closer, China will no longer be able to rely on a U.S. presence to quell some of the security threats posed by Afghanistan on its southwestern border.

"China was a key beneficiary of the U.S. force presence in Afghanistan, and that will soon become obvious," said Lisa Curtis, director of the Indo-Pacfic security program at the Center for New American Security, a Washington-based think tank. "With the full withdrawal of U.S. and NATO forces from Afghanistan, China will have to find a way to protect its own [counterterrorism] interests."

There have already been signs of a deteriorating security situation. The Chinese Embassy in Afghanistan last week urged its nationals to leave the country as the Taliban tightens its grip around the government in Kabul, having entered two provincial capitals in the north on Sunday.

Last month, China's Foreign Ministry spokesperson Hua Chunying blamed the escalating violence in the country on Washington's "abrupt" announcement of a troop withdrawal. What was unsaid, however, was Beijing's anxiety surrounding a power vacuum in the country after being able to rely on America to shoulder the security burden in the region for nearly two decades.

Many fear a collapse echoing the fallout in the 1990s that followed the end of the Soviet war in Afghanistan. A collapse now could pose a threat for the region's stability, and China is doing what it can to manage the endgame of the long-standing war.

China's interests and investment in Central Asia have grown significantly in the years since the U.S. invaded Afghanistan shortly after 9/11, as have terrorism threats by groups in the region. Peace talks between the Taliban and the Afghan government have been slow in Doha, Qatar, in September,2020.   © Reuters

Analysts say Beijing has more or less been ambivalent about Afghanistan, but the vacuum left by the U.S. could require China to flex more diplomatic and interventionist muscle than it has typically displayed.

China has been engaging with the Taliban both directly and through both parties' close relationship with Pakistan. Wary of its potential to harbor anti-Chinese extremist groups, it is unlikely Beijing will ever be entirely comfortable with the Taliban, but the pragmatic option may be to work with the group in the hopes of securing agreements to not harbor such extremists.

The relationship with the Taliban could also give China an expanded influence in the region, where it has already established a major presence through its Belt and Road Initiative. The hopes for any BRI or other investments in Afghanistan in the near future are slim, but instability in Afghanistan could spillover into surrounding states where China does have ongoing projects.

This month, China, Afghanistan, and Pakistan met for their fourth official trilateral dialogue, pledging to strengthen economic, political and security ties. The official statement following the meeting included a rejection of "double standards" in counterterrorism, something Asfandyar Mir, a post-doctral fellow at Stanford's Freeman Spogli Institute for International Studies, says is a swipe at the United States and former Secretary of State Mike Pompeo's delisting of the Turkistan Islamic Party (TIP) as an official terrorist organization in November 2020.

The delisting was one of the Trump administration's final foreign policy maneuvers and widely viewed as a jab at China, which cites the threat of the TIP as a source of legitimacy for its oppressive policies in the Uyghur-populated Xinjiang region in western China.

Counterterrorism "is an issue we don't talk about much in the U.S.-China dyad these days, but I think over the next few years it's going to become a real issue," Mir said.

In the years following the 9/11 attacks, counterterrorism was one policy area in which the U.S. and China were consistently aligned. The original designation by the U.S. of the TIP -- then known as the East Turkestan Islamic Movement -- was seen as a conciliatory move to get the Chinese on board with its war on terror. 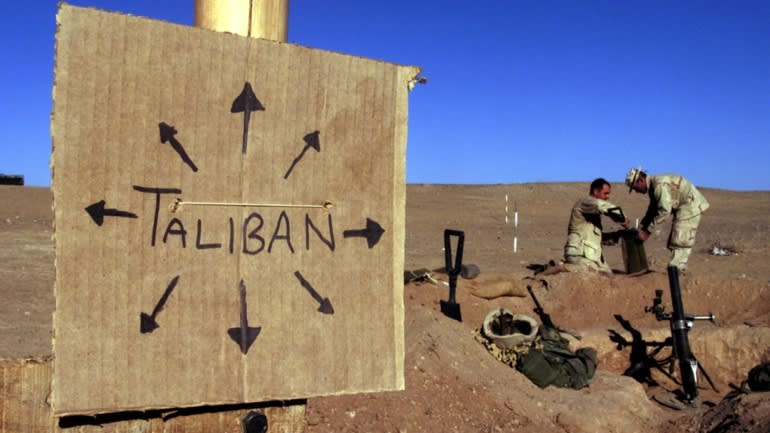 The Taliban have captured districts and entered two provincial capitals in Northern Afghanistan this week.   © Reuters

The true threat posed at the time by extremist Uyghur groups, however, was minimal, said Andrew Small, senior fellow at the German Marshall Fund, a think tank in the U.S. capital.

"It was still very small in scale, barely existed at all. Not a real terrorist threat, inflated on the Chinese side, kind of to make a political point," he said.

That political point was to prop up China's policies in Xinjiang, something that the international community grew increasingly critical of in the years that followed.

Meanwhile, Small said, as groups like the TIP and others began to proliferate and gain in strength by operating during the war in Syria, they began to resemble something of a legitimate threat. But China's policies in Xinjiang have all but shot its credibility in the matter.

"Unlike a previous context in which China was at least able to semi-expect to cooperate with anyone else, the scope for cooperation with China on counterterrorism issues, given the way its handled the Uyghur situation, has been completely shredded," he said.

The credibility of the U.S. in the region is also tarnished. In an interview with The Associated Press this week, former Afghan President Hamid Karzai criticized the U.S. and called its legacy a disaster as it leaves the country embroiled by more extremism than when it came in.

However the Afghanistan government Karzai left to his successor, President Ashraf Ghani, is not in much better shape.

In March, a leaked letter from U.S. Secretary of State Antony Blinken to Ghani bluntly stated a loss of faith from the Biden administration in Ghani's peace negotiations with the Taliban. An Afghan National Army soldier sits on the back of an army vehicle at a checkpoint on the outskirts of Kabul.   © Reuters

U.S. President Joe Biden and Ghani, as well as the chairman of Afghanistan's High Council for National Reconciliation, Abdullah Abdullah, will meet for the first time on Friday to discuss the U.S. pullout and the current surge of violence in Afghanistan. In light of the Taliban's recent gains, the Pentagon stated that the deadline for full withdrawal remains firm, but the "pace" of the retrograde could change.

Whatever the pace may be, Sept. 11th is less than three months away.

Small said that while China was never welcoming of the significant American presence in its backyard, it was always aware of the potential for a U.S. withdrawal to create instability. A scenario which seems to be playing out at the moment.

"So it's just kind of a more difficult context for China to navigate politically and diplomatically, in terms of its direct security interests, and in terms of the spillover effects for the wider region," he said.