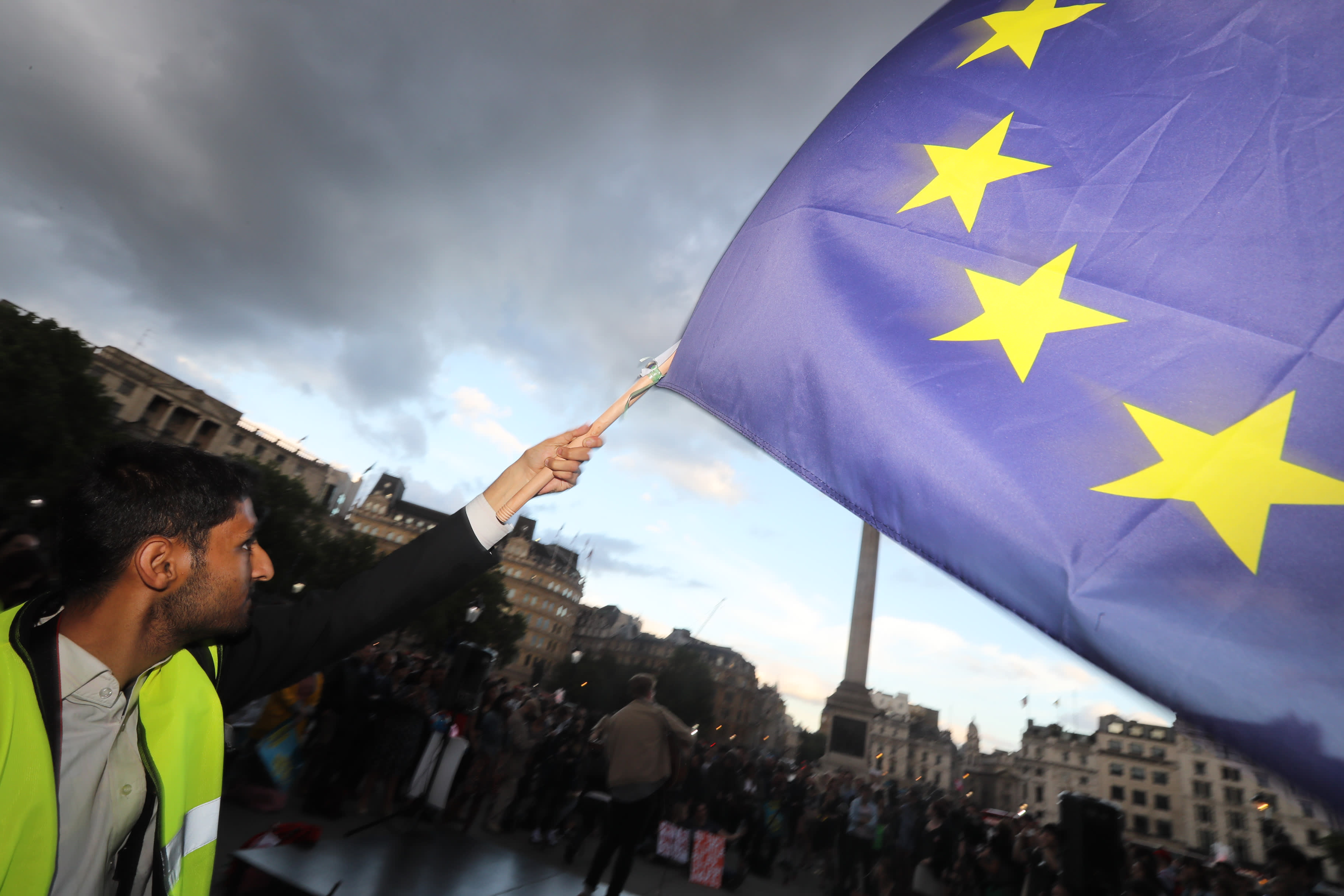 JAKARTA -- Inconclusive negotiations in Brussels over the U.K.'s departure from the European Union are set to overshadow crucial trade talks between 51 Asian and European leaders in the Belgian capital this week.

Bargaining over the terms of Brexit look like spilling into Thursday, when EU and Asian leaders are due to head into the biennial Asia-Europe Meeting, or ASEM.

Uncertainties over Brexit have prompted many Asian companies to consider reducing U.K. investments, while a chaotic exit could send financial markets tumbling and fuel economic concerns triggered by the escalating U.S.-China trade war. And should the U.K.-EU talks eat into the time allotted for ASEM, a prospective EU-Association of Southeast Asian Nations meeting could be put on the back burner.

The EU is set to sign a free trade deal at ASEM with Singapore, the bloc's biggest trade and investment partner in Southeast Asia. Brussels has also lined up bilateral free trade talks with Indonesia, Malaysia, the Philippines and Thailand. European and ASEAN leaders are also set to hold talks after the ASEM gathering.

Even so, a chaotic "no deal" Brexit could work in one of two ways. While it would risk sidetracking the EU from tricky trade talks with Asia, Brexit could also make the bloc "more interested" in international agreements," according to Joergen Oerstroem Moeller, a senior visiting fellow at the ISEAS-Yusof Ishak Institute, a think tank at the National University of Singapore.

The EU "will not want to appear paralyzed or inward-looking after Brexit," Moeller said.

A spokesperson for the EU stated that the bloc "wants to continue to negotiate ambitious and balanced trade agreements with key partners in the region -- this is what we have been doing with Japan, Korea, Singapore and Vietnam."

European Trade Commissioner Cecilia Malmstrom said Wednesday that an "ambitious" trade deal with Vietnam could pave the way for an agreement with ASEAN.

The EU is ASEAN's largest source of foreign investment, and second biggest trade partner after China. Increased commerce between the two blocs could help offset any fallout from the trade war's impact on U.S.- or China-focused supply chains, many of which wind through Southeast Asia.

Asia could also become an even more important partner for the EU, with tensions running high between Washington and Brussels.

U.S. Commerce Secretary Wilbur Ross on Wednesday called for quick results on trade talks with the EU, warning that progress was unsatisfactory. His remarks, reported by The Wall Street Journal, came hours after Malmstrom blamed the U.S. for not engaging with the European bloc to establish a trade agreement framework.

"Countries from both Europe and Asia are concerned about the uncertainties posed by the United States, especially in the context of rising protectionist trade policies of the Trump administration," said Rahul Mishra, senior lecturer at the Asia-Europe Institute at the University of Malaya.

But while both Europe and Asia have a common interest in closer ties and freer trade, several flash points are likely to come up in Brussels that could undermine trade discussions.

Indonesia and Malaysia provide around 90% of the world's palm oil and are likely to protest EU parliamentary proposals to limit imports of the commodity, while Cambodia and Myanmar are set to push back against European plans to reduce garment imports as punishment for human rights violations. China, for its part, is likely to want to know more about EU proposals announced last month to boost infrastructure links between Europe and Asia, which many have taken as a challenge to Beijing's trillion-dollar Belt and Road infrastructure initiative. European business will also press China, which will be represented in Brussels by Premier Li Keqiang, on better market access for European companies operating in China.

Toyota Motor, Japan's biggest automaker, will have to reconsider future investment in the U.K. if the country leaves the EU without an agreement with the bloc, executives told Nikkei earlier this month.

Japanese Prime Minister Shinzo Abe, who will also be in Brussels, and British counterpart Theresa May issued a statement in August saying that they will "work to quickly establish" a bilateral trade partnership with an eye to the U.K.'s imminent divorce from the European Union. This came a month after the EU signed its biggest trade deal with Japan.