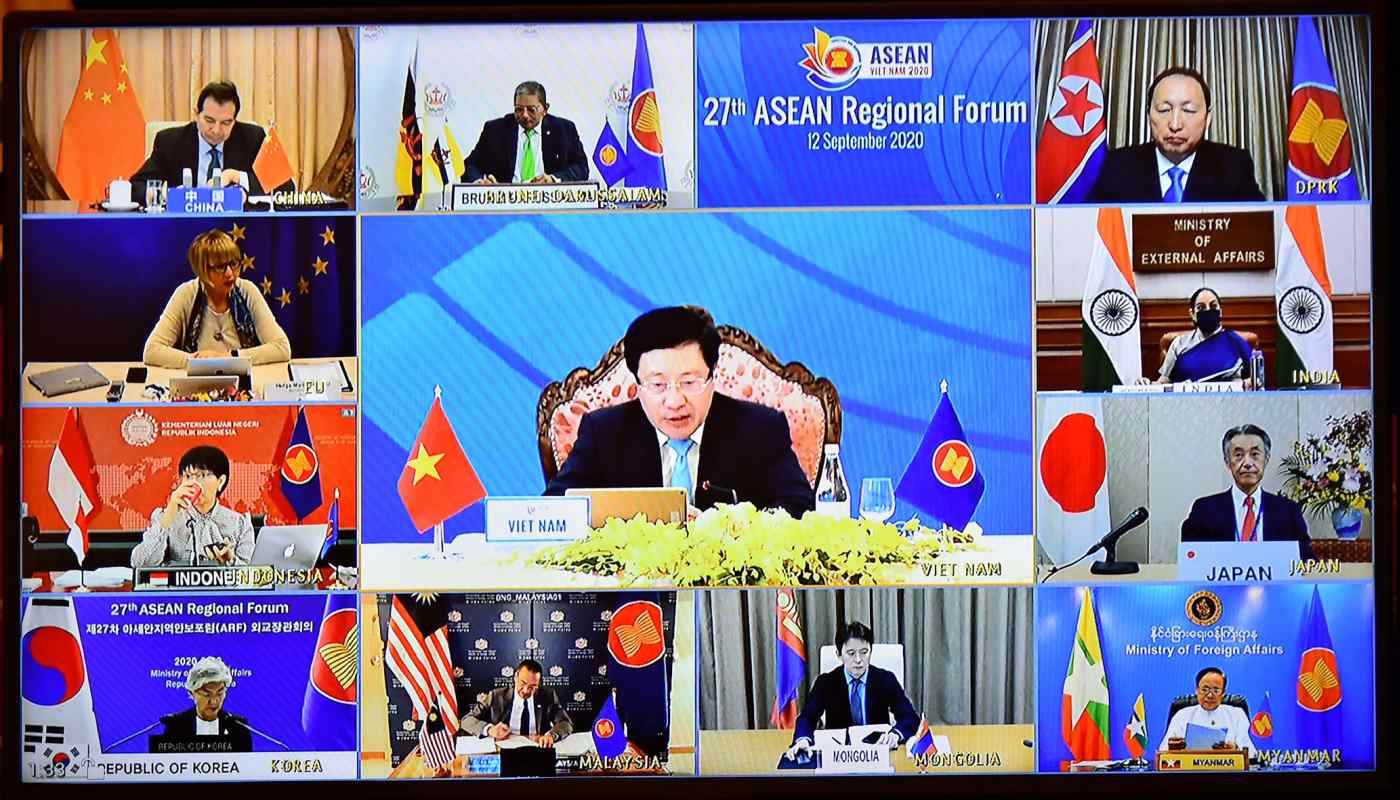 HANOI (Kyodo) -- Asia-Pacific foreign ministers expressed fears about the recent security environment in the region at an online meeting hosted by Vietnam on Saturday, touching on the South China Sea dispute, Hong Kong affairs and the North Korean nuclear issue.

The 27-member ASEAN Regional Forum, including the 10 Association of Southeast Asian Nations, the United States, China and Japan, is one of the very few multilateral events attended by North Korea's foreign minister almost every year.

With escalating Sino-U.S. tensions affecting security and economic structures in the region, many foreign ministers, at the gathering, raised matters such as China's military activities in the nearby waters and human rights.

Vietnam's Deputy Prime Minister and Foreign Minister Pham Binh Minh said at the outset of the forum that it is "important" to reduce security risks by creating "mutual trust and confidence" amid an increasingly complicated regional situation.

New coronavirus vaccine development may have also been a source of conflict between the United States and China at the meeting, while remarks by North Korea, which has not carried out ballistic missile tests for more than five months, were of interest.

Beijing has rapidly built artificial islands with military infrastructure in the South China Sea, further chilling relations with the United States that has been intensifying its offensive against the Asian power over security issues.

Washington said in July that it is taking a tougher stance against Beijing's maritime assertiveness, calling its claims to offshore resources across most of the contested waters "completely unlawful."

China has been at odds with four ASEAN members -- Brunei, Malaysia, the Philippines and Vietnam -- as well as Taiwan over jurisdiction in the South China Sea, a strategic waterway through which more than one-third of global trade passes.

"The South China Sea must be a sea of peace, stability and trade, and never become an arena for contention," Malaysian Foreign Minister Hishammuddin Tun Hussein said at the meeting, according to a document seen by Kyodo News.

"Southeast Asia intends to remain the master of its own destiny with the sole aim and purpose of ensuring peace and stability in our region," he added.

On July 14, U.S. President Donald Trump signed an order to fully end the special treatment extended to Hong Kong under U.S. law, saying that he will hold China accountable for its "oppressive actions" against the people of the territory.

The implementation of the controversial national security legislation "undermines the international community's trust in the principle of 'one country, two systems' framework," Motegi was quoted as saying.

Under the mainland's one country, two systems policy, Hong Kong was promised it would enjoy the rights and freedoms for 50 years following its return to Chinese rule in 1997.

From North Korea, An Kwang Il, ambassador to Indonesia, joined the security forum instead of the foreign minister. The nation's economy has been hit hard by the global virus pandemic and natural disasters.