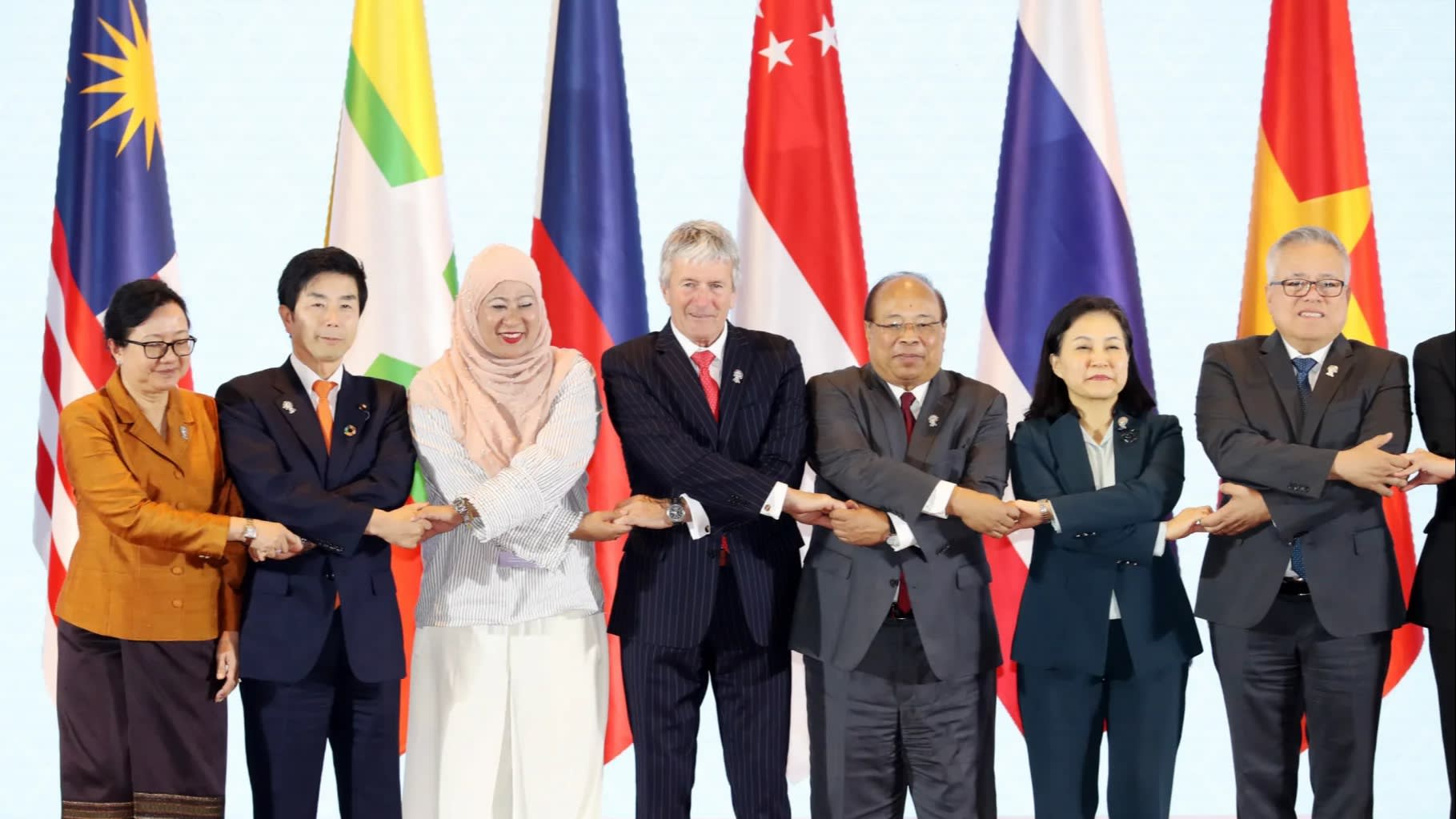 Ministers of RCEP member nations gather for negotiation in Bangkok on Nov. 1. (Photo by Rie Ishii)

BANGKOK -- Representatives of 16 Asia-Pacific countries including China, Japan and India on Friday ended ministerial talks here on a proposed trade megadeal without a clear agreement despite efforts to reach a "substantial conclusion."

Leaders of the nations will meet on Monday. They are expected to release a joint statement on the status of the long-overdue deal, which has been in the works for the last seven years.

Japanese Vice Trade Minister Hideki Makihara told a news conference that the progress of the negotiations will be revealed in the joint statement on Monday, but declined to elaborate.

Multiple diplomatic sources said that there could be a last-minute effort to salvage the deal before the summit.

Ministers from the countries taking part in the Regional Comprehensive Economic Partnership negotiations met on the sidelines of the ASEAN and East Asia summits to work out the final portions of what would be the world's largest trade agreement.

The pact, which includes tariff cuts and protections for intellectual property, would mark a comeback for multilateral trade liberalization against a wave of protectionism spearheaded by U.S. President Donald Trump.

RCEP brings together the 10 members of the Association of Southeast Asian Nations, plus China, Japan, South Korea, Australia, New Zealand and India. These countries are home to 3.6 billion people, or nearly half the world's population, and account for around one-third of global gross domestic product.

Thailand, as this year's ASEAN chair, has sought to push the process forward over the past few months. Sources close to the talks said the countries had settled most of the roughly 20 points up for negotiation by the end of the previous ministerial meeting, held in Bangkok on Oct. 11 and 12.

ASEAN leaders originally proposed the idea of RCEP in 2012, and the talks began in 2013. Last year, it became clear that the biggest challenge was to persuade India, which wanted more safeguards due to its large trade deficit with China.

New Delhi's resistance reportedly irritated Beijing, which at one point proposed going ahead without India. China was eager to wrap up the deal to expand its access to Asia-Pacific markets.

For China, RCEP is also a tool to present itself as a flag-bearer of free trade in contrast to Trump's U.S., even though the Chinese government maintains many of its own protectionist policies.

One of Trump's first acts as president was to withdraw from the Trans-Pacific Partnership -- a similarly ambitious trade deal -- and he has since engaged China in a bitter tariff battle.