Ending loans to China on the agenda at Fiji meeting 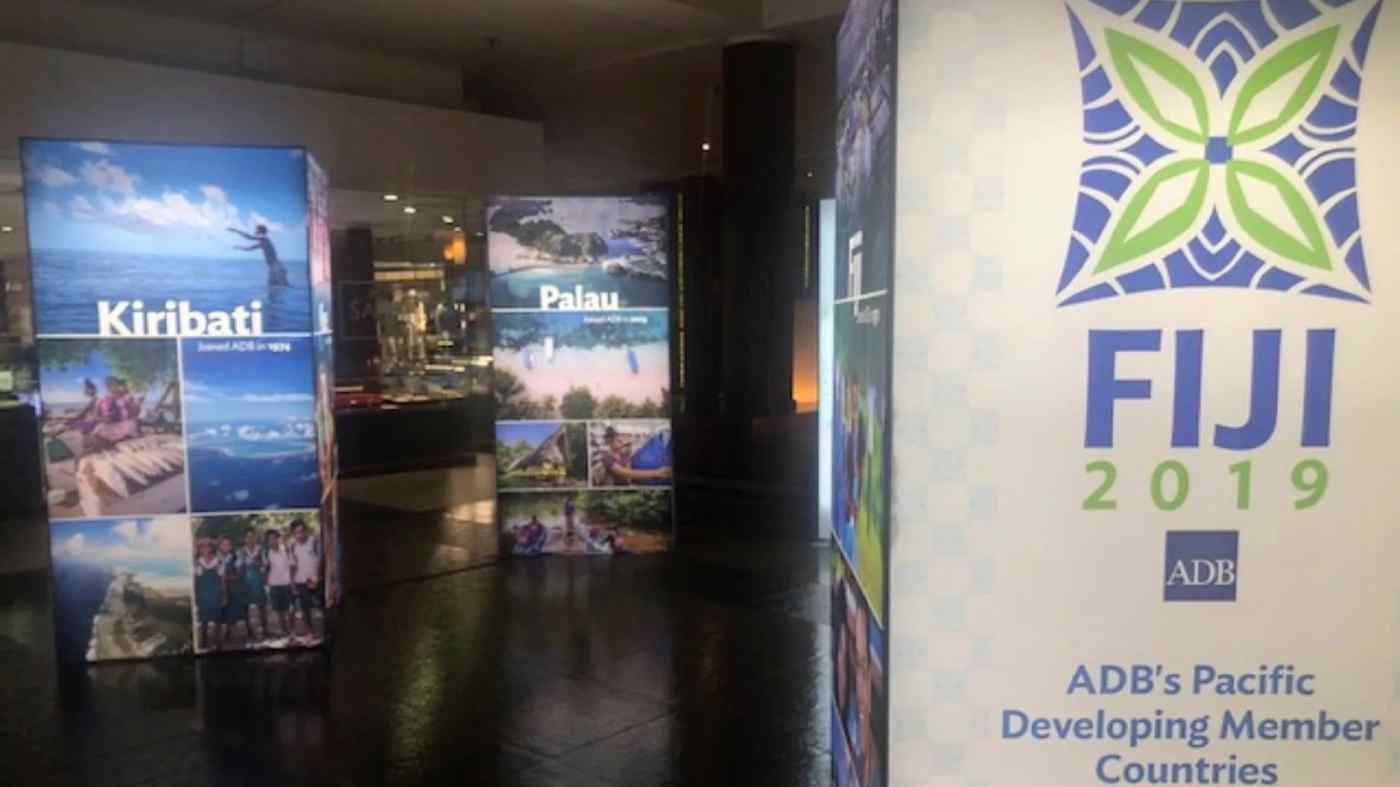 NADI, FIJI -- The Asian Development Bank plans to spend $80 billion through 2030 to build infrastructure that will help protect Asian countries from the impact of climate change, a central topic at the board of governors meeting that began here Wednesday.

The annual gathering brings together finance ministers, central bankers and other officials from the lender's 68 member countries and regions to discuss Asian development and financial cooperation. This is the first such meeting to be hosted by one of the ADB's Pacific island members, which are particularly vulnerable to climate change.

ADB members also likely will debate how to handle financing for China going forward. The lender's 2030 strategy calls for the institution to discuss having members that reach a certain income level "graduate" from aid, in "close consultation with the country" in question.

Tokyo has pushed the ADB to stop granting new loans to Beijing, and Japanese Finance Minister Taro Aso is expected to stress the importance of abiding by the graduation standard without singling out China by name.

The ADB event, which runs through Sunday, overlaps with a meeting here of finance ministers and central bank governors from the Association of Southeast Asian Nations along with Japan, China and South Korea.

The officials will discuss adding local currencies including the yuan and yen to the Chiang Mai Initiative -- a currency swap framework aimed at preventing a repeat of the 1997 Asian currency crisis -- to reduce the safety net's reliance on the dollar.