Asian oil buyers tested by US plan for Gulf coalition

Japan, India and China pressed to provide own protection in vital sea lane 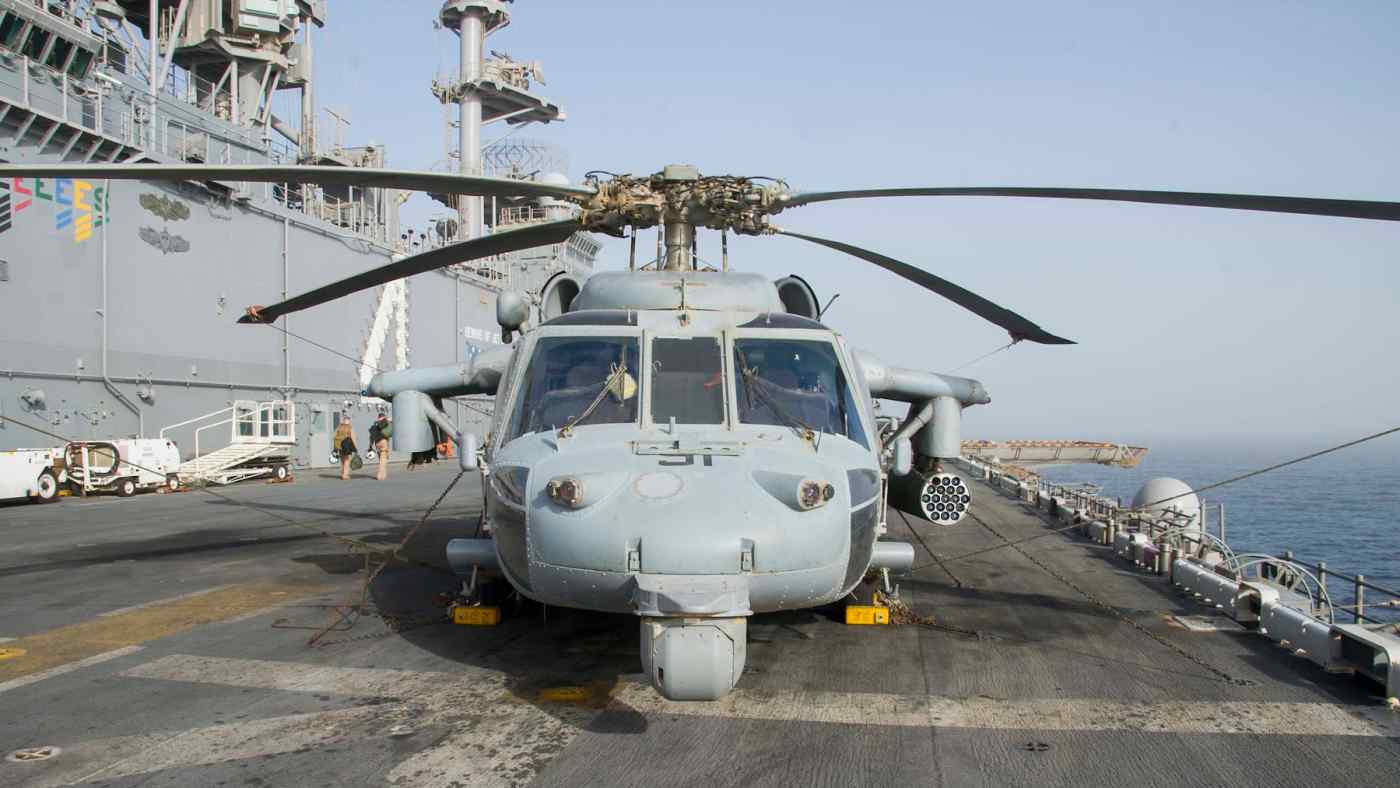 WASHINGTON/DUBAI -- The U.S. held a multinational gathering Friday to discuss protecting ships in the Strait of Hormuz, putting pressure on countries in Asia -- which consumes over 70% of oil shipped through the strait -- to share more of the burden.

Representatives from Japan and elsewhere participated in the unofficial briefing by officials from the State and Defense departments, which covered Washington's goals and the roles it hopes to have partners play.

Another meeting is scheduled for next Thursday in Tampa, Florida, site of the headquarters of the U.S. military command in charge of the Middle East.

The event came the day after U.S. President Donald Trump said an American ship in the strait had destroyed an Iranian drone that had reportedly ignored warnings to stand down, in a sign of mounting tensions.

The coalition proposal stems from Trump's insistence that countries take responsibility for protecting their own ships instead of relying on Washington, especially with the U.S. itself using less Middle Eastern crude in recent years.

"The United States has very few tankers going in because we're using our own energy now," Trump told reporters Friday.

The initiative also appears to be a means of building a network to contain Iran in the name of cooperation in the strait, though Washington stressed at the briefing that this would not be an anti-Tehran military coalition.

The Strait of Hormuz links the Persian Gulf, which borders Saudi Arabia and other major oil producers, with the Gulf of Oman. About 30% of the world's oil passes through a waterway less than 40 km wide at its narrowest point.

Asian countries are the top destinations for crude oil traveling through the strait, according to U.S. research firm ClipperData. China tops the list at 18% of shipments in 2018, followed by India at 16% and Japan at 14%.

China depends on Middle Eastern oil to fuel its economic growth, and Japan remains reliant amid the gap left by nuclear power capacity taken offline after the March 2011 meltdowns. If the strait is blocked, the economic consequences for Asia would be severe.

The U.S., on the other hand, is on the path to energy independence thanks to the shale oil and gas boom. It imported just 8% of crude going through the Strait of Hormuz last year, down 3 percentage points from four years earlier.

The contrast is even starker in terms of the percentage of each country's total oil and petrochemical imports that comes through the strait, with the figure exceeding 50% for Japan and India while clocking in above 10% for the U.S.

Securing a supply route for Middle Eastern crude is no longer as pressing a priority for Washington as it once was. This shift appears to be among the reasons for the coalition-building effort.

U.S. National Security Adviser John Bolton is set to travel to Japan, where he will meet Monday with officials including Foreign Minister Taro Kono. The Gulf coalition is expected to be on the agenda. U.S. national security adviser John Bolton is seen in the the Oval Office of the White House on July 19.   © Reuters

India was among the quickest to respond to Washington's calls for oil buyers to protect their ships, independently sending two naval vessels to the Persian Gulf for this purpose.

South Korea has said it will consider joining the coalition if asked. This is believed to be out of consideration for its alliance with the U.S. and to avoid a rift that could hinder Seoul's efforts to encourage Washington to resume nuclear talks with North Korea.

China, which has a friendlier relationship with Iran, is expected to distance itself from the initiative. Geng Shuang, a spokesman for China's Ministry of Foreign Affairs, signaled a wait-and-see stance in a news conference Friday.

The response from Europe -- which is sensitive to the geopolitical risks surrounding Iran -- has been mixed, but the U.K. has dispatched a second warship to the Gulf.

As long as Washington can keep tensions in the strait under control, other countries should have little trouble participating in the coalition. But that would change if the situation escalated into outright conflict.

As tensions mount, the unity of countries caught in the tug of war between Washington and Tehran will be tested.