Austin in Singapore: US seeks no China fight but 'will not flinch' 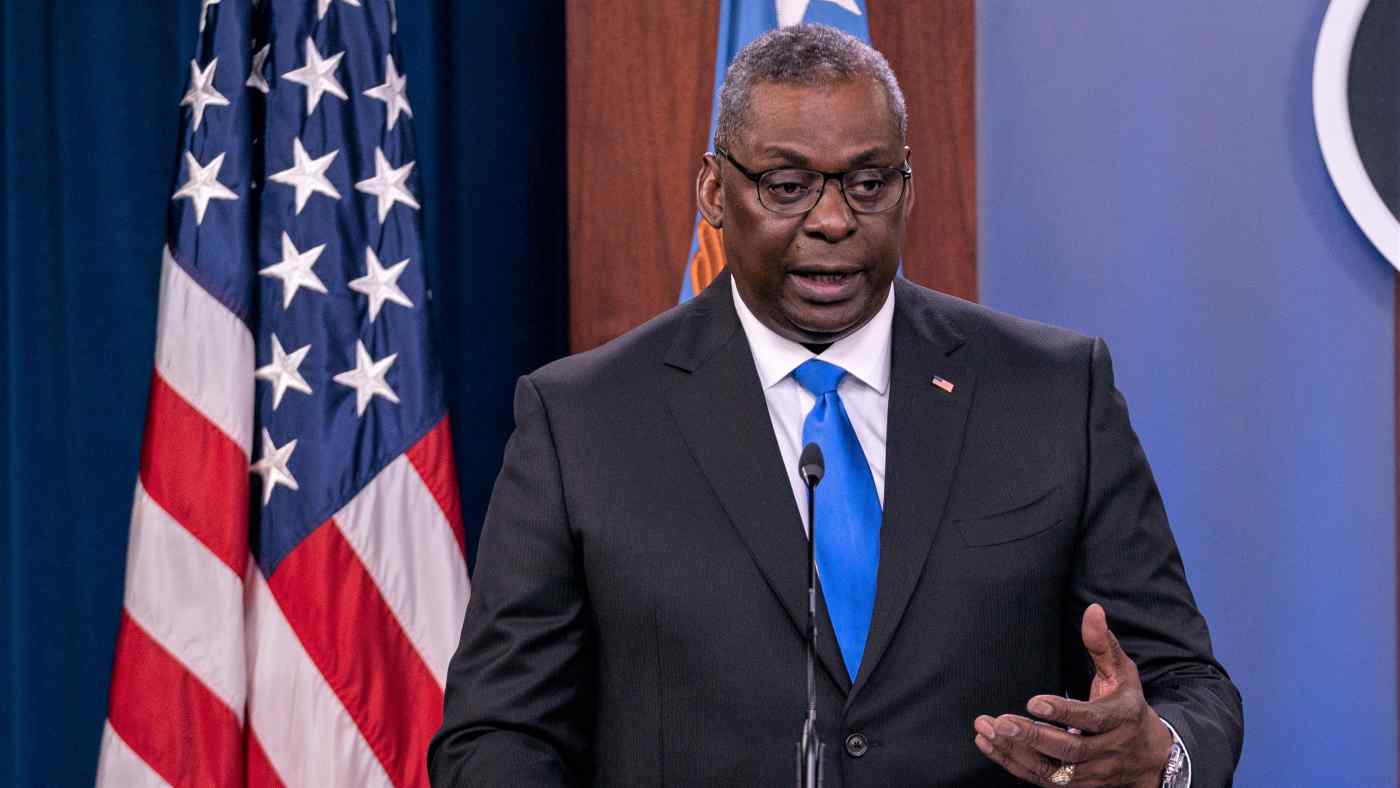 SINGAPORE -- The U.S. seeks no confrontation with China but "will not flinch" when its interests are threatened, Defense Secretary Lloyd Austin said Tuesday in a wide-ranging speech in Singapore.

Speaking on the first stop of a Southeast Asian tour that will also take him to Vietnam and the Philippines this week, Austin presented a case for a greater American presence in the Indo-Pacific.

Noting how China has asserted itself in geopolitical contests, including in the South China Sea, Austin highlighted Beijing's "unwillingness to resolve disputes peacefully, and respect the rule of law."

"We have also seen aggression against India, destabilizing military activity and other forms of coercion against the people of Taiwan, and genocide and crimes against humanity against Uyghur Muslims in Xinjiang," he said.

The retired U.S. Army four-star general is the first member of U.S. President Joe Biden's cabinet to visit Southeast Asia, where countries including Vietnam, the Philippines, Malaysia and Brunei all have overlapping claims with Beijing in the South China Sea.

He flatly rejected China's claim to the vast majority of the waterway as having no basis in international law, saying this "assertion treads on the sovereignty of the states in the region."

At the same time, he said, "These differences and disputes are real, but the way that you manage them counts."

As defense secretary, he said he was committed to "pursuing a constructive, stable relationship with China," including stronger mechanisms for crisis communications with the Chinese People's Liberation Army.

"Big powers need to model transparency and communication, so we hope that we can work together with Beijing on common challenges," Austin remarked.

While many Association of Southeast Asian Nations states and other countries appear to feel pressed to take sides in the rivalry, Austin stressed they face no such choice. "We are not asking countries in the region to choose between the United States and China," he said.

The secretary noted how many of America's partnerships in the region are older than the People's Republic of China itself, founded in 1949. He cited this as part of the U.S. reasoning for expanding its work with countries in the Indo-Pacific, including ASEAN.

Repairing old relationships has been a major theme for the Biden administration in its early months. As defense secretary, Austin has traveled to Europe twice to work on mending ties strained during the Donald Trump administration. He has also visited Japan, South Korea and India, but this is his first visit to Southeast Asia.

She expressed to Wang concerns about "human rights, including Beijing's anti-democratic crackdown in Hong Kong; the ongoing genocide and crimes against humanity in Xinjiang; abuses in Tibet; and the curtailing of media access and freedom of the press," according to a State Department readout.

On the other hand, Xie told Sherman that the Sino-U.S. bilateral relationship is in a stalemate and faces serious difficulties because some Americans paint China as an "imagined enemy," the Chinese Foreign Ministry said.

Austin, for his part, looked beyond tensions with China in his speech, touching on the ongoing crisis in Myanmar and the impact of COVID-19.

"The Myanmar military's refusal to respect the inalienable rights of the Burmese people, and to defend their basic well-being is flatly unacceptable," he said.

Austin called on the regime to adhere to ASEAN's five-point consensus on the issue, which the military has largely disregarded.

The consensus included an immediate cessation of violence in Myanmar, constructive dialogue among all parties, appointment of a special ASEAN envoy to facilitate dialogue, provision of humanitarian assistance, and a visit by the envoy to Myanmar.

"As ASEAN plays its central role we are also focusing on complementary mechanisms in the region," Austin said.

On the COVID-19 pandemic and climate change -- both threats that transcend borders -- he advocated partnerships with the U.S. as a strategic imperative for the region.

"Nobody can go it alone, at least not for very long," Austin said. "I am confident that through our collective efforts the Indo-Pacific will rise again to the challenge, and America will be right at your side, just as an old friend should."

The two sides have military engagements on several fronts: They renewed an agreement on U.S. use of facilities in Singapore in 2019, while Singapore also has arrangements with the U.S. to base its fighter pilots and equipment on American territory, including Guam.

According to a statement from the Pentagon, Austin thanked Singapore for its logistical support to American military aircraft and vessels. The statement said this support is anchored on the shared belief that the U.S. presence in the region is vital for peace, prosperity and stability.