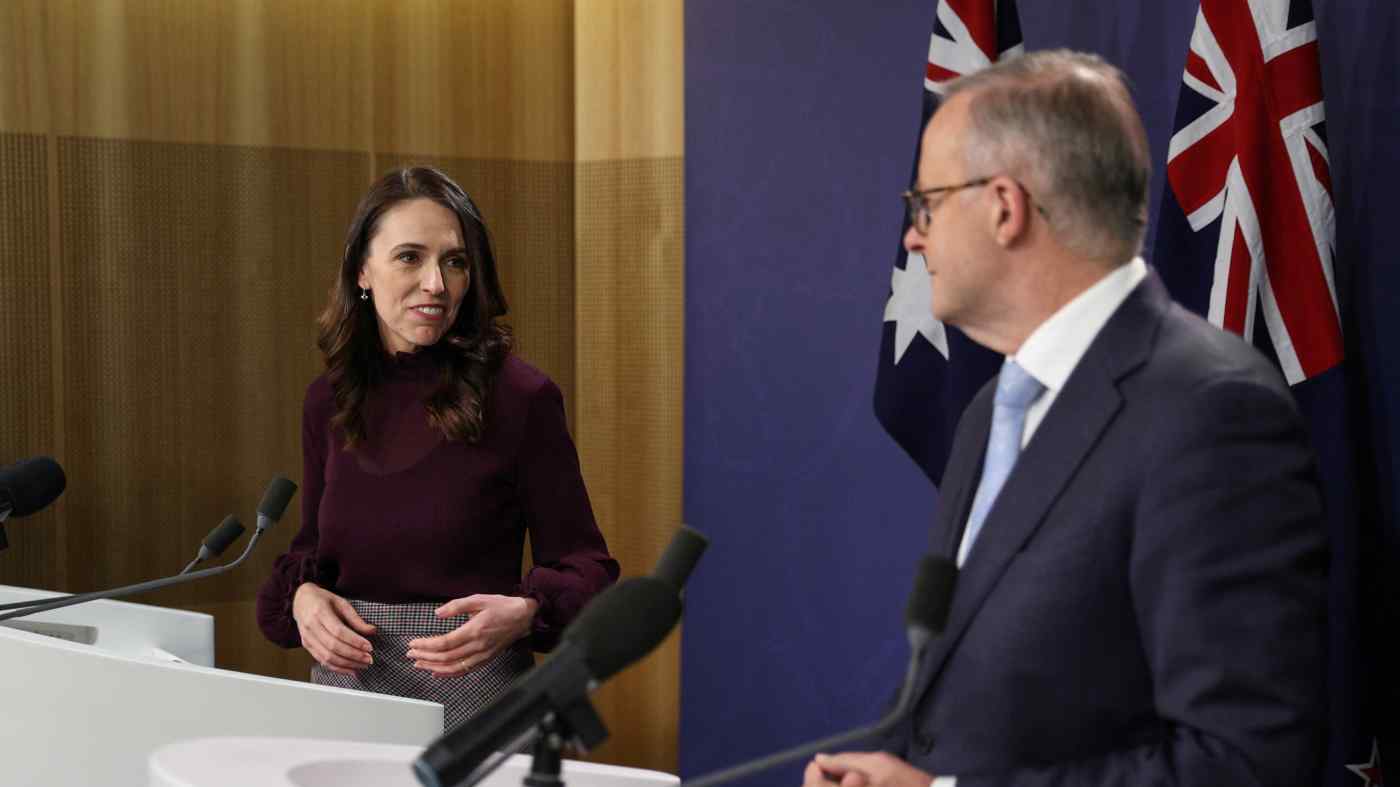 SYDNEY (Reuters) -- The leaders of Australia and New Zealand vowed on Friday to take their ties to "a new level" through greater collaboration on climate change and regional security.

Australian Prime Minister Anthony Albanese said the two countries shared concerns about the Pacific as China pushes to expand its influence in the region.

"We're in lockstep on the Pacific," Albanese told reporters in Sydney at a news conference with New Zealand Prime Minister Jacinda Ardern.

"The prime minister and I are determined to take Trans-Tasman relations to a new level," he said.

China recently struck a security pact with the Solomon Islands, to the consternation of the United States and its Australian and New Zealand allies, who have for decades seen the Pacific islands as largely their sphere of influence.

China has dismissed their concerns and is pressing ahead with building ties, saying it poses no military threat and development and prosperity benefit everyone.

Ardern, the first foreign leader to visit Australia since its election, welcomed Australia's new stand on the climate, adding that the election win signaled "an opportunity for a reset" of their relations.

"Climate change is a global issue, one that is writ large in our region, and we are very eager to work alongside our Pacific partners on this significant threat," said Ardern.

She said the governments wanted to see an elevation of Pacific Island voices in the region as, despite a lot of dialogue, many countries had not had a chance to speak for themselves.

Ardern also raised Australia's contentious deportation policy in her meeting with Albanese, who promised to "work through" issues.

Australia deports foreigners convicted of crimes as part of an immigration crackdown that can also strip dual-nationals of Australian citizenship.

The policy has seen hundreds of people deported to New Zealand, a country that some left when they were just children.

Some 670,000 New Zealand citizens - nearly 15% of the smaller country's population - live in Australia, according to official data.