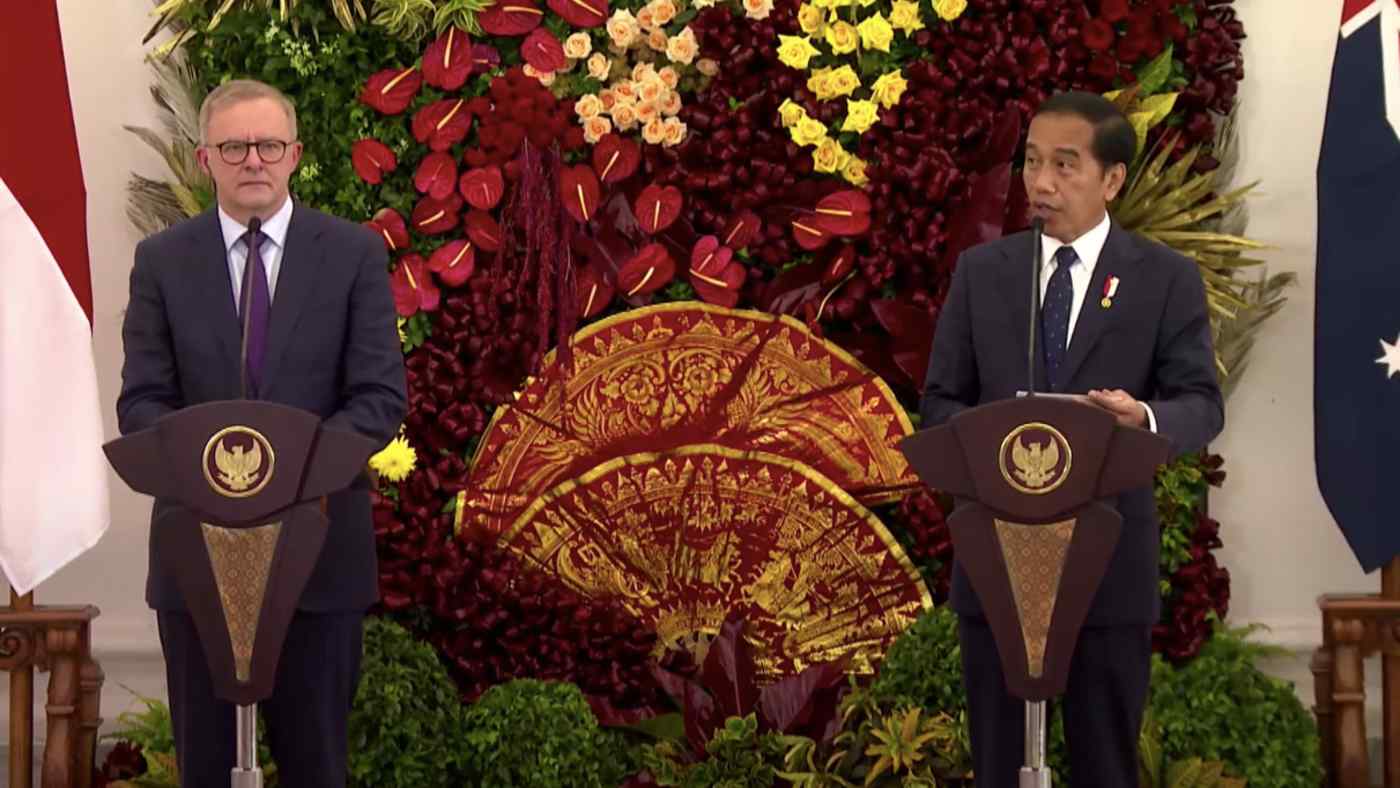 JAKARTA -- Australian Prime Minister Anthony Albanese during a trip to Indonesia on Monday pledged to support Southeast Asia with a package of 670 million Australian dollars ($482 million) as he seeks to deepen engagement with the region at the center of a new Indo-Pacific security campaign.

Indonesia, Southeast Asia's largest economy, will receive a grant of A$200 million to build infrastructure and climate resilience. Additionally, A$470 million will be disbursed to the 10 members of the Association of Southeast Asian Nations through bilateral and regional development assistance programs.

"Deepening engagement with Southeast Asia is a priority for my government," Albanese told a joint news conference after a two-hour meeting with Indonesian President Joko "Jokowi" Widodo at the presidential palace in Bogor, on the outskirts of Jakarta. "ASEAN and ASEAN-led institutions are at the absolute center of our vision for the Indo-Pacific."

Albanese said Canberra will appoint a high-level envoy to ASEAN and establish a Southeast Asia office in the department of foreign affairs and trade. In addition, his government will prepare an ASEAN economic strategy 2040 "to map current and future export and investment opportunities across key ASEAN markets."

Albanese, in Indonesia for three days through Tuesday, pledged to make relations with Australia's largest neighbor a foreign policy priority.

It is his first bilateral visit since taking office on May 23, though he previously traveled to Tokyo for a Quad summit. 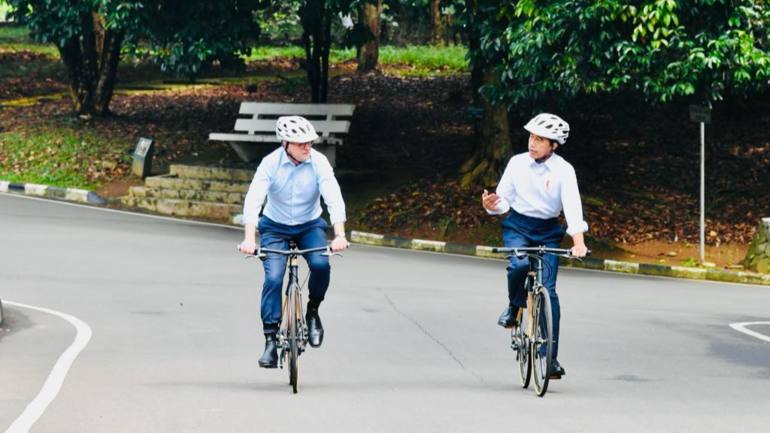 He and Widodo discussed plans to accelerate the implementation of the Indonesia-Australia Comprehensive Economic Partnership Agreement, which formally took effect in July 2020. The leaders also discussed strengthening their agriculture sectors and food security situations now that Russia's war in Ukraine is disrupting supply chains and sending global food prices soaring.

Albanese added his government will work with Australian super funds and other major investors to explore investment opportunities in Indonesia, which is "on track to be one of the world's five largest economies," he said. Major Australian companies such as Fortescue Metals Group and Sun Cable had earlier pledged to invest billions of dollars in Indonesia's renewable energy sector.

With China making inroads into the Pacific, the Australian leader cited a "recommitment" to the Australia-Indonesia memorandum of understanding on trilateral cooperation with the Pacific island nations -- "a framework for both of our countries to support the needs of our Pacific neighbors," especially in regard to climate issues, fisheries and agriculture.

Widodo, who has insisted on Indonesia maintaining neutrality toward China, said, "Strategic competition in the region needs to be well managed to avoid open conflicts."