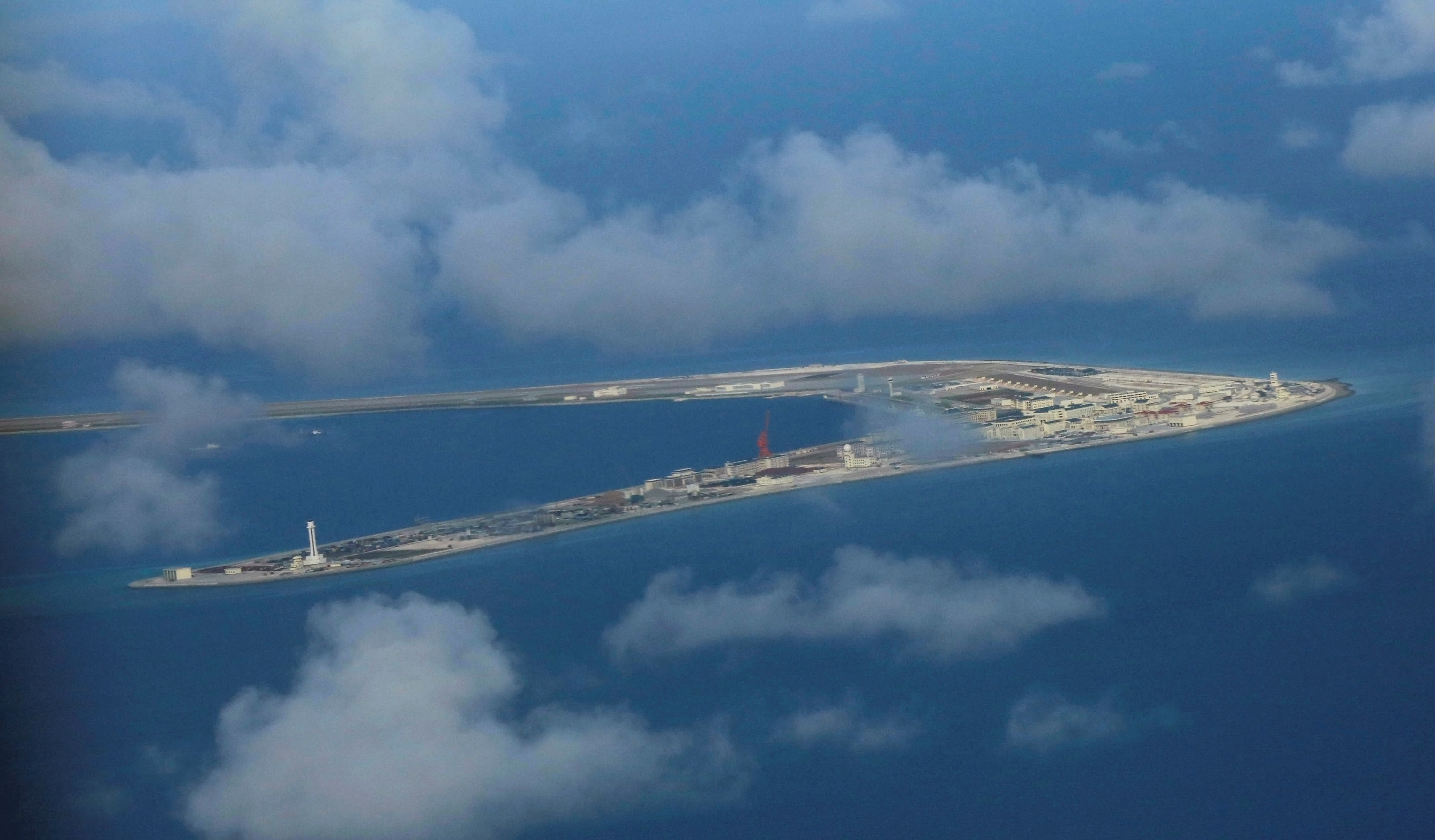 SYDNEY -- Southeast Asian leaders urged adoption of a code of conduct for the South China Sea at the end of a special summit hosted by Australia, sending a message meant to be heard in China.

The two-day meeting of the Association of Southeast Asian Nations and Australia ended here Sunday with a declaration emphasizing the importance of freedom of navigation, "non-militarization and the need to ... avoid actions that may complicate the situation," making what appears to be an indirect reference to Chinese island-building in the South China Sea.

The statement did not name China, but the country is a party to negotiations on a code of conduct for that body of water -- an area rife with sovereignty disputes.

Australia has expressed concern about China's construction of islands capable of serving as military outposts in the South China Sea.

But ASEAN remains far from united in its response to this activity, with some members -- notably Laos, Cambodia and the Philippines -- putting economic interests ahead of geopolitical concerns. Australia's government aims to deepen ties with Vietnam and other members that see China as more of a rival, and which may be more willing to share Canberra's concerns.

At the summit, Prime Minister Malcolm Turnbull's government signed a strategic partnership with Vietnam that covers security cooperation, as well as a memorandum of understanding on counterterrorism with ASEAN. All ASEAN leaders except Philippine President Rodrigo Duterte attended the summit, the first meeting with ASEAN heads hosted by Australia.

All nations have an interest in the region's peace and prosperity, Singaporean Prime Minister Lee Hsien Loong told reporters, adding that he hoped to hold negotiations on the maritime code of conduct relatively early this year.

Australia, India, Japan and the U.S. -- a group dubbed the Quad -- are pursuing a strategy for what they call "a free and open Indo-Pacific region," under which Washington has shown greater willingness to involve itself in the South China Sea situation. The USS Carl Vinson this month became the first American aircraft carrier to make a Vietnamese port call since the end of the Vietnam War.

Leaders also discussed North Korea at the weekend summit. Their declaration expresses "grave concerns about the escalation of tensions in the Korean Peninsula." Speaking with reporters, Lee welcomed a proposed meeting between U.S. President Donald Trump and North Korea leader Kim Jong Un, saying he hoped such steps would lead to lasting peace.