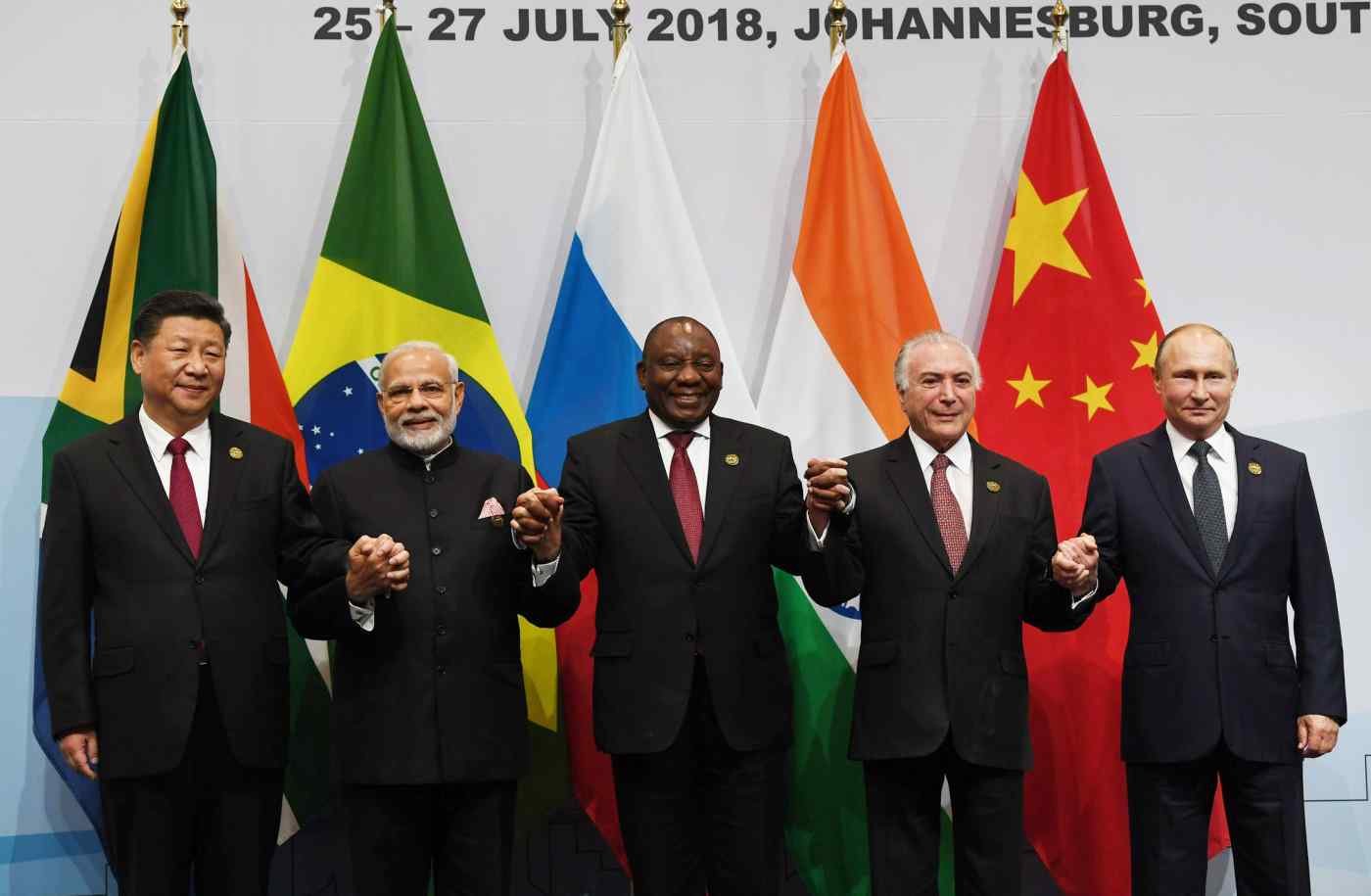 NEW DELHI -- Against the backdrop of trade tensions triggered by U.S. President Donald Trump, leaders of the world's five major economies have highlighted the importance of an "open" world economy that allows all countries to share the benefits of globalization.