Projects involving China, Japan and others axed due to environmental concerns 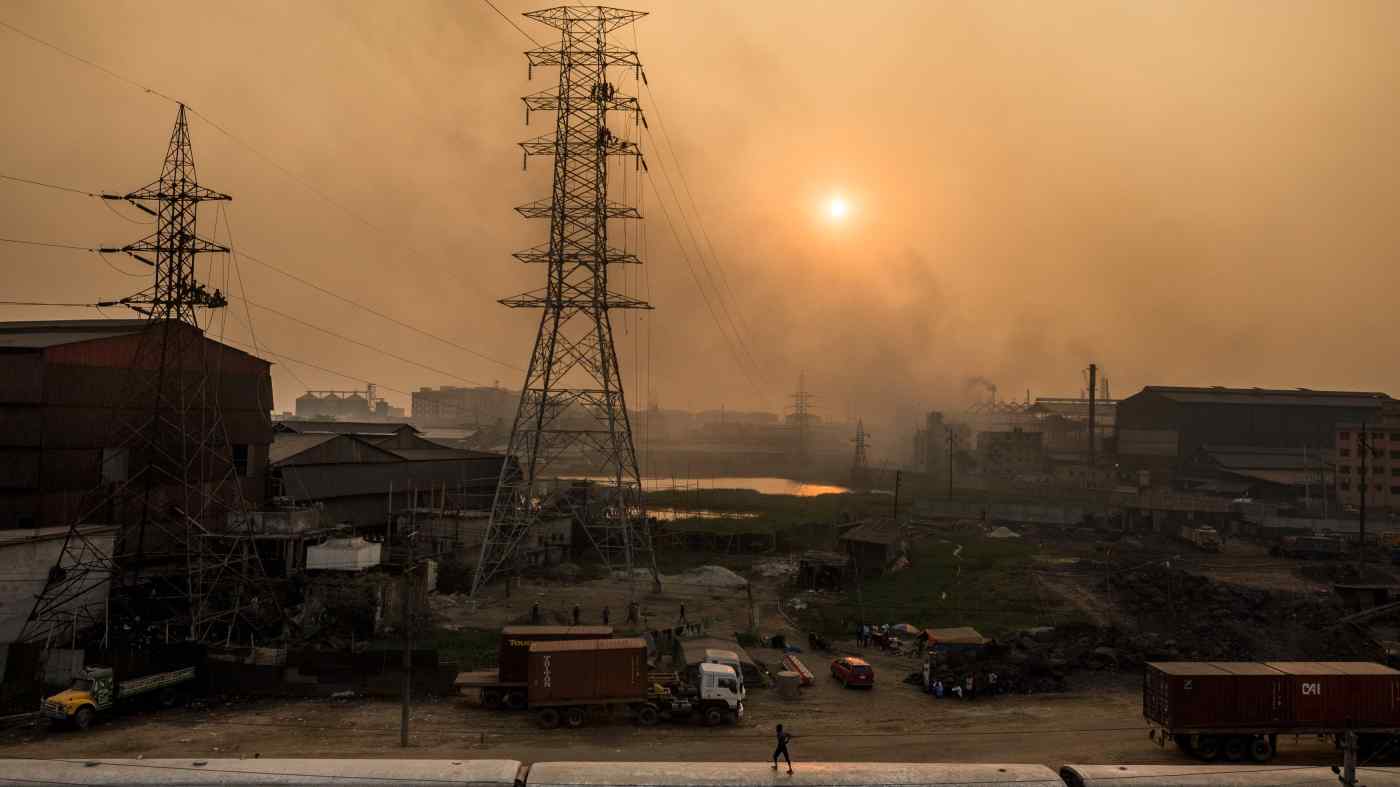 DHAKA -- In a major policy shift, Bangladesh has decided to scrap 10 proposed coal-fired power plants due to criticism from environmentalists and problems finding funds, raising concerns over the country's energy mix and relations with foreign investors.

Two of the canceled plants had been backed by Chinese funds, while others had investors from Japan, Singapore and Malaysia. The decision has removed about 8,711 megawatts total in planned power generation.

Junior power minister Nasrul Hamid said at a media briefing last week that the coal-fired plants were canceled due to the negative impact on the environment and lack of progress in getting the projects off the ground, despite having been approved long ago. He said the government prefers power plants based on liquid natural gas, liquid petroleum gas and renewables.

However, the government has not given up totally on coal-fired power plants. In a recent phone interview with Nikkei Asia, Hamid said, "Such a decision is yet to be taken. Timing will determine our actions."

Bangladesh has set a target to generate 40% of electricity from renewables by 2041, but the government is hesitant to undertake a "crash program" to realize the goal, Hamid said.

The canceled plants include: the China-backed Patuakhai and Maheshkhali power plants, each with 1,320 MW capacity; the Malaysia-backed Maheshkhali plant with 1,320 MW capacity; a joint Bangladesh-Singapore project; and a joint project between Japan's Sumitomo Corporation and state-owned Coal Power Generation Company Bangladesh. The remaining five projects were supposed to be funded locally.

Prime Minister Sheikh Hasina suggested late last month that five of the 10 planned plants could use LNG, but provided no details -- including whether they would involve foreign funding. "We are now examining which of the scrapped [projects] can be converted to LNG or other fuel," Habibur Rahman, a secretary at the Ministry of Power, told Nikkei. "The conversion will also depend on the interest of private sector sponsors. Their feasibility with LNG or other fuel, instead of coal, will also be considered."

Bangladesh has ample energy-generation capacity to cover its needs. The government is now rethinking the plans for the power sector that were prepared a few years ago when coal-fired electricity was the favored choice, due largely to the country's vulnerability to disasters induced by climate change. Additionally, Bangladesh's prime minister chairs the Climate Vulnerable Forum, a global body committed to achieving 100% renewable energy by 2050.

The G-7 countries in May pledged to stop fresh financing of coal-fired energy projects by the end of the year. The Asian Development Bank and Japanese banks support the move, while China informed Bangladesh in a February letter that it "shall no longer consider projects with high pollution and high energy consumption, such as coal mining and coal-fired power stations."

The U.S.-based Institute for Energy Economics and Financial Analysis also chimed in, saying that "Increased reliance on expensive imported coal and LNG is a burden the [Bangladesh] government simply can't afford to bear going forward."

Environmentalists applauded the government's decision on scrapping the plants but demanded a road map to eventually phase out all coal-fired power.

"That's a very welcome initiative and probably the government is considering a further reduction," said Atiq Rahman, executive director of the Bangladesh Center for Advanced Studies. Rahman said efforts should be made to invest in solar electricity, though a balance may be needed that includes low-emission and imported LNG or LPG to meet near-future energy demand.

M. Shamsul Alam, a professor at Daffodil International University in Dhaka, said the conversions of the power plants from coal to other fuels can be realized provided there is a basic analysis of whether the country will be gainer or looser from the policy shift. But so far the government has not followed through.

"We planned to generate electricity from coal only to get power at low cost, but that could not be established," Alam said, adding that "We think the government is doing everything arbitrarily."

"The more you rely on imported fuel, especially fossil fuel, other uncertainties will also arise."