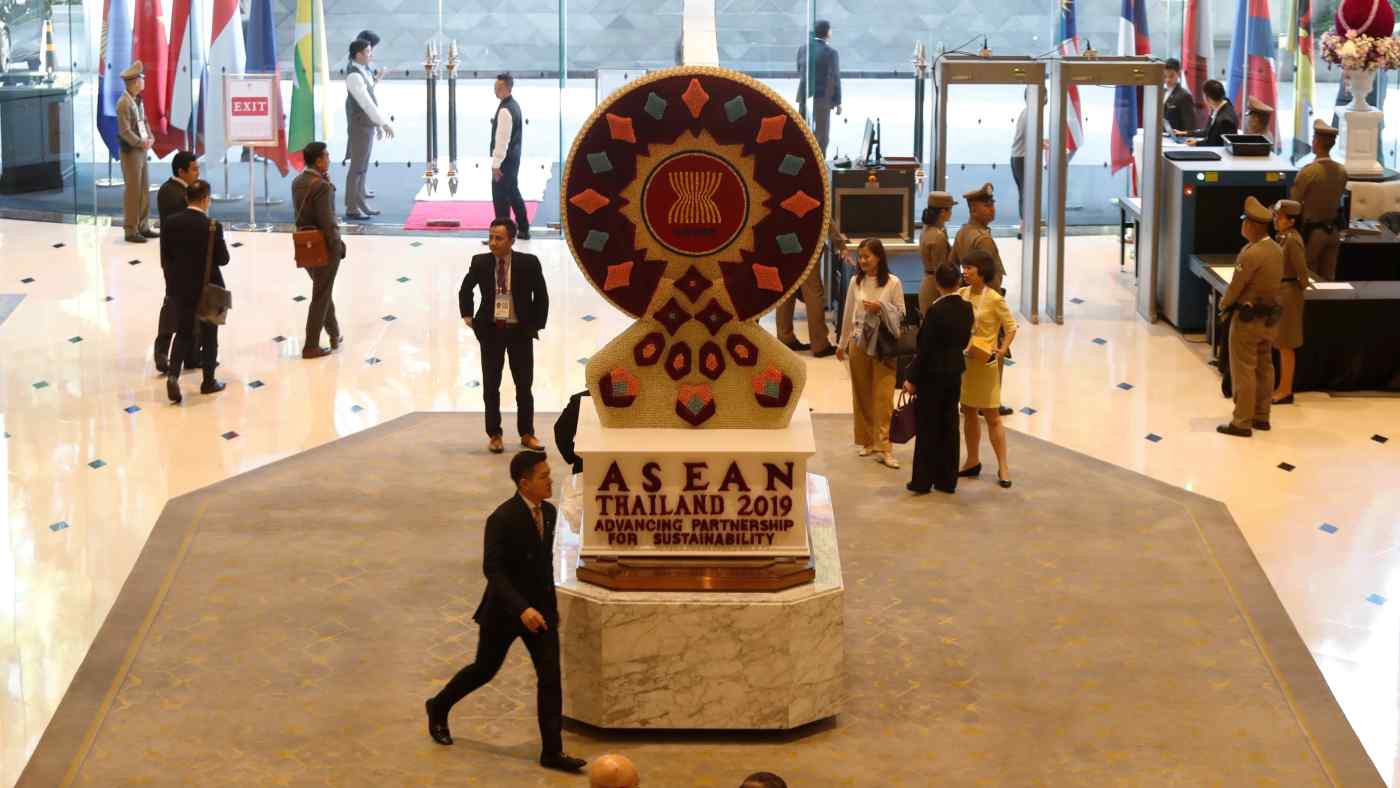 ASEAN ministers are also expected to urge for the denuclearization of the Korean Peninsula when they meet in Bangkok this month.   © Reuters
MARIMI KISHIMOTO, Nikkei staff writerJuly 20, 2019 05:15 JST | Thailand
CopyCopied

BANGKOK -- Southeast Asian countries are expected to express concern over Chinese activities that "erode trust" and "increased tensions" in the South China Sea at a foreign ministers meeting this month, according to a draft statement obtained by Nikkei.

Foreign ministers of countries belonging to the Association of Southeast Asian Nations "took note of some concerns on the land reclamations and activities in the area, which have eroded trust and confidence, increased tensions and may undermine peace, security and stability in the region," the draft said.

The language matches the chairman's statement from the ASEAN leaders' summit in June.

China has been at the center of U.S. accusations of militarizing the South China Sea as well as territorial disputes with ASEAN member countries, including the Philippines and Vietnam.

The U.S. conducted a freedom of navigation operation -- deliberately sailing near China's artificial islands -- in the South China Sea in May. The U.S. reported China tested anti-ship missiles there this month, a move that the Pentagon called "disturbing."

The Chinese Defense Ministry has denied the tests. But ASEAN ministers are expected to urge restraint all the same, encouraging countries to avoid actions "that could further complicate the situation and escalate tensions."

They will push for a swift conclusion of a code of conduct in the waters with China, and will welcome efforts to complete the first reading of a draft this year.

Chinese Premier Li Keqiang said in November that he hopes to finish negotiations on the conduct code within three years in a bid to bolster free trade.

When they convene in Bangkok from July 29 to Aug. 3, ASEAN ministers are also expected to urge for "the complete, verifiable and irreversible denuclearization of the Korean Peninsula."

In terms of the trade, "we reiterated our strong commitment to concluding the Regional Comprehensive Economic Partnership negotiations within 2019," the draft said. Participating countries had pushed back the timeline for inking the trade pact last year.

The ministers also will reaffirm "our support for a more visible and enhanced role of ASEAN to support Myanmar in providing humanitarian assistance" for the Rohingya crisis, the draft said.