Beijing-friendly Cambodia and Laos pushed out to ASEAN's fringe 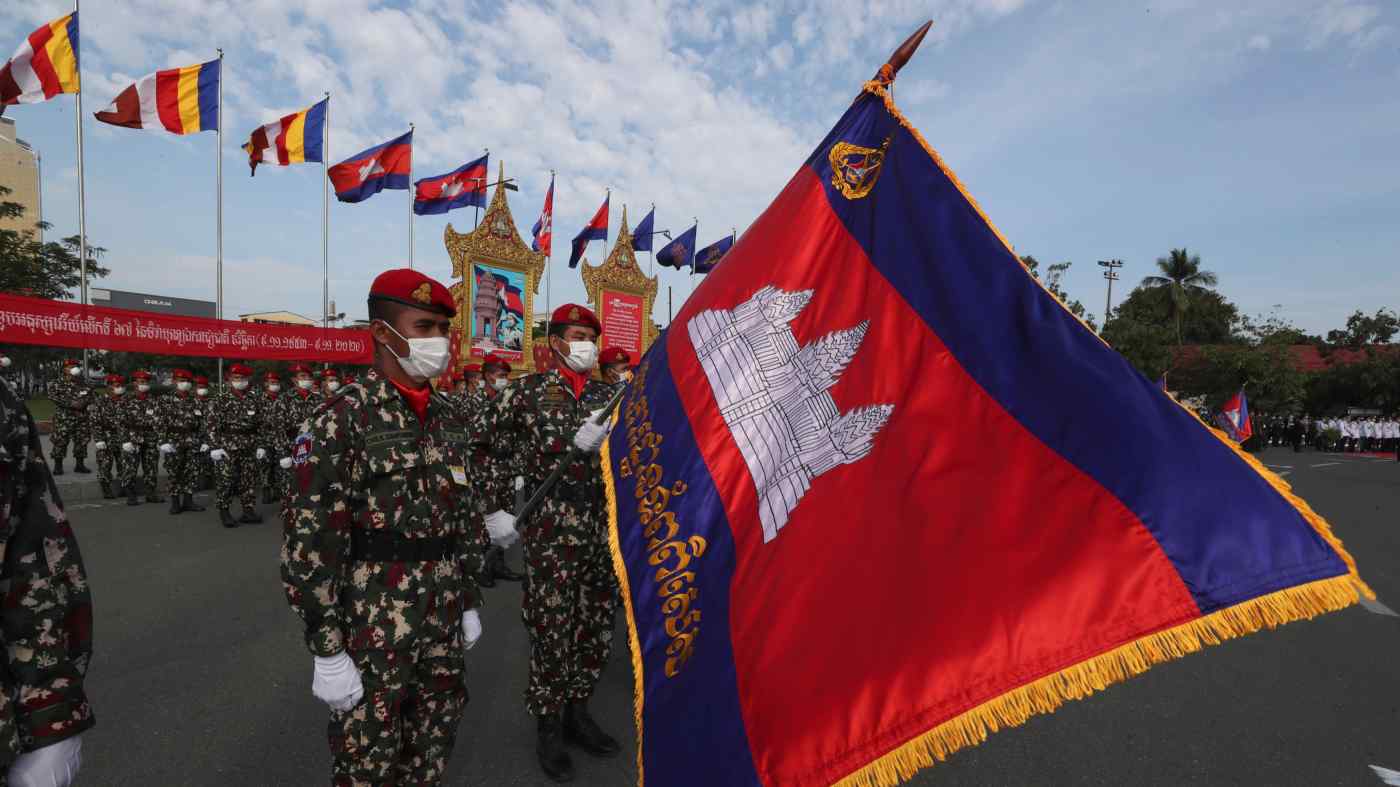 Laos was just an "outpost for China" and Cambodia's politics was "too personalized" around the country's longtime Prime Minister Hun Sen, the late Singaporean statesman said.

ASEAN, formed in 1967 as a Cold War bulwark against the spread of communism in Asia, should not have rushed to expand beyond its five founding members in the 1990s, Lee said, according to U.S. diplomatic cables released by WikiLeaks.

Those five were: Indonesia, Malaysia, the Philippines, Singapore, and Thailand.

While newer entrants "muddied" ASEAN values, the rise of China was becoming a fundamental issue, Lee argued. Beijing would present its rise as inevitable, advertise the benefits of sharing its growth and force countries to choose to be "friend or foe."

As the 37th ASEAN Summit gets underway, many of the weaknesses identified by Lee 13 years ago have proved Singapore's founder to be prescient. As China's ambitions in the region continue to grow in line with Lee's prognostication, ASEAN tensions have only increased.

Late last month, another prominent Singaporean, retired senior diplomat Bilahari Kausikan, provoked a furious response from Cambodian officials by suggesting the country and Laos could be booted from ASEAN for ceding influence to a foreign power, a thinly veiled reference to China.

Laos and Cambodia rely on Beijing as their most important benefactor and have been seen as acting as Chinese proxies.

Cambodia in 2012 took unprecedented action against its fellow ASEAN members by scuttling a joint statement that conflicted with Beijing's position on the contested South China Sea, where several of its Southeast Asian neighbors are claimants.

According to Kausikan, the retired Singaporean diplomat, Laos had shown a willingness to be slightly more flexible on the matter, while Cambodia's Hun Sen, who has reigned over the country since 1985, showed no regard for regional interest.

Should the country continue to cross the "red line" of 2012, it could force its ASEAN counterparts to make a "very difficult decision," Kausikan said. The over-the-top reaction to his comments from Cambodian officials, meanwhile, is best understood as a hint of a "guilty conscience" on their behalf, he posited.

"If you want to be part of a regional organization," Kausikan said, "you can't be entirely selfish. The patience of other members is not unlimited, and given the many challenges ASEAN is facing, if a limb becomes gangrenous, amputation may be the only option to save life."

Still, as frustrating as Cambodia's actions have been to its regional partners, expelling members from the bloc remains infeasible.

Mark Beeson, a professor of international politics at the University of Western Australia with a focus on Southeast Asia, called Kausikan's comments "overdue." Reliant on consensus to take diplomatic stands, ASEAN is now "hopelessly compromised" and "ineffective," he said.

"China is the proverbial threat or opportunity," Beeson said, "and ASEAN has never been able to make up its mind which it is ... and it doesn't want to be forced into making a choice on anything.

"The fact that Cambodia's in China's pocket now is just a real problem for the organization."

"It's not an independent power that can predetermine every result," he said, "but it's something that can manage and steer at least in the right direction."

Thayer said the frustrations that "one country can block ASEAN from moving forward" has added to a blocwide "malaise" that is now compounded by the COVID-19 economic slowdown. Then Prime Minister of Singapore Lee Kuan Yew being greeted at a reception in Singapore in 1972. In a meeting with U.S. diplomats in 2007, Lee offered a blunt assessment of some of the newer ASEAN members.   © AP

In his recent book, "In the Dragon's Shadow: Southeast Asia in the Chinese Century," author and journalist Sebastian Strangio notes ASEAN's key place in the region's diplomatic architecture but points out Chinese power has uncovered the group's shortcomings.

The bloc attempted to bind the "Chinese Gulliver" with "a thousand multilateral threads," while Beijing "thrust economic wedges of inducement" into rifts between members, Strangio wrote.

Speaking to Nikkei Asia, Strangio said that short of a China-U.S. conflict, the status quo is unlikely to change quickly.

"Things would have to get to a pretty extreme situation before you could count on there being a consensus over expulsion for any member state," Strangio said.

Huong Le Thu, a senior analyst at the Australian Strategic Policy Institute, agrees. The so-called "ASEAN Minus X" formula -- already used in economic affairs -- should be extended, she said.

The ASEAN Minus X formula, she explained, was like 'minilateralism' -- a way to work in smaller groups that only concern a small number of ASEAN member-states.

"There will be a lot of resistance towards seriously implementing ASEAN Minus on broader issues, and this has been a recurring problem," she said. "But given the chronic limitation within the ASEAN, it's certainly worth debating and thinking creatively how to make ASEAN more functional and relevant."

Kausikan says this debate has already begun. He noted ASEAN statements on the South China Sea in recent years have shifted from emphasizing consensus to expressing the majority view held by powerhouses such as Singapore, Indonesia, Vietnam, Malaysia and the Philippines, thus downplaying Laos and Cambodia's dissent.

"It is a small sign that members, while adhering to the principle of consensus, are beginning to redefine consensus so as not to let one or two members have a veto," Kausikan said. "Cambodia, in particular, should take note of this."