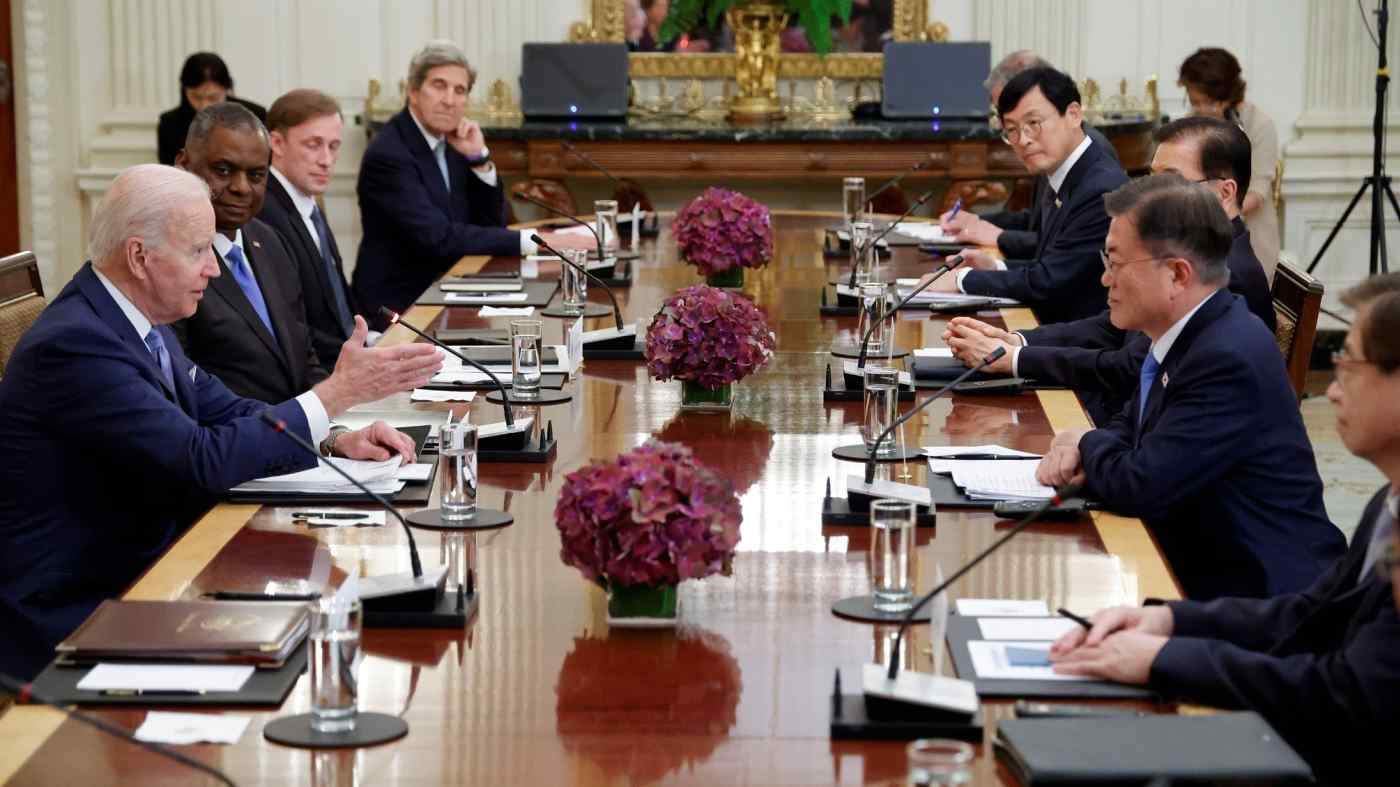 NEW YORK -- U.S. President Joe Biden and South Korean President Moon Jae-in showed unity regarding North Korea while papering over any differences on China when they met at the White House on Friday.

Biden said he is willing to meet with Kim Jong Un if the North Korean leader makes a commitment "that there's discussion about his nuclear arsenal." The American president said he will not agree to meet if giving Kim "international recognition" is the sole outcome of such a face-to-face.