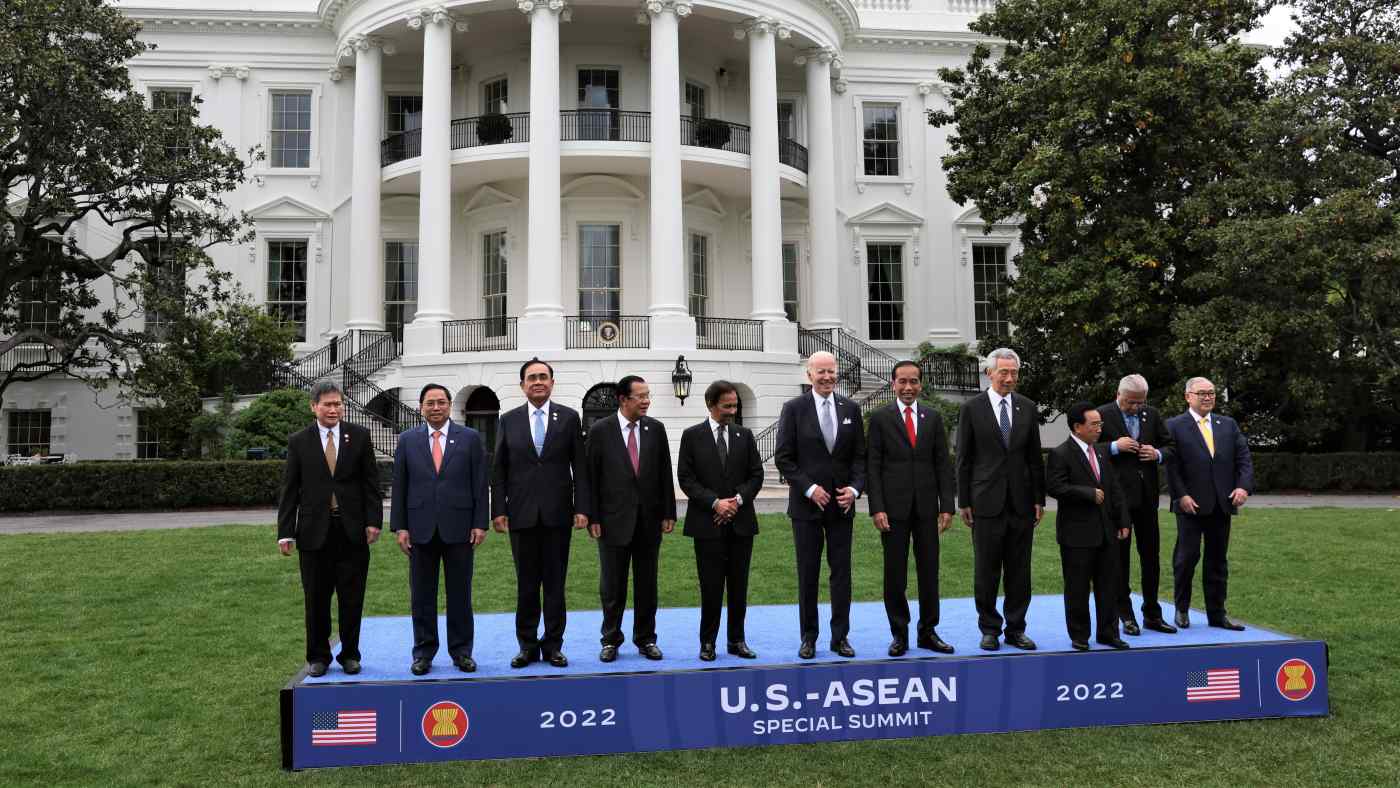 U.S. President Joe Biden poses for photographs with leaders from the Association of Southeast Asian Nations at the White House on May 12.   © Reuters
TSUBASA SURUGA and NANA SHIBATA, Nikkei staff writersMay 12, 2022 15:07 JSTUpdated on May 13, 2022 10:42 JST | ASEAN
CopyCopied

TOKYO -- Leaders from the Association of Southeast Asian Nations gathered in Washington on Thursday for a long-awaited summit with U.S. President Joe Biden, whose administration is keen to reassert itself in a region where China and Russia also have deep ties.

The special two-day summit commemorates the 45th anniversary of relations between Washington and the bloc, and is their first in-person meeting since 2017. Eight of the 10 ASEAN top leaders are attending. Philippine President Rodrigo Duterte, who will leave office in June, is skipping the summit, while Myanmar military leader Senior Gen. Min Aung Hlaing was not invited amid a diplomatic freeze-out of his regime.