Biden pushes trade to back burner while tackling domestic crises 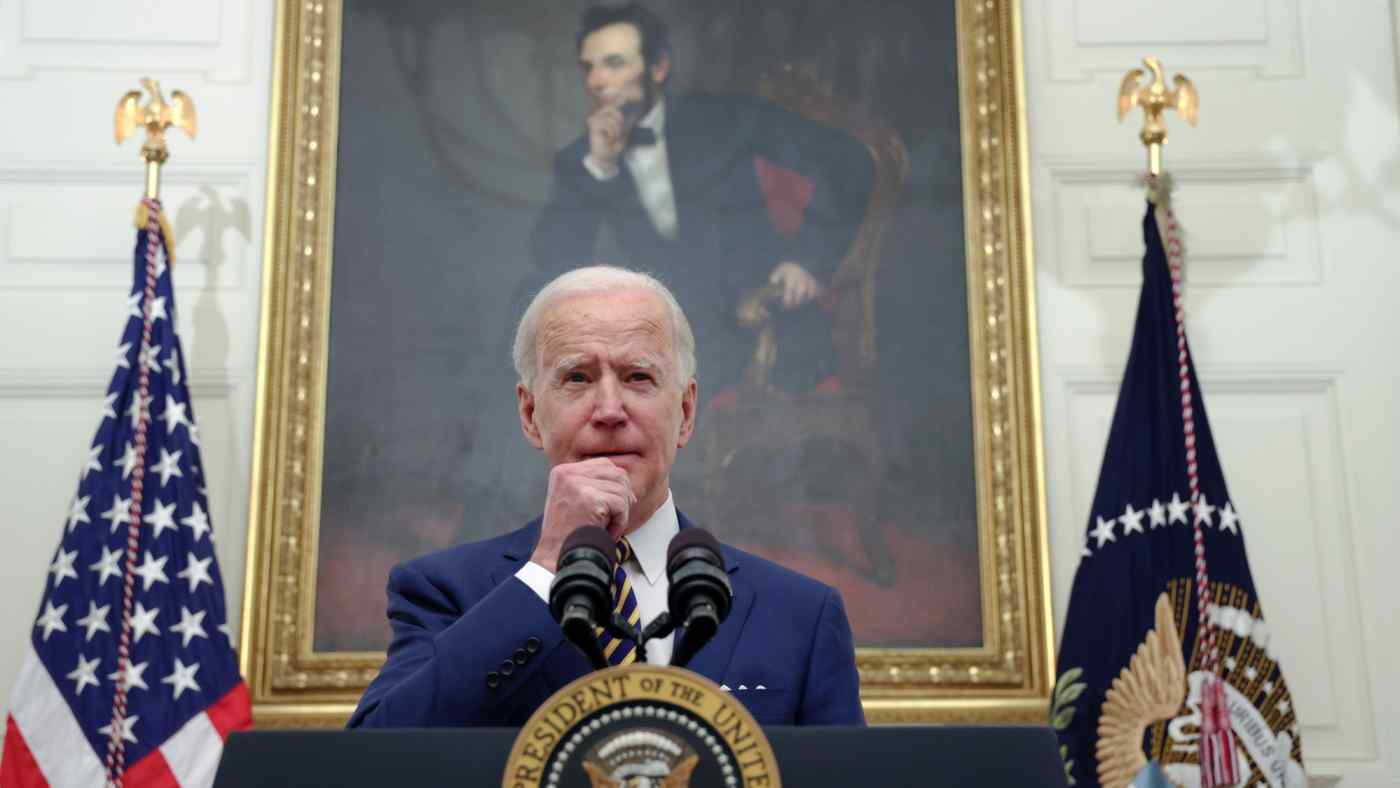 WASHINGTON -- Boris Johnson was eager to make a deal.

The British prime minister held his first official phone call with President Joe Biden on Saturday, telling the new U.S. leader that he wanted to conclude a trade pact as quickly as possible, a prime concern in the wake of Brexit.

"The Prime Minister reiterated his intention to resolve existing trade issues as soon as possible," according to a statement released by the U.K. side.

On the American side the statement said Biden conveyed his intention to "revitalize transatlantic ties, underscoring the critical role of NATO to our collective defense and shared values." There was no mention of trade.

The new U.S. administration inherits domestic crises including the coronavirus and the economy, and concluding trade agreements is not a priority.

The U.S. is unlikely to act soon on reentering the Trans-Pacific Partnership trade pact or forging a new arrangement with China as Beijing raises its profile in the global trading arena. The previous administration of Donald Trump, in stark contrast, jumped into trade negotiations quickly.

The U.S. and U.K. began formal talks on a trade pact in May. London was not alone in wanting to forge a new deal, as Washington also pressed forward in order to expand American exports. But with the change of administrations, it is unclear whether that momentum will be preserved.

White House press secretary Jen Psaki indicated during a daily press briefing Friday that the Biden administration will focus on the domestic economy for now. Psaki said it is important "that everything we do must help advance working families and the American middle class."

Biden also said repeatedly during last year's presidential campaign even before the pandemic hit that he would not sign new trade treaties unless they boosted investment into the U.S., indicating that this is not a policy position taken in response to the coronavirus.

"President Biden has been clear that he will not sign any new free trade agreements before the U.S. makes major investments in American workers and our infrastructure," she said.

The Trump administration initiated talks in its first year to renegotiate the North American Free Trade Agreement and the U.S.-South Korea trade deal. The U.S. concluded agreements last year with both Japan and China. Though trade is a major issue for the Biden administration, it ranks lower on the list of priorities.

Biden's trade policy will focus partly on whether to rejoin the TPP, the extensive pact whose 11 members include Japan, Canada, Australia, Singapore and Vietnam. He served as vice president under President Barack Obama, who signed the treaty. Trump withdrew the U.S. from the accord upon entering office.

Yet Biden said during the 2020 campaign that he would not enter the pact in its current form and that he would seek to renegotiate it.

Biden thinks the TPP "wasn't perfect and believes we need to make it stronger and better," Psaki said Friday.

A growing unease with globalization among the American public drives the Biden administration's reluctance to make swift moves on trade. A person close to congressional Democrats said Biden will emphasize investment in the U.S. in order to garner bipartisan support. Even if the TPP were renegotiated, big changes would be needed for Congress to ratify it, the source said.

Biden has called the TPP a necessary step to counter China, indicating that he does not take the pact lightly from a diplomatic perspective.

Similar deliberation appears likely regarding the so-called phase one trade deal reached with Beijing last January by the Trump administration, as well as the U.S. tariffs imposed on China.

But China has not been idle, having recently signed the Regional Comprehensive Economic Partnership spanning 15 Asia-Pacific nations while also showing interest in joining the TPP. Concern exists that while the U.S. shelves trade initiatives for now, China will use its massive purchasing power to restructure Asian trading in its own interest.

"We need to deal with this immediately, not put it on the back burner," notes a former official at the Office of U.S. Trade Representative.