Biden and Suga reaffirm US commitment on Senkakus 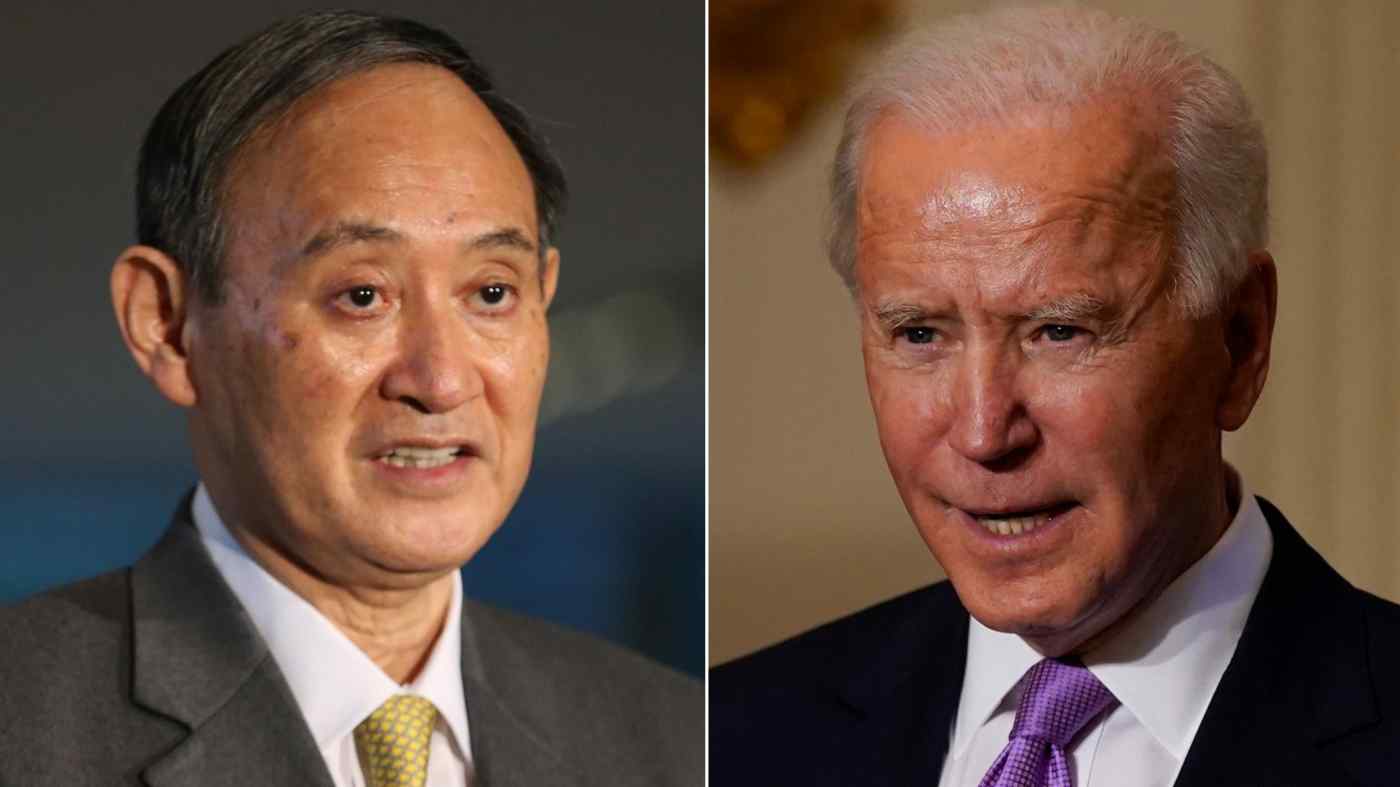 The leaders spoke for about 30 minutes in their first phone conference since Biden's inauguration on Jan. 20.

The two "discussed the United States' unwavering commitment to the defense of Japan under Article 5 of our security treaty, which includes the Senkaku Islands," the White House said.

Article 5 of the Japan-U.S. Security Treaty stipulates that: "Each Party recognizes that an armed attack against either party in the territories under the administration of Japan would be dangerous to its own peace and safety and declares that it would act to meet the common danger in accordance with its constitutional provisions and processes."

That is widely interpreted to mean that the U.S. side would treat any attack on the Japanese-administered Senkaku Islands, which China claims and calls the Diaoyu, as equivalent to an attack on American soil.

Biden's National Security Adviser Jake Sullivan also confirmed to his Japanese counterpart Shigeru Kitamura in a Jan. 21 phone call that Washington's defense treaty applies to the Senkakus. But the White House announcement after the call did not mention this exchange. "In his call with Mr. Kitemura, Mr. Sullivan underscored the importance we place on the U.S.-Japan alliance and our desire to work together to address key regional and global challenges, including COVID-19, China and the DPRK," National Security Council spokesperson Emily Horne said in the read out back then, referring to North Korea by its official name.

Biden invited Suga to attend a climate summit for major greenhouse gas emitters scheduled on Apr. 22, and Suga said he will plan to attend, according to Japanese government sources. The leaders will also cooperate on securing vaccines for COVID-19.

Biden and Suga agreed to bolster the Japan-U.S. alliance and to cooperate toward a "free and open Indo-Pacific," including through their Quadrilateral Security Dialogue with Australia and India. They discussed China's presence in the region, and Biden reaffirmed that the U.S. will provide "extended deterrence" to Japan by extending its nuclear umbrella over the country.

The duo will cooperate on denuclearizing North Korea, as well as resolving the issue of Japanese citizens abducted by Pyongyang decades ago.

"I hope to deepen my personal relationship with President Biden and work toward a stronger Japan-U.S. alliance," Suga later told reporters. "We had an extremely good discussion."

In terms of visiting the U.S., "we decided to prepare for a trip as soon as possible with an eye on the coronavirus pandemic," Suga said.

The leaders also agreed to work together on the coronavirus response and climate change. The Tokyo Olympic and Paralympic Games, which were delayed to this summer due to the pandemic, did not come up in the conversation, Suga said.