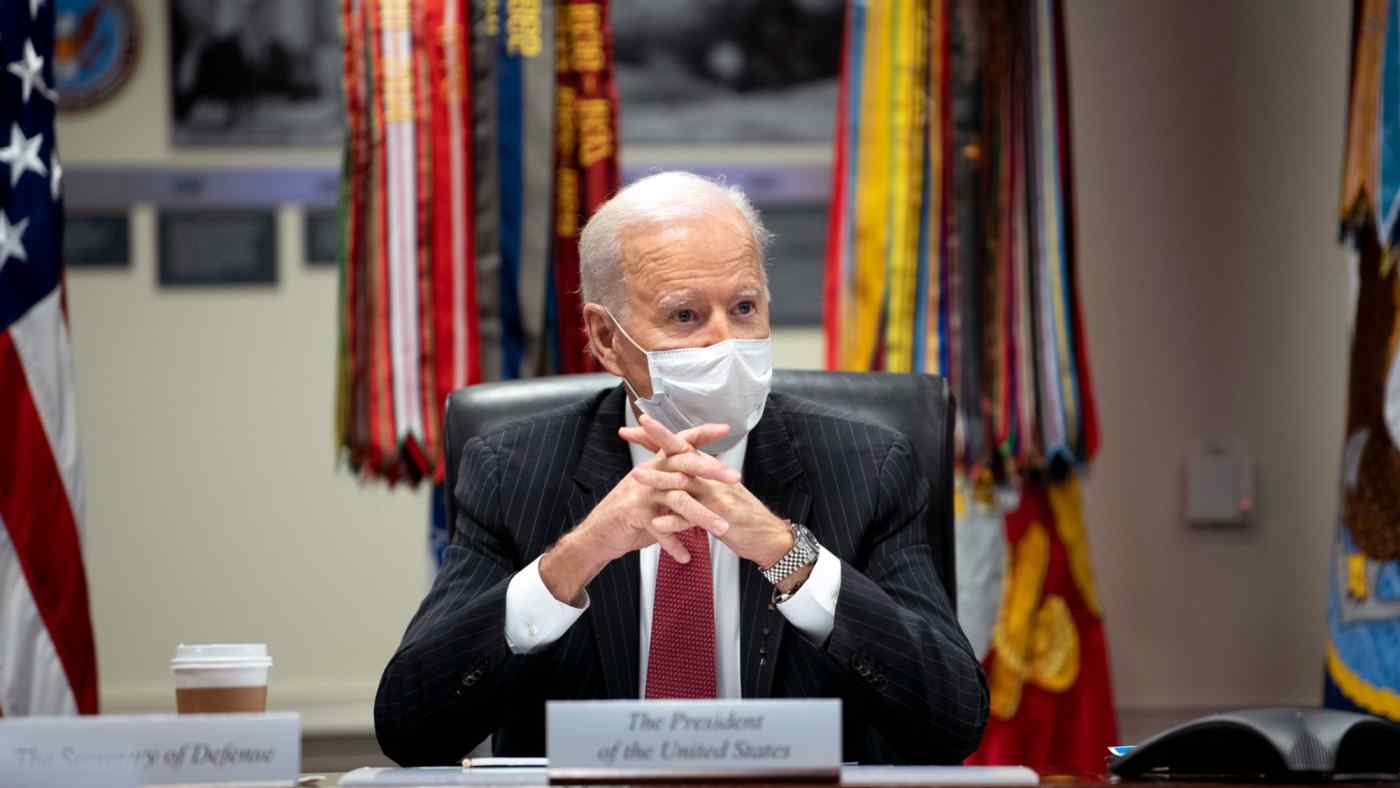 President Joe Biden at the Pentagon on Feb. 10. His foreign policy team will be meeting allies as well as strategic competitor China next week. (Photo courtesy of the Department of Defense)
ALEX FANG, Nikkei staff writerMarch 11, 2021 06:49 JST | North America
CopyCopied

Blinken will also meet with China's top two diplomats on the way back, marking the first face-to-face meeting with counterparts in the Biden era. But Blinken made clear to lawmakers Wednesday that it will not be a "strategic dialogue," but rather an opportunity to lay out America's key concerns. More engagements will follow only if there are tangible progress and outcomes on said issues, he added.

Then on March 18, described as a stopover on his return flight, Blinken will be in Anchorage, Alaska to meet with China's foreign policy mastermind and Politburo member Yang Jiechi and State Councilor Wang Yi, alongside national security adviser Jake Sullivan.

"It was important to us that this administration's first meeting with Chinese officials be held on American soil and occur after we have met and consulted closely with partners and allies in both Asia and Europe," White House press secretary Jen Psaki said Wednesday. 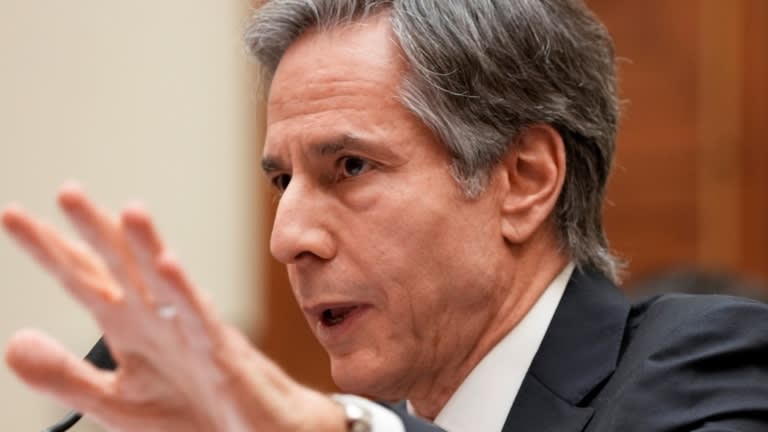 U.S. Secretary of State Antony Blinken testifies before the House Committee on Foreign Affairs on the Biden administration's priorities for U.S. foreign policy on Capitol Hill on March 10.   © Reuters

Austin's itinerary also includes the U.S. Indo-Pacific Command Headquarters in Hawaii, as well as India, where he will meet with the country's Defense Minister Rajnath Singh and other senior Indian officials to discuss deepening the U.S.-India Major Defense Partnership, the Pentagon said.

Appearing before the House Foreign Affairs Committee Wednesday to discuss priorities for U.S. foreign policy, Blinken called Japan and South Korea "two of our most important allies" and reiterated Washington's commitment to its core alliances including that with NATO.

Speaking of the Alaska meeting with Chinese officials, Secretary of State Blinken told Congress Wednesday that "this is not a strategic dialogue. There's no intent at this point for a series of follow-on engagements."

Rather, the meeting is "an important opportunity for us to lay out in very frank terms many concerns that we have with Beijing's actions and behavior that are challenging the security, prosperity and the values of the United States and our partners and allies," Blinken said. The U.S. side plans to explore avenues for cooperation, but will not shy away from talking about Washington's competition with China and speaking for the interests of American companies and workers, according to Blinken, who promised the House committee that no concessions will be made to Beijing during this meeting.

Blinken and Austin's trip to Asia next week will follow Biden's Friday summit with leaders of Japan, India and Australia -- members of the Quad, the regional security dialogue instrumental in Washington's plan to counter China.

The agenda outlined in the interim guidance will allow the U.S. alongside its allies to counter an "increasingly assertive" China, which it called "the only competitor potentially capable of combining its economic, diplomatic, military, and technological power to mount a sustained challenge to a stable and open international system."

Last month, Blinken spoke with foreign ministers of other Quad members, covering global challenges such as COVID-19, climate change and the Myanmar crisis. The four countries reaffirmed their mutual support for "ASEAN centrality" and reiterated their commitment to "advancing a free and open Indo-Pacific region" according to a State Department readout.

Meanwhile, defense chief Austin is leading a global posture review of the U.S. military to make sure its footprint is appropriately aligned with Washington's foreign policy and national security priorities, which will likely lead to an adjustment to focus more on the Indo-Pacific region.