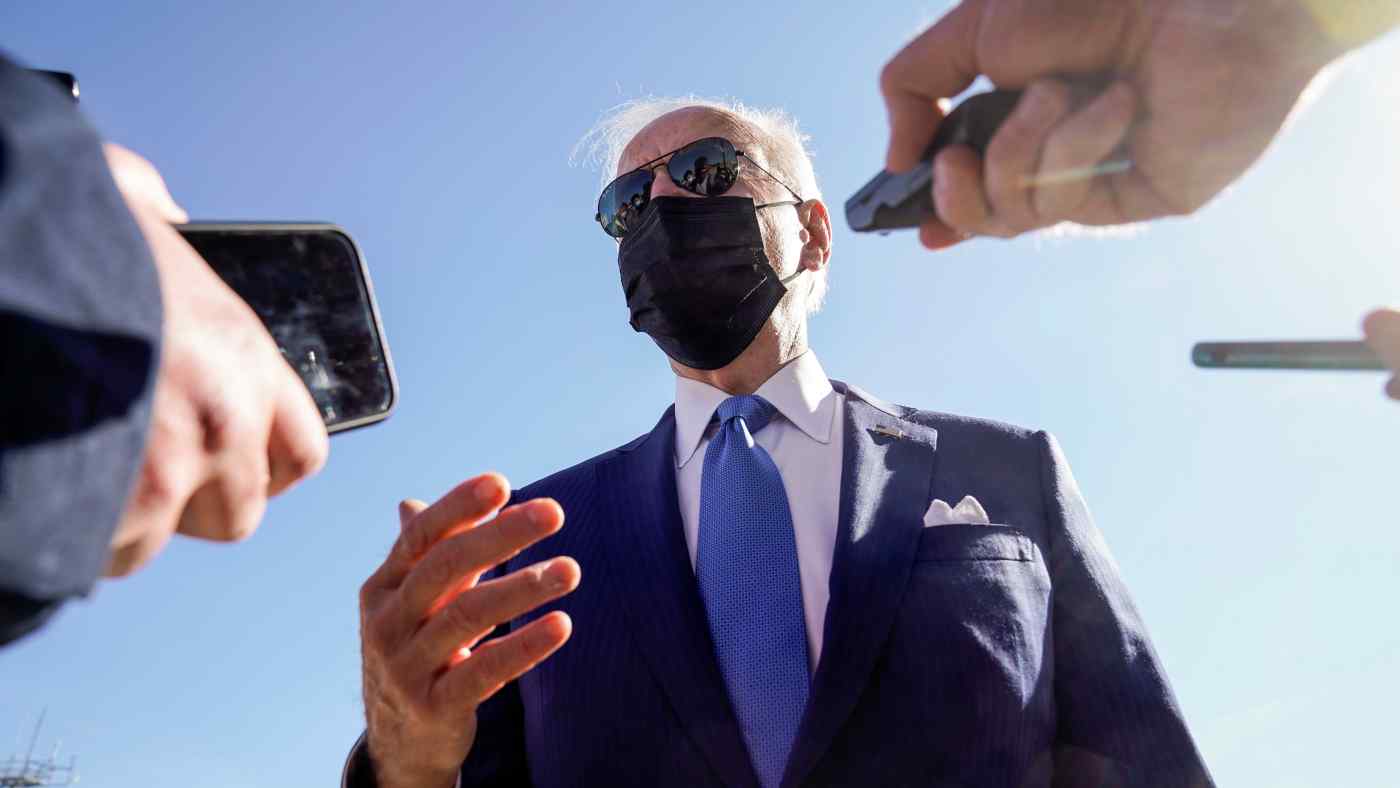 "I suggested we should have, essentially, a similar initiative, pulling from the democratic states, helping those communities around the world that, in fact, need help," Biden told reporters.

China's Belt and Road Initiative (BRI) is a multi-trillion-dollar infrastructure scheme launched in 2013 by President Xi Jinping involving development and investment initiatives that would stretch from East Asia to Europe.

The project would significantly expand China's economic and political influence, raising concerns in the United States and elsewhere.

Biden's remarks came after he said on Thursday he would prevent China from passing the United States to become the most powerful country in the world, vowing to invest heavily to ensure America prevails in the ever-growing rivalry between the world's two largest economies.

Biden plans to unveil a multi-trillion-dollar plan to upgrade U.S. infrastructure next week. He said on Thursday this would ensure increased U.S. investment in promising new technologies, such as quantum computing, artificial intelligence and biotechnology.

While airing its concerns and seeking to encourage private sector-investment for overseas projects to rival those of the BRI, Washington has yet to be able to convince countries that it can offer an alternative to the state-backed economic vision put forward by Beijing under BRI.

Over 100 countries have signed agreements with China to cooperate in BRI projects like railways, ports, highways and other infrastructure. According to a Refinitiv database, as of mid-last year, over 2,600 projects at a cost of $3.7 trillion were linked to the initiative.

However, China said last year that about 20% of BRI projects had been "seriously affected" by the coronavirus pandemic.

There are also been pushback against BRI from countries that have criticized projects as costly and unnecessary. Beijing scaled back some plans after several countries sought to review, cancel or scale down commitments, citing concerns over costs, erosion of sovereignty, and corruption.