Biden vows to defend allies from China in security guidance

US and partners, not Beijing, must write rules of advanced tech, document states 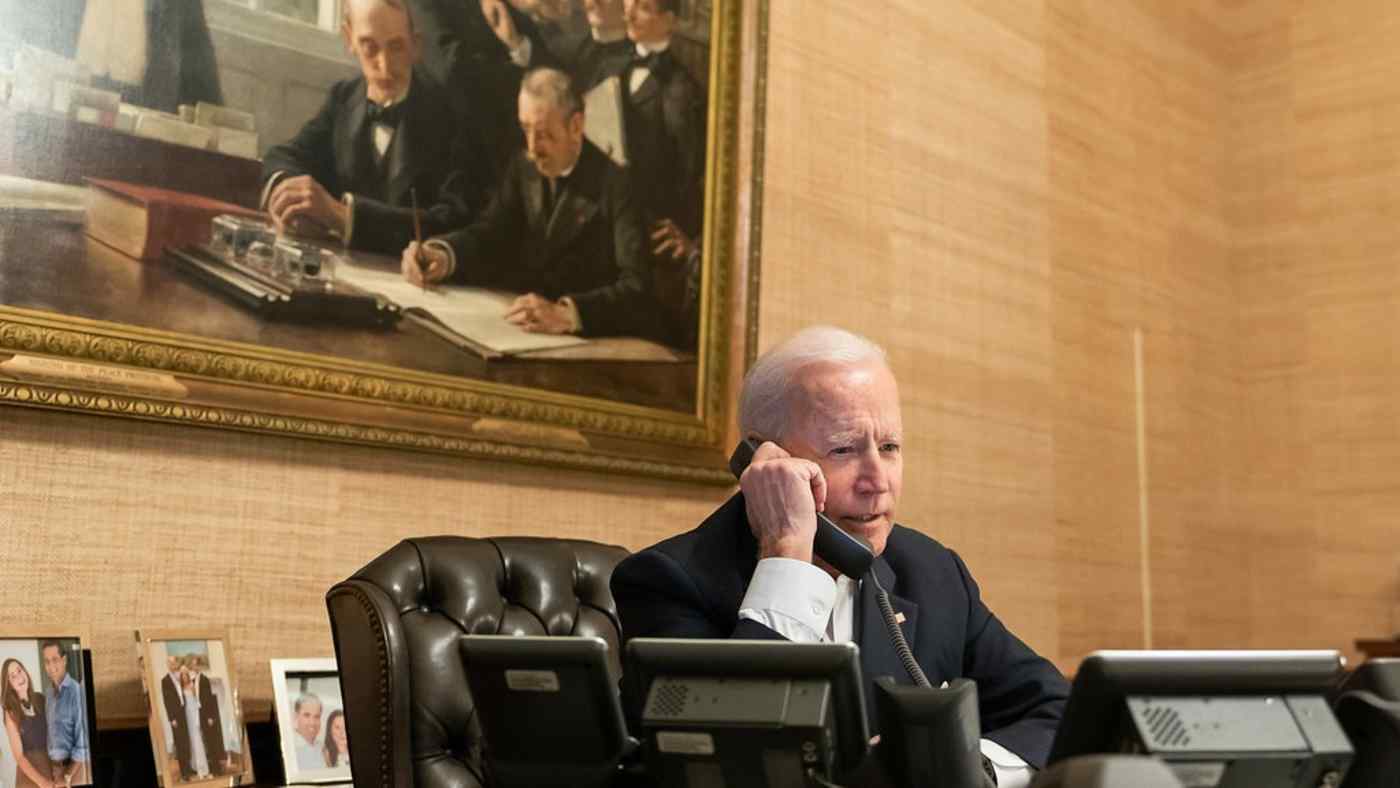 NEW YORK -- U.S. President Joe Biden on Wednesday laid out his immediate vision for America's role in the world, where the challenge of "an increasingly assertive China" is front and center, as his administration works to develop a long-term strategy.

The 24-page interim national security strategic guidance, which mentions China and its government some 20 times, "lays out the global landscape as the Biden administration sees it, explains the priorities of our foreign policy and specifically how we will renew America's strength to meet the challenges and seize the opportunities of our time," U.S. Secretary of State Antony Blinken said hours before the report's release.

The guidance reiterates ideas key to the administration's foreign policy vision such as revitalizing democracy, investing in American competitiveness, as well as strengthening U.S. alliances.

On the military front, it states "our presence will be most robust in the Indo-Pacific and Europe," noting that the global posture review currently underway will reflect those priorities.

China is now "the only competitor potentially capable of combining its economic, diplomatic, military, and technological power to mount a sustained challenge to a stable and open international system," Biden said in the document, citing changes in the distribution of power across the world over the years.

"We will position ourselves, diplomatically and militarily, to defend our allies," the U.S. president said, vowing to support China's neighbors and commercial partners against coercion and challenge China's human rights abuses and unfair trade practices.

"We will support Taiwan, a leading democracy and a critical economic and security partner, in line with longstanding American commitments," Biden said.

Washington must also work alongside its partners to "establish the new rules and practices that will allow us to seize the opportunities that advances in technology present," Biden said in the document, which is heavy on promoting democratic values over Beijing's authoritarian ones.

The interim guidance, aimed at aligning relevant U.S. agencies' actions while multiple foreign policy reviews are underway, signals that the new administration's foreign policy priorities will center on countering China much like its predecessor, though the two might differ in their approaches.

With a new global security landscape in mind, "our vital national interests compel the deepest connection to the Indo-Pacific, Europe, and the Western Hemisphere," Biden noted, vowing to ensure that "America, not China, sets the international agenda."

Earlier Wednesday at the State Department, Blinken promised that "wherever the rules for international security, and the global economy are being written, America will be there."

"We're always better off at the table, not outside the room," Blinken said in his first major speech since taking office.

The U.S. was seen as ceding leadership to China in certain areas including in trade with Asian countries, after it withdrew from the Trans Pacific Partnership under former President Donald Trump, and on climate change after it pulled out of the Paris Agreement.

The U.S. rejoined the climate accord on day one of Biden's presidency but the administration remains mum on whether it would rejoin the TPP-11. Washington was also left out of the Regional Comprehensive Economic Partnership, the Asia-Pacific region's largest trade pact which includes China.

Biden's interim security guidance also foregrounded the urgent need for the U.S. to retain its edge in advance technology, where "global leadership is up for grabs."

Retaining America's lead in the tech sector will involve robust investment in research and development as well as a sound immigration policy to attract top-notch talent, according to the document.

The Biden administration has promised to pour hundreds of millions of dollars into funding R&D in areas including artificial intelligence and clean energy, and recently signed an executive order to secure supplies deemed crucial to the U.S. such as semiconductors and rare-earth minerals.