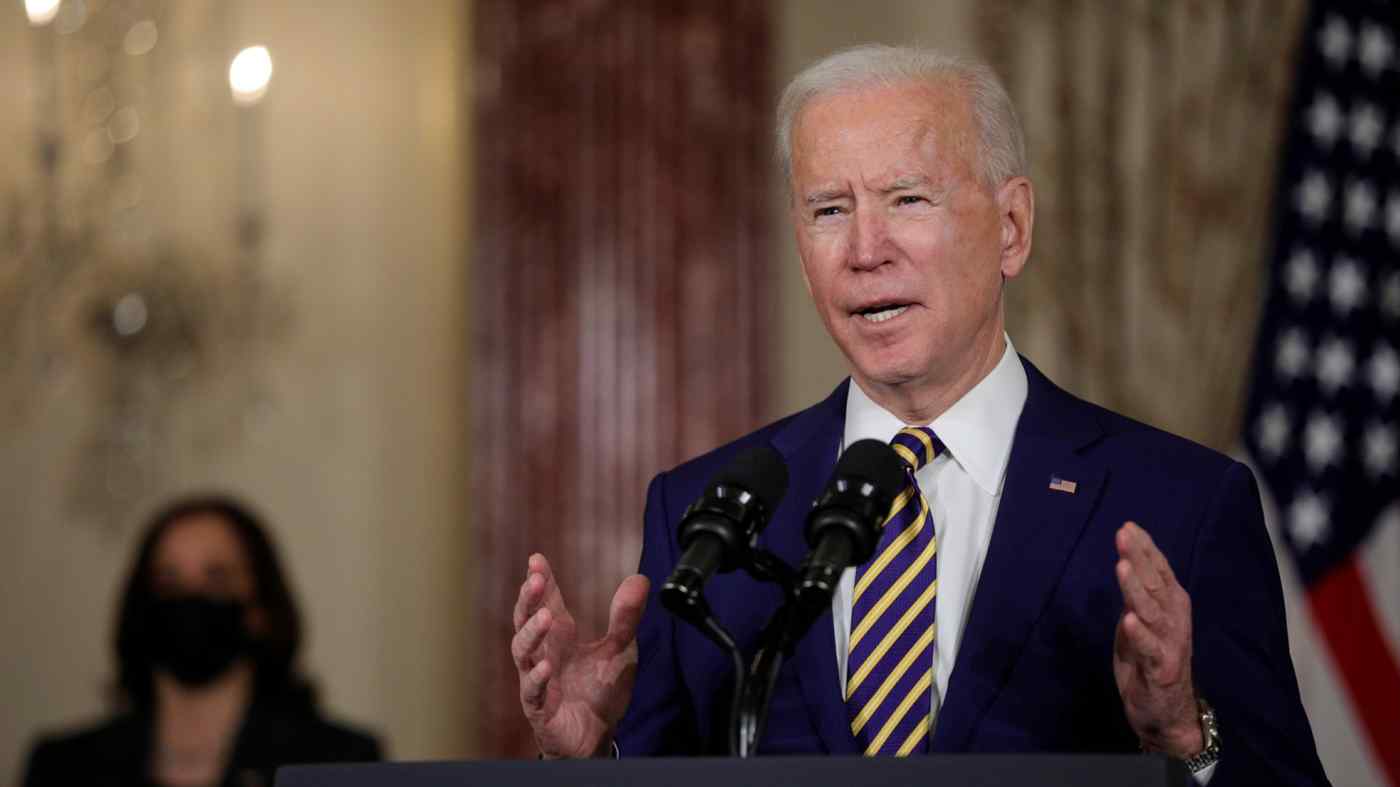 NEW YORK -- In his first major foreign policy speech, U.S. President Joe Biden called the country's alliances around the world its "greatest asset" and promised to stand shoulder to shoulder with key partners, in a departure from the "America first" approach of his predecessor. (Read the full transcript of the speech here)

"Over the past two weeks, I've spoken with the leaders of many of our closest friends -- Canada, Mexico, the U.K., Germany, France, NATO, Japan, South Korea, Australia -- to be re-forming the habits of cooperation and rebuilding the muscle of democratic alliances that have atrophied over the past few years of neglect, and, I would argue, abuse," he said.