China rejects 'strategic competition' and calls on US to cooperate 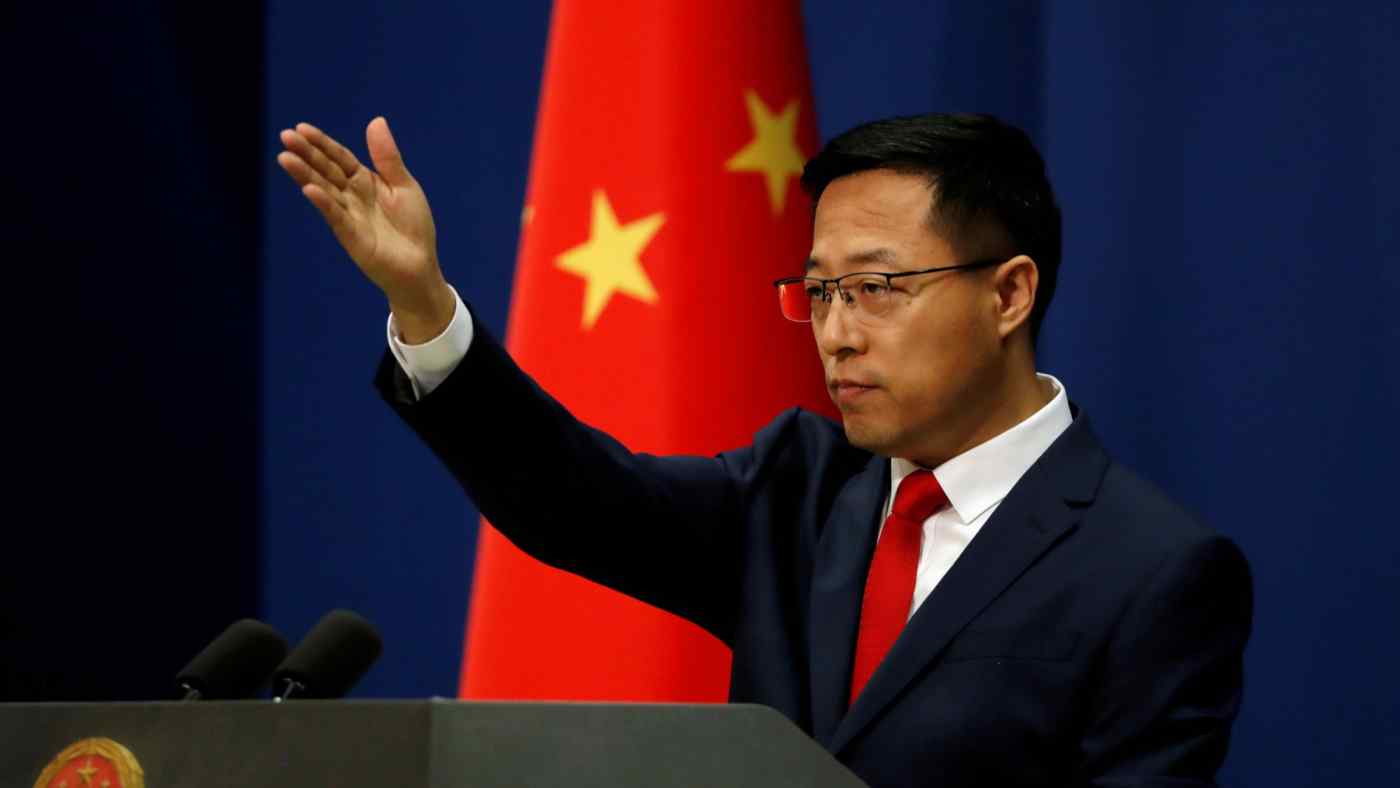 BEIJING -- China wants cooperation, not strategic competition, the Foreign Ministry said Tuesday, a day after the White House said it was looking to form a "new approach" toward China.

"Over the past few years, the Trump administration went in a very wrong direction. They regarded China as a 'strategic competitor' and even a 'threat,' and thus took erroneous actions that interfered in China's internal affairs and undermined China's interests," Zhao Lijian, the Ministry of Foreign Affairs spokesperson, said during a regular news briefing.

"As two major countries, China and the United States have broad common interests and shoulder special, major responsibilities in safeguarding world peace and stability, and in promoting global development and prosperity," he said.

"Both countries stand to gain from cooperation and lose from confrontation. Cooperation is the only right choice for both," he stressed.

The comments stand in contrast to the relationship described by White House press secretary Jen Psaki in Monday's press briefing. "We're in a serious competition with China. Strategic competition with China is a defining feature of the 21st century," Psaki said, criticizing China for engaging in conduct that "hurts American workers, blunts our technological edge, and threatens our alliances and our influence in international organizations."

She called for a "new approach" with China, but that the administration of President Joe Biden will approach the issue "with some strategic patience," citing the need to discuss the path going forward with bipartisan members of Congress.

Zhao's stance echoes the "new type of great power relations" that Beijing was trying to sell to Washington during the era of former President Barack Obama. In a meeting with Obama at the Sunnylands Resort in California in 2013, President Xi Jinping described the three main concepts as: no conflict or confrontation, and treating each other's strategic intentions objectively; mutual respect, including for each other's core interests and major concerns; and mutually beneficial cooperation, by abandoning the zero-sum game mentality and advancing areas of mutual interest.

Zhao went on to say that he hopes Washington will "meet with China half way, focus on cooperation, manage differences, and bring China-U.S. relations back on the right track of sound and stable development."

Biden is currently weighing his options on tariffs against Chinese goods that were a major part of his predecessor Donald Trump's trade policy toward China. He has also vowed to maintain a tough stance on trade with China, signing a "Buy American" executive order and promising to invest heavily in strategic tech sectors to counter Xi's "Made in China 2025" campaign.

The term "strategic patience," which Psaki mentioned in her Monday briefing, was used by the Obama administration in its policy toward North Korea. It referred to not negotiating with the regime unless it takes concrete steps toward dismantling its nuclear arsenal.

However, the strategy ended up granting time to North Korea to further develop nuclear weapons. Biden served as vice president under Obama, and Psaki was the spokesperson for the State Department during part of the Obama administration.