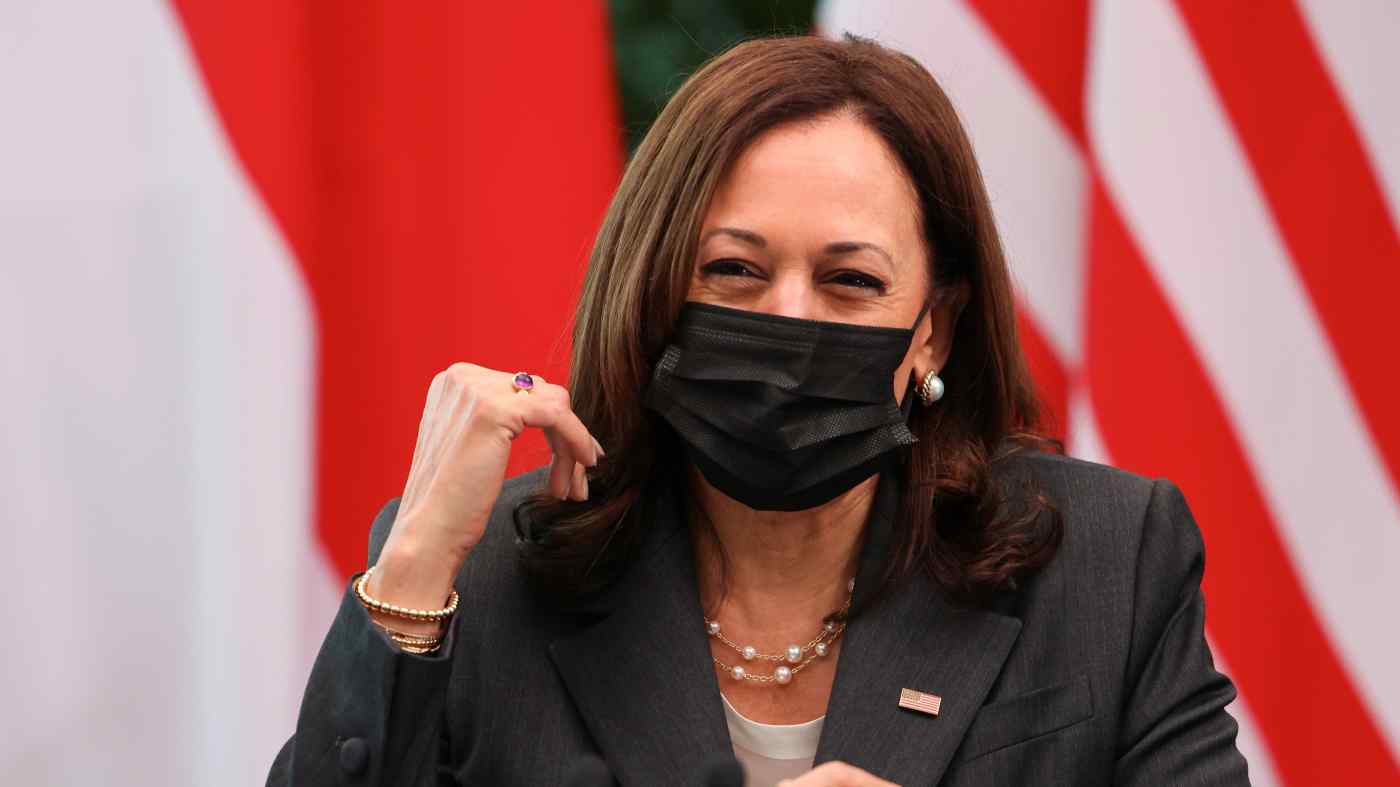 SINGAPORE/WASHINGTON -- U.S. Vice President Kamala Harris called for closer cooperation with Southeast Asian nations on supply chains in her meetings with Singaporean officials Tuesday, as the pandemic disrupts production in the region.

The vice president wrapped up her two-day visit to Singapore and headed to Vietnam Tuesday evening. Her departure was temporarily delayed over concerns due to an unexplained health incident in Hanoi potentially related to Havana Syndrome.

The supply chain issue dominated her discussions in Singapore.

"This is an issue that requires all nations and in particular, nations that are in partnership and allied that we work together to coordinate, understanding that no one of us can actually produce or satisfy the demand," Harris said in a roundtable discussion with business leaders.

In response, Singaporean Trade and Industry Minister Gan Kim Yong said the city-state can act as a key partner in the effort.

"Trust, diversity and connectivity are strong reasons why the U.S. and Singapore can continue to work on joint approaches to address common supply chain challenges," Gan said. He noted that Singapore did not impose export controls throughout the pandemic, and touted its ability to adjust freight flows to adapt to changing conditions.

Stable supply chains have become a priority for the U.S. in light of the widespread global disruption caused by the pandemic. Washington is putting particular emphasis on Southeast Asian nations that play an increasingly important role in global trade -- and potentially in America's strategic competition with China.

Washington is expected to work to restructure supply chain links with ASEAN members including Vietnam, Harris' next stop.

Harris called Southeast Asia a "vibrant and dynamic market which will soon rank among the biggest markets in the world," in a speech that day. She announced that the U.S. is offering to host the Asia-Pacific Economic Cooperation forum in 2023, emphasizing Washington's plans for active engagement in Asian trade.

Singapore, in particular, is a hub for semiconductor manufacturing and processing and the source of 20% of the world's chipmaking equipment.

The country has become a core Asia-Pacific base for many American companies. GlobalFoundries in June announced plans to invest more than $4 billion to expand capacity in Singapore.

Harris and Singapore Prime Minister Lee Hsien Loong agreed on Monday to launch a bilateral dialogue on supply chains. Discussions are expected to cover topics including government measures to support investment and a framework for sharing critical resources and components in emergencies.

The two sides seek to ensure sufficient supplies of such items as semiconductors and medical equipment in the event of a future crisis like the pandemic.

The disruption of supply chains by the pandemic has underscored Southeast Asia's key role. Toyota Motor said last week that it would slash global output by roughly 40% in September, citing issues with sourcing parts from Southeast Asian countries suffering from coronavirus outbreaks.

The charm offensive also appears intended to draw Southeast Asia toward the U.S. camp in its intensifying battle with China for technological dominance.

Though ASEAN does more trade with China than with the U.S., that is not to say Washington is not also a major player in the region. American companies have directly invested $315 billion in Singapore alone to date, and Washington hopes that pushing to bolster supply chains will encourage more businesses to set up shop and invest in the region.

ASEAN members, however, do not relish being pressured to choose between economic ties with the U.S. and China.

"While companies have found ways to minimize the impact by diversifying their supply chain over the past years, we do hope that the U.S. and China can de-escalate the situation," said Ang Wee Seng, executive director of the Singapore Semiconductor Industry Association.

Washington is likely to find it difficult to bolster its supply chain links with Southeast Asia without returning to such multilateral frameworks as the Trans-Pacific Partnership.

Stressing that "this region is critically important to our nation's security and prosperity" in the speech, Harris on Tuesday reiterated Washington's opposition to Beijing's claims to much of the South China Sea, which has put it at odds with several Southeast Asian countries.

"And Beijing's actions continue to undermine the rules-based order and threaten the sovereignty of nations," she said. "The United States stands with our allies and partners in the face of these threats."