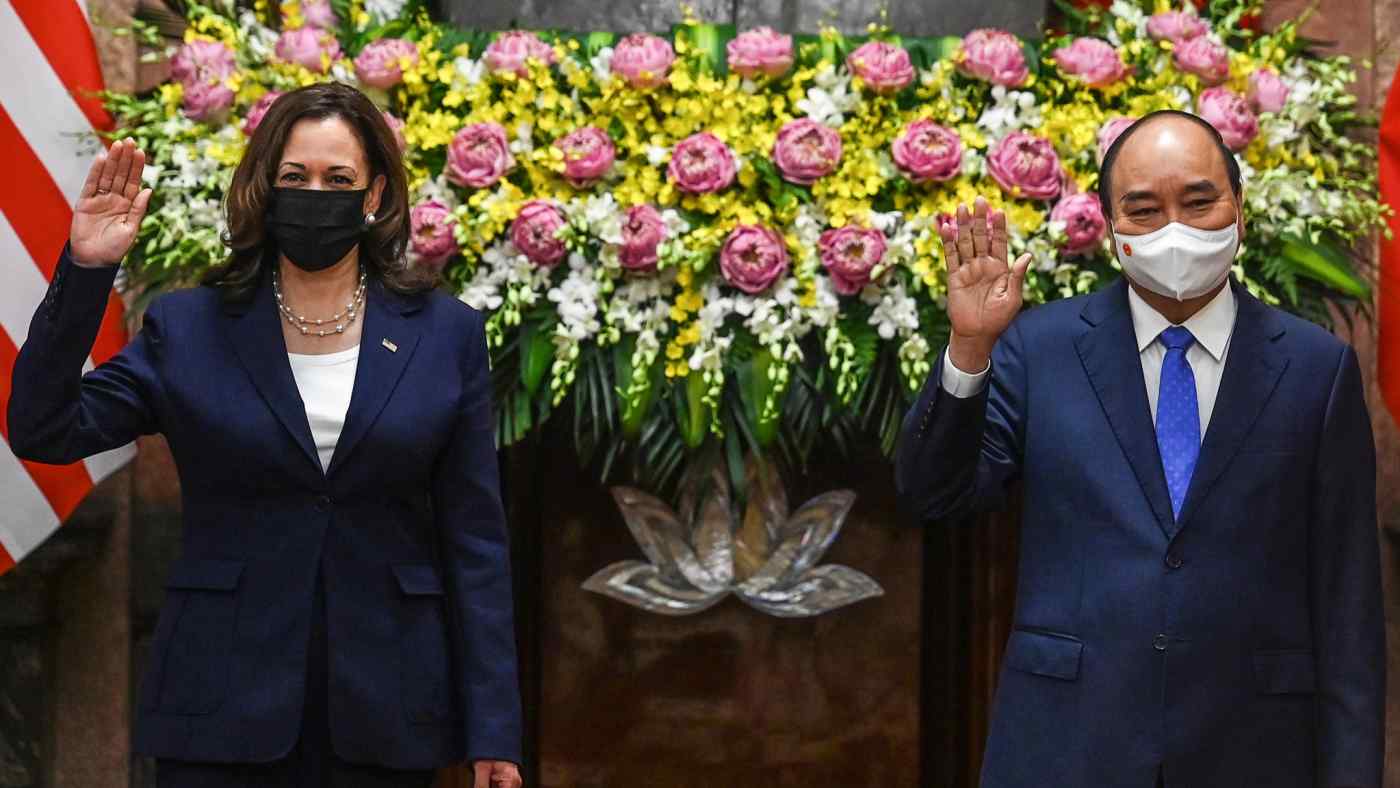 HANOI -- U.S. Vice President Kamala Harris began her visit to Vietnam on Wednesday by pledging Washington would continue to keep a robust footprint in the South China Sea and would donate 1 million more vaccine doses.

"Let me affirm that the United States Navy will maintain a strong presence in the South China Sea and will continue to challenge Beijing's bullying and excessive maritime claims," Harris said in the capital, Hanoi, during talks with Vietnamese President Nguyen Xuan Phuc and other leaders.

"We need to find ways to pressure and raise the pressure, frankly, on Beijing to abide by the United Nations Convention on the Law of the Sea, and to challenge its bullying and excessive maritime claims," Harris said.

Harris said 1 million additional doses of coronavirus vaccines will be supplied to Vietnam, making for a total of 6 million doses donated by Washington. The vice president also said that the U.S. Centers for Disease Control and Prevention will open a Southeast Asia office in Hanoi, serving as the hub for America's infectious-disease response in the region.

Only about 2% of Vietnam's eligible population is fully vaccinated. One factor in the delay is Hanoi's decision to limit procurement of Chinese-made vaccines, dodging political complications around their bilateral territorial dispute in the South China Sea.

On Tuesday, prior to Harris's visit, the Chinese ambassador to Vietnam met with Prime Minister Pham Minh Chinh and offered to supply 2 million vaccine doses. Such a delivery would lift China's donation to roughly 3 million doses.

Vietnam will not join any alliance or align with one country against another, Chinh said.

The U.S. normalized relations with Vietnam in 1995, and the two sides have recently deepened relations on the security front, on top of economic ties. Defense Secretary Lloyd Austin visited Vietnam in late July. Washington considers Vietnam a key partner in the Indo-Pacific given the country's arm's-length relationship with China.