Such threats are 'not commensurate' with US defense obligations, spokesman says 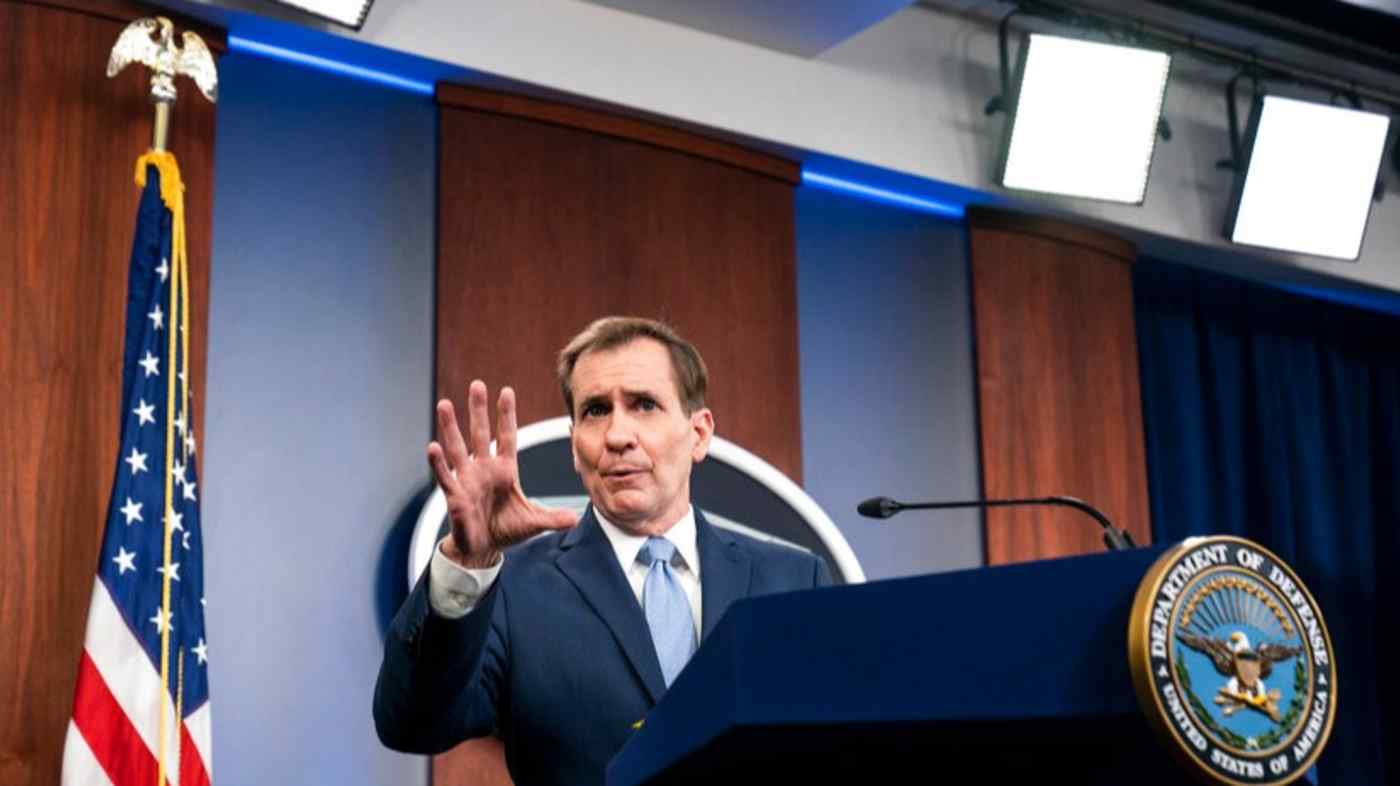 NEW YORK -- The U.S. has obligations to assist Taiwan in protecting itself, and China should not overreact to the new administration reiterating long-held policies, Department of Defense spokesman John Kirby told reporters Thursday.

Kirby's comments came after China toughened its language toward Taiwan earlier in the day, warning that "independence means war."

"Nothing has changed about the department's commitment" to the Taiwan Relations Act and the Three Communiques about Taiwan, he said in a Pentagon news conference.

"This is something that has been supported in a bipartisan way, for decades," Kirby said, adding that the department will continue the same support under new Defense Secretary Lloyd Austin. "We have obligations to assist Taiwan with their self-defense, and I think you're going to see that continue," he said.

On China's comments about war, Kirby said: "The department sees no reason why tensions over Taiwan need to lead to anything like confrontation. And so, we find that comment unfortunate, and certainly not commensurate with our intentions to meet our obligations under the Taiwan Relations Act."

The Three Communiques are a set of documents signed by the U.S. and China in 1972, 1979 and 1982 that formed the basis for normalizing relations. Based on them, Washington recognizes the People's Republic of China government in Beijing as the sole legal government of China and "acknowledges the Chinese position" that there is but one China and Taiwan is part of it.

When the U.S. and the People's Republic of China established diplomatic relations in 1979, the U.S. Congress passed the Taiwan Relations Act so that Washington could sell enough arms to Taipei for the island to defend itself.

As if to test the new administration of President Joe Biden, China flew fighter jets and bombers into Taiwan's southwestern air defense identification zone last weekend. The U.S. State Department responded with a statement urging Beijing to "cease its military, diplomatic, and economic pressure against Taiwan" and saying the American commitment to Taiwan is "rock-solid."

"They are a solemn response to external interference and provocations by 'Taiwan independence' forces," he said.

Wu said a "handful" of people in Taiwan were seeking independence.

At the Pentagon, Kirby was asked whether the U.S. was prepared to defend Taiwan against a Chinese invasion.

"I'm not going to get into hypotheticals," he said, quickly adding that "the United States military remains ready in all respects to meet our security commitments in the region."