US courts ASEAN, but bloc wary of another halfhearted 'pivot' 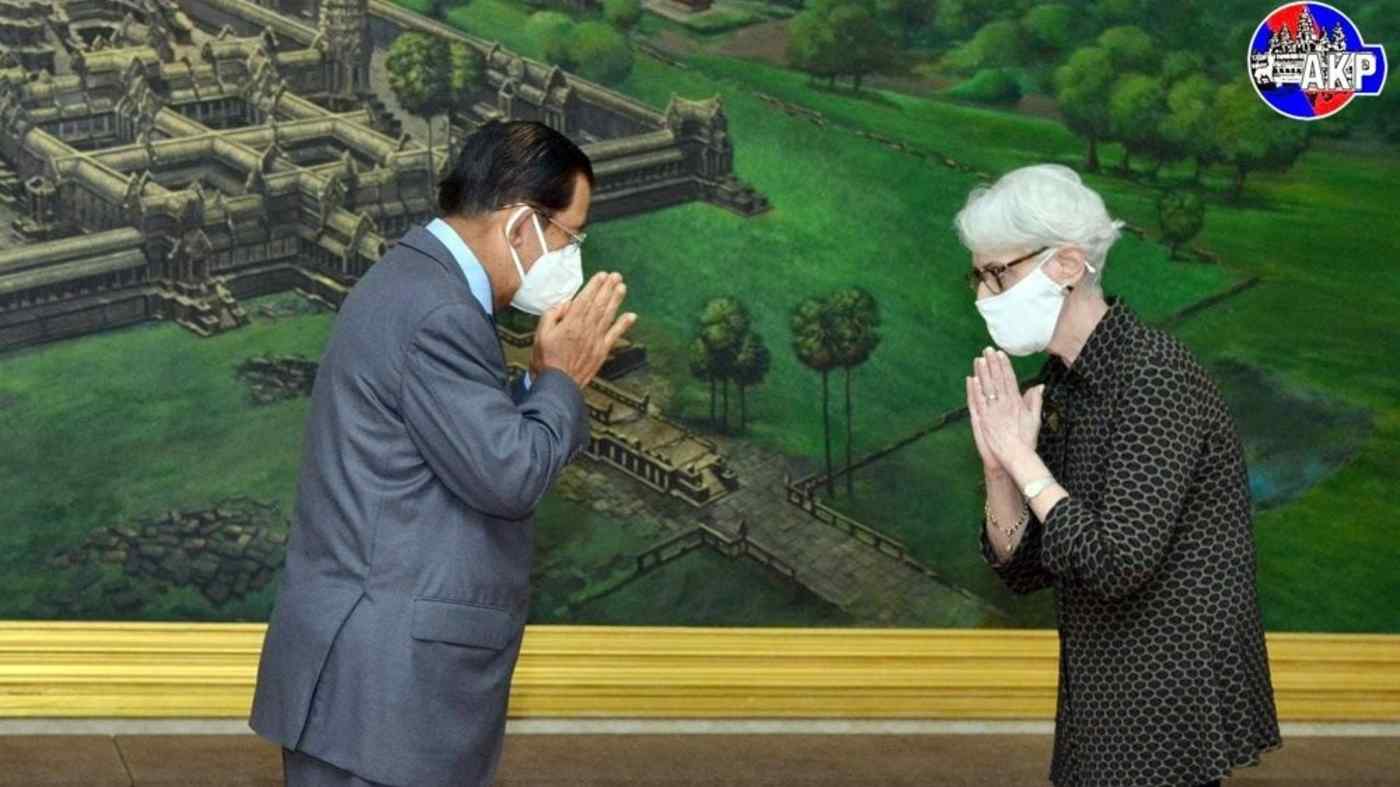 JAKARTA -- Months after the inauguration of President Joe Biden, the U.S. is finally turning its diplomatic focus to Southeast Asia to counter rising Chinese clout there.

U.S. Deputy Secretary of State Wendy Sherman became the first senior State Department official in the Biden administration to visit members of the Association of Southeast Asian Nations this week.

Sherman met with Thai Prime Minister Prayuth Chan-ocha in Bangkok on Wednesday, where she announced $30 million in coronavirus assistance to Thailand.

But even as the U.S. steps up its charm offensive, experts say Washington waited too long, allowing Beijing a head start in courting the increasingly important region.

Sherman also visited Jakarta, where the ASEAN Secretariat is located. She met with Indonesian Foreign Minister Retno Marsudi there Monday to discuss ways to bolster trade and investments.

In Cambodia, Sherman promised Prime Minister Hun Sen $11 million in COVID-19 aid. The visit was symbolic in that no American official of her rank or above had visited the country during the Trump presidency.

Exploiting that absence, China has increased its influence over Cambodia in recent years through the Belt and Road infrastructure-building initiative.

After repeated snubs by Trump, who skipped the East Asia Summit with ASEAN, Japan and China throughout his four years in office, ASEAN members have welcomed efforts by the Biden administration to bolster U.S. alliances and partnerships as China holds more and more sway around the world.

Hun Sen earlier expressed his frustration at the lack of his diplomatic options.

"If I don't rely on China, who will I rely on? If I don't ask China, who am I to ask?" Hun Sen had said in Nikkei's Future of Asia conference this May.

"Cambodia should to find a way to balance relations between the two superpowers to maximize its political, economic and diplomatic returns," wrote Kin Phea, director-general of the International Relations Institute of Cambodia at the Royal Academy of Cambodia, in an opinion piece published Monday by the state-run Agence Kampuchea Presse.

Still, skepticism persists that the administration is only paying lip service to ASEAN. Sherman's trip comes more than four months into the new presidency. Southeast Asian leaders were put at the end of the list of foreign leaders Biden was to speak with after his inauguration. And U.S. aid to the region pales in comparison to assistance from China.

The U.S. and ASEAN were also scheduled to hold their first foreign ministers' meeting under Biden via videoconference on May 25. But U.S. Secretary of State Antony Blinken, who was touring the Middle East at the time, canceled over technical difficulties after keeping his counterparts waiting. Many ASEAN officials saw the incident as an affront, and no new date for the meeting has been set.

Barack Obama, under whom Biden served as vice president, had also initially pursued a rebalance to Asia as president. But the war in Syria and other Middle East crises ultimately drew more of his attention, which critics say allowed Beijing to expand its presence in the South China Sea.

"If we look at the trend of American foreign policy under President Biden, it looks like America is prioritizing the Middle East over the Indo-Pacific region," said Mohamad Rosyidin, lecturer and foreign affairs analyst in the Department of International Relations at Indonesia's Diponegoro University.

China appears a step ahead of America in wooing ASEAN, thanks to Beijing's early success in curbing the coronavirus and stoking economic recovery. Chinese Foreign Minister Wang Yi has already been meeting with numerous officials in person. He is inviting ASEAN counterparts to Chongqing next week, where he is expected to announce Chinese assistance to help Southeast Asia recover economically from the pandemic.