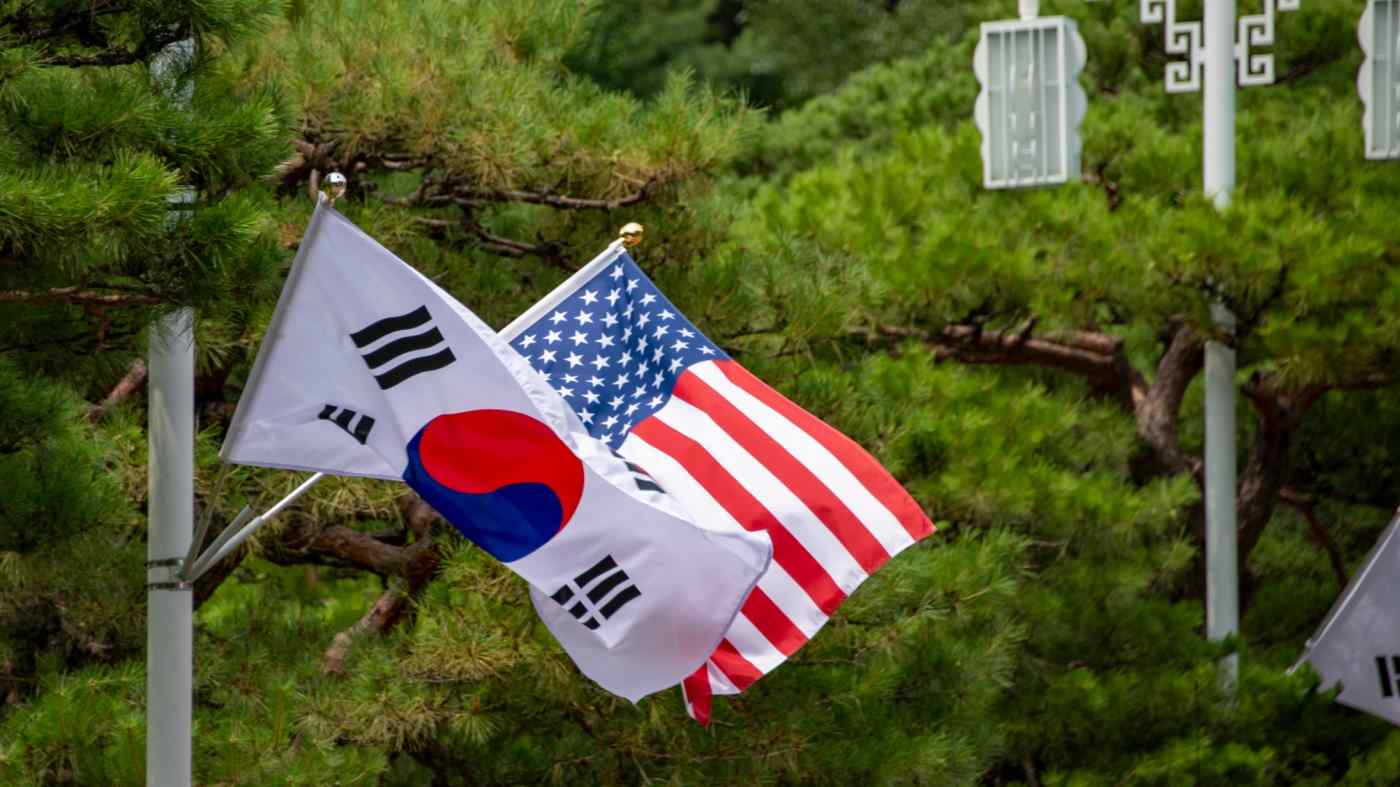 The flags of the U.S. and South Korea are seen together in Seoul. The two sides have agreed to the text of a new six-year Special Measures Agreement. (Photo courtesy of the State Department)
KEN MORIYASU, Nikkei Asia chief desk editorMarch 9, 2021 06:54 JST | South Korea
CopyCopied

NEW YORK -- The U.S. and South Korea have reached a consensus on the proposed text of a new six-year Special Measures Agreement, State Department spokesperson Ned Price said Monday, referring to the framework under which Seoul burdens part of the expenditures associated with the stationing of American troops on the Korean Peninsula.

Price said it will "strengthen our alliance and our shared defense," adding that the two sides are now pushing the final steps needed to conclude the agreement for signature, and for entry into force.