US exit from Afghanistan underscores pivot from terror to China 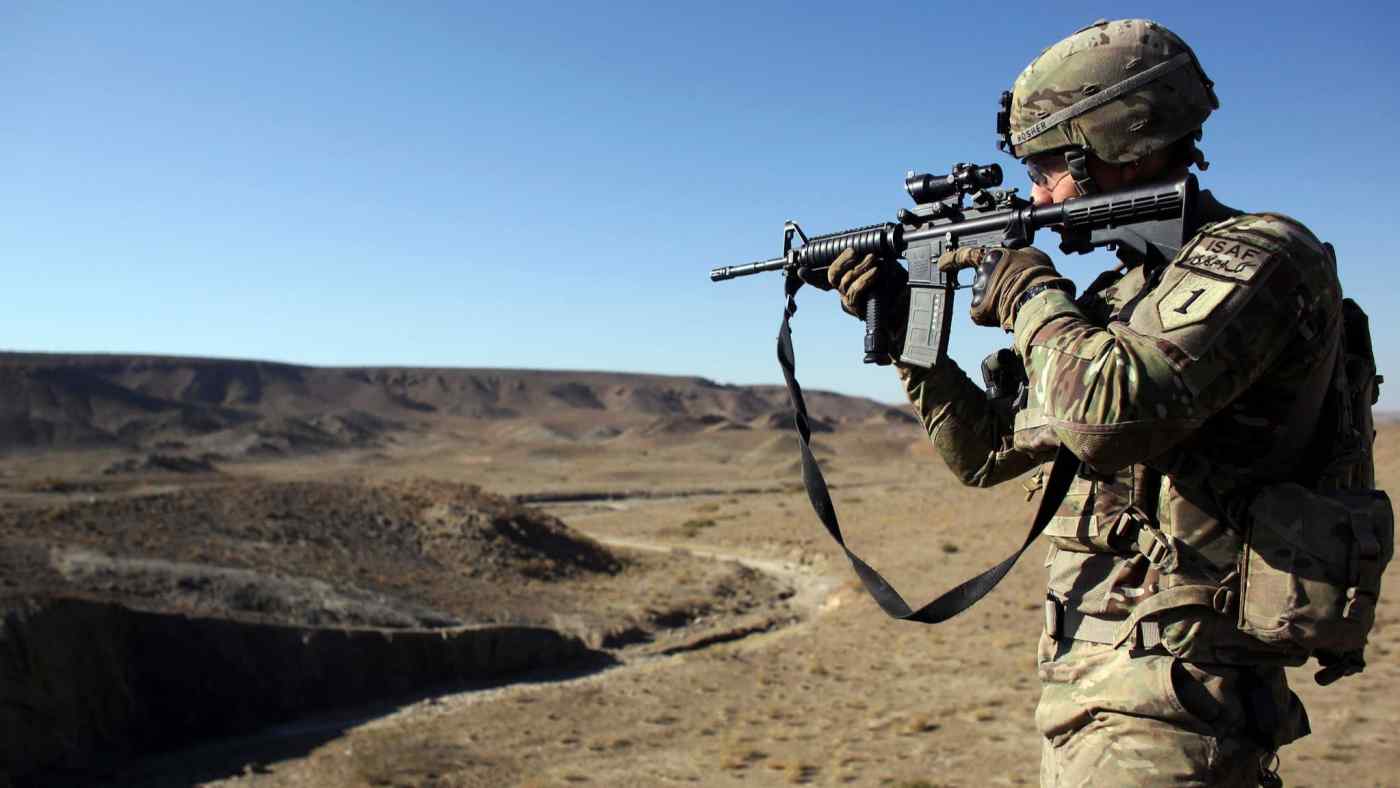 WASHINGTON -- The withdrawal of American forces from Afghanistan, ending a war that lasted two decades and cost $2 trillion, adds momentum to a shift in Washington's top security priorities from fighting terrorism to countering an emboldened China in the Indo-Pacific region.

Secretary of State Antony Blinken visited Afghanistan on Thursday, the day after President Joe Biden announced plans to withdraw troops by Sept. 11. Blinken told Afghan President Ashraf Ghani the bilateral partnership was "changing" -- something that can also be said for the global picture since the Sept. 11, 2001, attacks on the U.S.

Among the "challenges that are in front of us" that Biden cited in his announcement is China.

"We have to shore up American competitiveness to meet the stiff competition we're facing from an increasingly assertive China," the president said.

The war on terrorism has constrained America's ability to deal with a rising China. Past attempts to wind down what came to be called a "forever war" faltered. The Obama administration withdrew from Iraq in 2011 but was forced to go back in 2014 to contend with the Islamic State group. The Trump administration unsuccessfully pushed to fully withdraw troops from Afghanistan and Syria.

The U.S. was on track to spend $6.4 trillion on counterterrorism efforts from late 2001 though the end of 2020, Brown University estimated in November 2019 -- roughly equivalent to Japan's national budget for seven years.

All the while, the costs added up. American spending so far on the war in Afghanistan, where the U.S. at its peak had stationed about 100,000 service members, come to over $2 trillion for fiscal 2001 to fiscal 2021. But success has been elusive. Although al-Qaida leader Osama bin Laden was killed by U.S. forces in May 2011, terrorism remains a threat around the world.

Meanwhile, the U.S. Indo-Pacific Command in March submitted a six-year, $27.3 billion wish list for bolstering its capabilities. Withdrawing troops from Afghanistan could free up more resources for the Asia-Pacific. F-35A fighter jets at at Eielson Air Force Base in Alaska. A military clash with China will require different arms and tactics than counterterrorism operations. (Photo courtesy of the U.S. Air Force)

Countering China poses a far different challenge from fighting terrorism in two ways. First, U.S. forces did not have to worry about control of the seas while fighting terrorist organizations. But stopping maritime advances by China will require surface-to-ship missiles and other advanced military equipment.

Timelines for responding to a crisis will also be much shorter. The U.S. could take its time preparing troops for counterinsurgency operations, but China has first-strike capabilities and strategies for securing military objectives quickly.

It currently would take the U.S. roughly three weeks to move units from its west coast to the western Pacific Ocean, according to the Indo-Pacific Command -- a disadvantage in any potential clash with Beijing.

To increase deterrence against China, the Indo-Pacific command plans to create a missile network across the western Pacific's so-called first island chain, which extends from Japan's Okinawa to the Philippines. Under this scenario, anti-ship and anti-air missiles would strike at Chinese forces to buy time for reinforcements from the U.S. in the early stages of a conflict.

The U.S. needs the cooperation of such regional players as the Philippines and Indonesia to set up this network. But some may resist hosting American missiles, worried that doing so could risk military strikes and economic retribution from China.