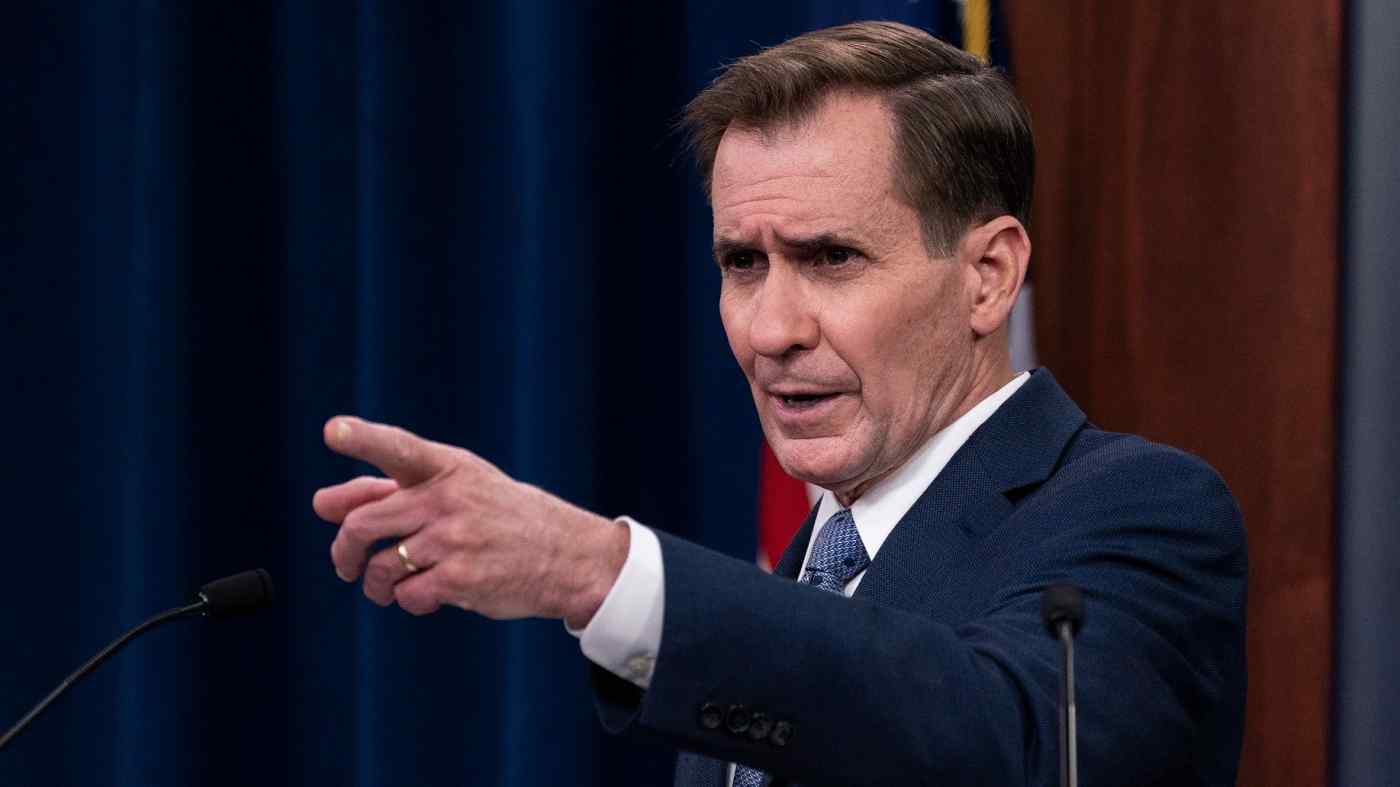 WASHINGTON/TOKYO -- In a subtle but potentially significant shift, the U.S. has gone a step further in expressing support for Japan in the East China Sea, referring to the "sovereignty" of the Senkaku Islands.

"We hold with the international community about the Senkakus and the sovereignty of the Senkakus, and we support Japan obviously in that sovereignty," Pentagon press secretary John Kirby said during Tuesday's press briefing.

The comment came as Kirby called on China to stop "undermining" the international order by sending ships from its quasi-military coast guard into the surrounding waters.

The remark is notable given that Washington has previously made clear that it takes no position on the question of territorial sovereignty over the Japanese-administered islands, claimed by Beijing as the Diaoyu.

"We would urge the Chinese to avoid actions, using their coast guard vessels, that could lead to miscalculation and potential physical and material harm," Kirby said.

While Chinese government ships have sailed around the Senkakus with increasing frequency for some time, recent legislation giving its coast guard more freedom to use weapons has heightened the risk of a "gray zone" conflict -- clashes that go beyond normal activity but do not rise to the level of open warfare. Recent legislation in China gives its coast guard more freedom to use weapons, heightening the risk of a "gray zone" conflict.   © Reuters

Kirby claimed that Beijing had "continued to flout international rules," and stressed that Washington is committed to "defending the free and open rules-based international order."

U.S. President Joe Biden and his administration have repeatedly confirmed in calls with world leaders and other channels that the Senkakus are covered under Article 5 of the Japan-U.S. security treaty. This is widely interpreted to mean that Washington would treat an attack on the islands as equivalent to an attack on American soil.

Yet the administration would prefer to avoid any developments that would sour its relationship with Beijing so soon. Its priorities are bringing the coronavirus outbreak under control and shoring up the economy, with vaccine distribution high on the list as the number of known deaths from COVID-19 passes 500,000.

Washington has expressed concern over the coast guard legislation. The State Department said last week that language in the law "strongly implies" that it could be used to "intimidate [China's] maritime neighbors," and urged Beijing to "refrain from the threat or use of force" as it is obligated to do under the United Nations charter.

As part of the Biden administration's review of China policy, the U.S. military will by early June submit a report to Defense Secretary Lloyd Austin covering its security posture and operations in the Indo-Pacific, including the East and South China seas.

The results could be used to reorganize the U.S. presence in the region to more effectively deal with China's activities. Washington anticipates Japan playing a larger role, according to a source familiar with the administration's thinking.

For its part, Tokyo responded positively to Kirby's comments. Japanese Foreign Minister Toshimitsu Motegi called them "welcome" in a news conference Wednesday. But considering the off-the-cuff comment on sovereignty came in an exchange during a news conference, "this doesn't mean the administration has changed from its prior stance," a senior Japanese Foreign Ministry official said.

Since the coast guard legislation took effect Feb. 1, the Japanese government has ramped up criticism of China's activities around the Senkakus, aiming to encourage international pressure on Beijing as bilateral diplomacy reaches its limits.

Beijing has shown no sign that it intends to change course. Coast guard ships have repeatedly sailed around the Senkaku Islands since the coast guard legislation went into effect, including four on Wednesday. One vessel recently seen in the area appeared to be equipped with an autocannon.