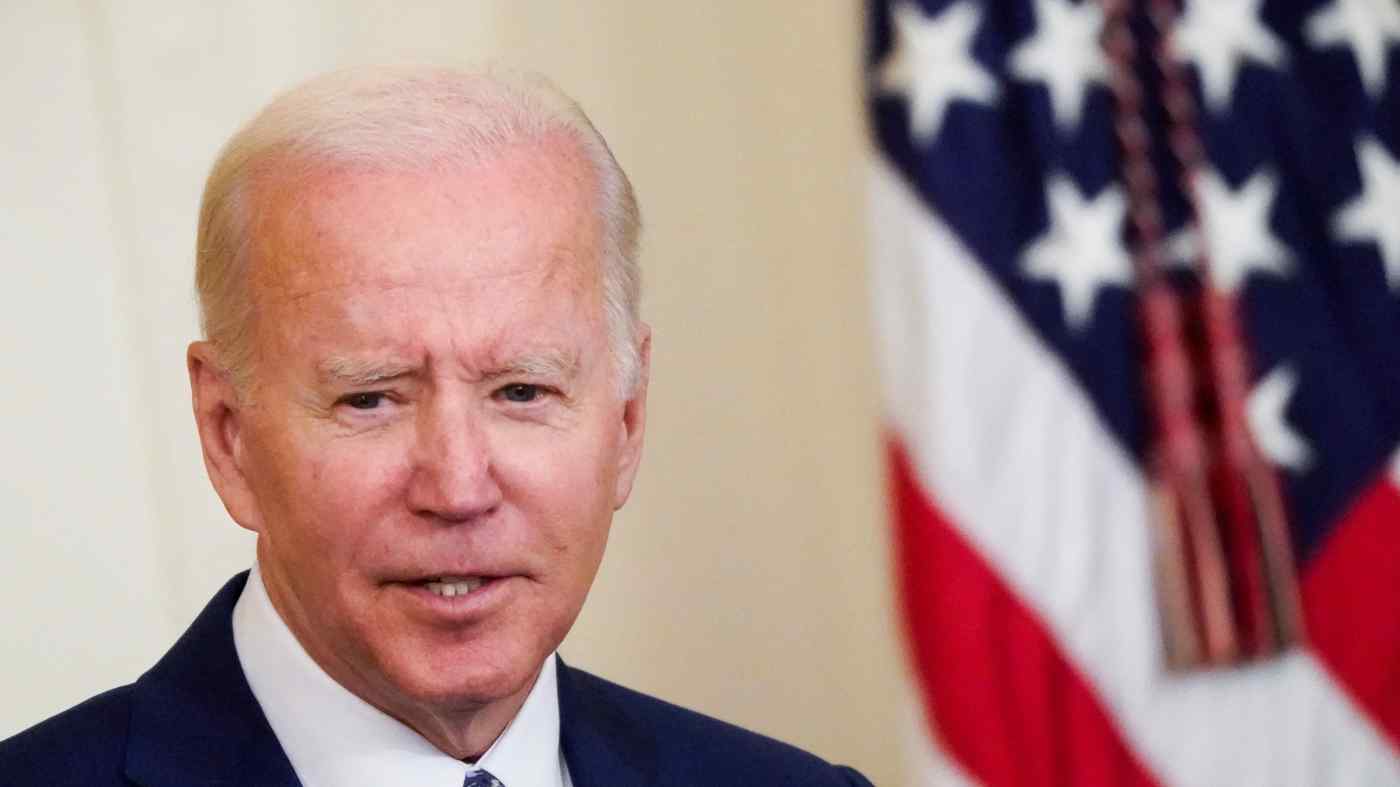 The White House said President Biden still felt Crown Prince bin Salman was a "pariah" for what U.S. intelligence says was his role in the brutal killing of Jamal Khashoggi in Turkey in 2018.
June 14, 2022 21:19 JSTUpdated on June 15, 2022 03:19 JST | Middle East
CopyCopied

WASHINGTON (Reuters) -- U.S. President Joe Biden will meet Saudi Crown Prince Mohammed bin Salman during a trip to the Middle East in July, in a break with his campaign pledge of making the kingdom a "pariah" as he struggles to combat record high U.S. gasoline prices.

Weeks after taking office, Biden shifted U.S. policy on Saudi Arabia, adopting a tougher stance over the kingdom's human rights record and in particular the killing and dismembering of Washington Post journalist Jamal Khashoggi in Turkey in 2018. U.S. intelligence implicated the prince in the murder. The Saudi government has denied any involvement by him.

Biden's predecessor Donald Trump had a close relationship with the prince, the defacto ruler of the country. But while a presidential candidate in 2019, Biden vowed to make Saudi Arabia "pay the price, and make them, in fact, the pariah that they are" over the killing of Khashoggi. The White House has said, as recently as this month, that Biden's view has not changed.

The talks with the crown prince -- part of Biden's first trip to the region -- are seen by rights advocates as at odds with his promise to put human rights at the heart of U.S. foreign policy. Biden's trip from July 13 to July 16 will also include a stop in Israel and the occupied West Bank.

A senior U.S. official, speaking on condition of anonymity, said that if Biden "determines it's in his interest to engage with any particular leader, and if such an engagement can deliver results, then he will do so."

The official pointed to the crown prince's role in helping secure an extension of a U.N.-brokered truce between Yemen's warring parties as an example of what he said was a need to engage with Saudi Arabia as way to help bring peace and security to the region.

Biden's July 15-16 visit to the kingdom comes after the OPEC+ group of oil-producing nations, led by Saudi Arabia, agreed to boost oil production to offset Russian losses -- following Western sanctions on Moscow over its invasion of Ukraine -- and combat surging oil prices and inflation.

Washington's desire to improve ties with Gulf monarchies has become more urgent following Russia's Feb. 24 invasion of Ukraine, which highlighted the relevance of Gulf oil producers as Europe looks to cut its energy dependence on Russia.

Biden will meet with regional leaders including Iraq, Egypt and Jordan in Saudi Arabia as part of a summit of the Gulf Cooperation Council, the White House said. Washington has proposed an agenda that includes regional security, food security, the Israeli-Palestinian conflict and energy issues, a Gulf source familiar with the matter said.

In Israel July 13-14, Biden will emphasize the U.S. commitment to the country, which includes billions of dollars in military support. He will hold a virtual summit with the leaders of Israel, India, and the United Arab Emirates.

Biden will also travel to the West Bank to meet with Palestinian President Mahmoud Abbas and other leaders to reaffirm his commitment to a two-state solution between the Israelis and the Palestinians, the U.S. official said.

The visit will help "integrate Israel into the Middle East," the Israeli prime minister's office said in a statement.

Saudi Arabia has signaled its backing for the so-called Abraham Accords under which the United Arab Emirates and Bahrain forged relations with Israel two years ago. But Riyadh has stopped short of formally recognizing neighboring Israel.