US has warned that Beijing could use undersea infrastructure for spying 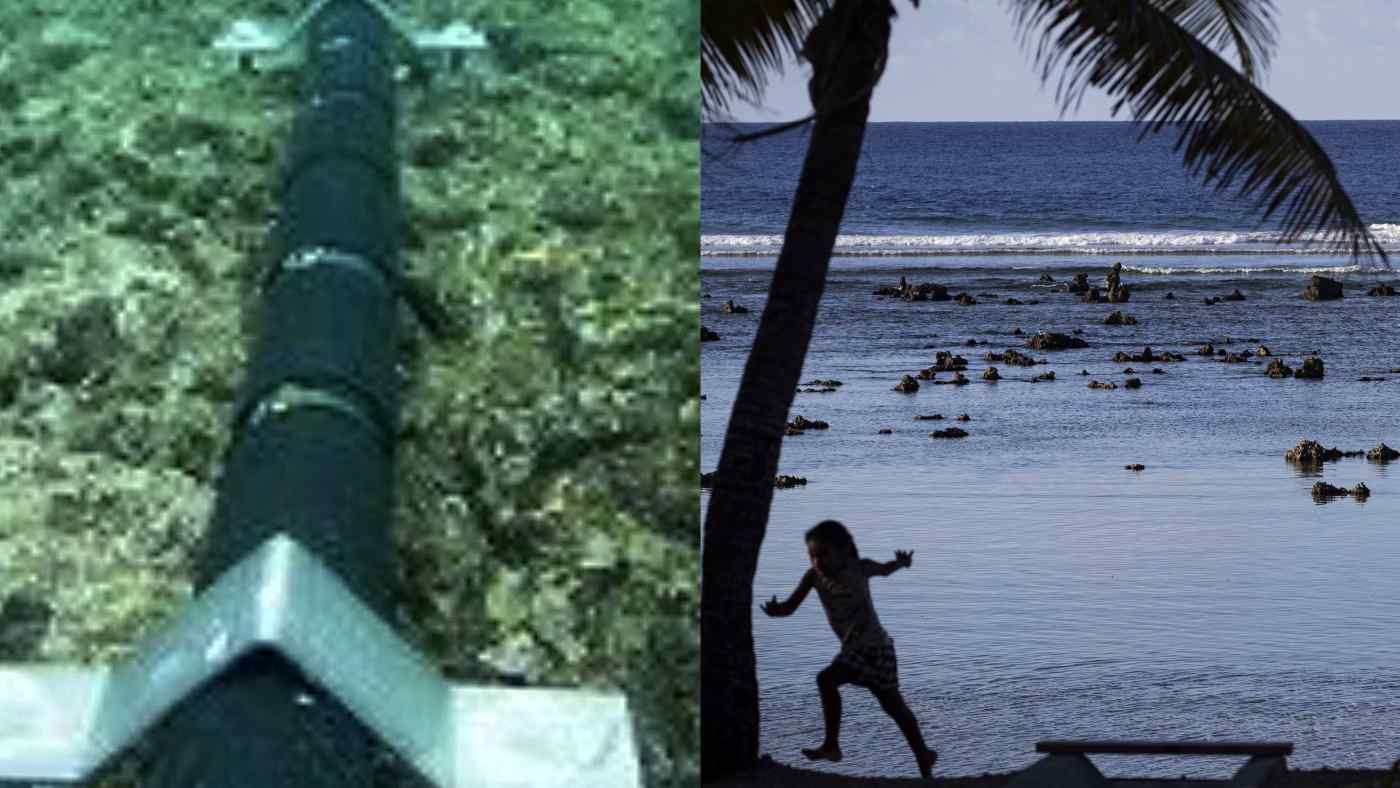 TOKYO -- Three companies' bids to build an undersea cable for Pacific islands, including a Chinese company's low bid, have been invalidated, Nikkei has learned.

The bidding process was held last year for a project to connect Micronesia, Kiribati and Nauru with an optical cable owned by a consortium of carriers from the three countries, with funding from the World Bank and the Asian Development Bank. The cost for the project is estimated at $54.45 million, according to the World Bank.

The cable was planned to be connected to Guam through another cable that had already been laid. But there has been concern that submarine cables could be monitored for communications data at repeaters and landing bases.

The U.S., Australia and Japan raised security concerns over the project, warning that China could use the infrastructure for spying if the Chinese company were to build it.

The Chinese company's bid was lower than those of its rivals, and it was considered in a strong position to win.

In late February, the consortium notified the three companies that "all bidders did not meet the required conditions" and that it would invalidate the bids.

Huawei Marine told Nikkei, "We have been officially notified" and called the cancellation "regrettable."

While details on the decision remain unclear, it appears that Japan, the U.S. and Australia, wary of orders from Chinese companies, had requested the three island countries and the World Bank to review the bids.

Huawei Marine used to be under the umbrella of Huawei Technologies, the Chinese telecommunications equipment maker that has been targeted by U.S. sanctions, before it was acquired by China's Hengtong Group.

Washington is responsible for Micronesia's defense under an agreement called the Compact of Free Association. Kiribati severed diplomatic ties with Taiwan in September 2019 and switched to Beijing. China is said to be working to flip Nauru, which has retained ties with Taiwan.

More than 90% of international communications go through optical cables. Currently, Nauru and Kiribati are not connected to optical cables, and both are eager to build the infrastructure. Thus, the three countries are likely to reopen the bidding process, but there may be a condition that Chinese companies cannot participate.

Keio University professor Motohiro Tsuchiya said, "China is said to have the intention of taking control of optical cables in the Pacific Ocean west of Hawaii." He added, "There is a possibility of [China] claiming that canceling the bid is invalid by some means."

The battle for hegemony between the U.S. and China is casting a shadow over the development of communications infrastructure, and the conflict over telecommunications security also affects private projects.

Facebook last year abandoned a plan for an undersea cable running from California to Hong Kong. A spokesperson said Facebook had withdrawn its application to the Federal Communications Commission because "the U.S. government has raised concern over plans to connect the U.S. and Hong Kong directly," a spokesperson at Facebook said.

The plan was announced in 2018, aiming to meet the growing demand for communications by developing high-speed, large-capacity cables in collaboration with major Chinese telecommunications companies such as China Telecom. Facebook plans to work with other companies to redesign the system in response to government concerns.

The capacity of communications cables is tight worldwide due to the increasing use of video services. As they become the core infrastructure of the digital age, there is a possibility that the security conflict will become even more intense.

Regarding the Pacific islands cable, a spokesperson for the Asian Development Bank on Thursday confirmed Nikkei's report, saying, "We are now working with the respective governments, and our co-financiers the World Bank, to determine next steps for the project."