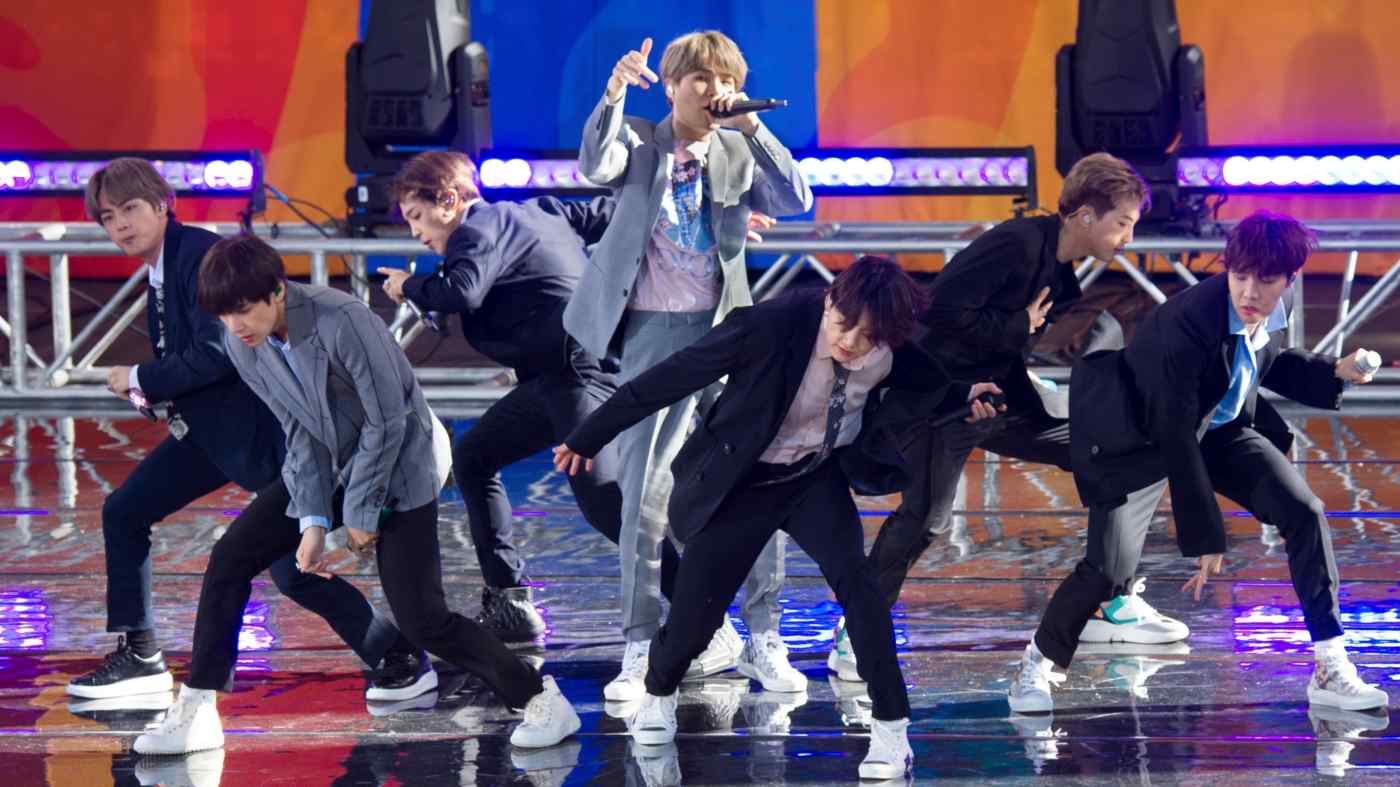 The leader of boy band BTS upset many in China by invoking a "history of pain" shared by South Korea and the U.S. in the Korean War, which pitted their alliance against North Korea and China.   © AP
October 13, 2020 06:20 JST | South Korea
CopyCopied

HONG KONG (Reuters)  -- South Korean boyband BTS is facing a barrage of criticism in China after its leader made remarks about the Korean War and several big-name brands, including Samsung, have apparently distanced themselves from the K-pop group amid the uproar.

The controversy is the latest example of the political landmines lying in wait for big brands in China, the world's second-largest economy.

The leader of BTS, known by the initials RM, upset many people in China in a speech when the band received an award from a U.S.-based organisation for their contribution to South Korea-U.S. relations.

RM invoked a "history of pain" shared between South Korea and the United States and, referring to the 1950-53 Korean War, spoke of "sacrifices of countless men and women".

The war pitted South Korean and U.S. forces against those from North Korea and China.

The comments touched off heated debate on social media in China.

"They should not make any money from China," one angry user said on the Weibo platform, referring to BTS.

"If you want to make money from Chinese fans you have to consider Chinese feelings."

BTS-related posts from other companies including sports fashion brand FILA and automaker Hyundai, which have endorsement deals with the seven-member group, also disappeared from their official Weibo accounts, Chinese users said.

It was not clear if the companies or someone else had removed the posts. Samsung, FILA and Hyundai did not respond to requests for comment when contacted by Reuters.

The band's management company, Big Hit Entertainment, did not immediately respond to a request for comment.