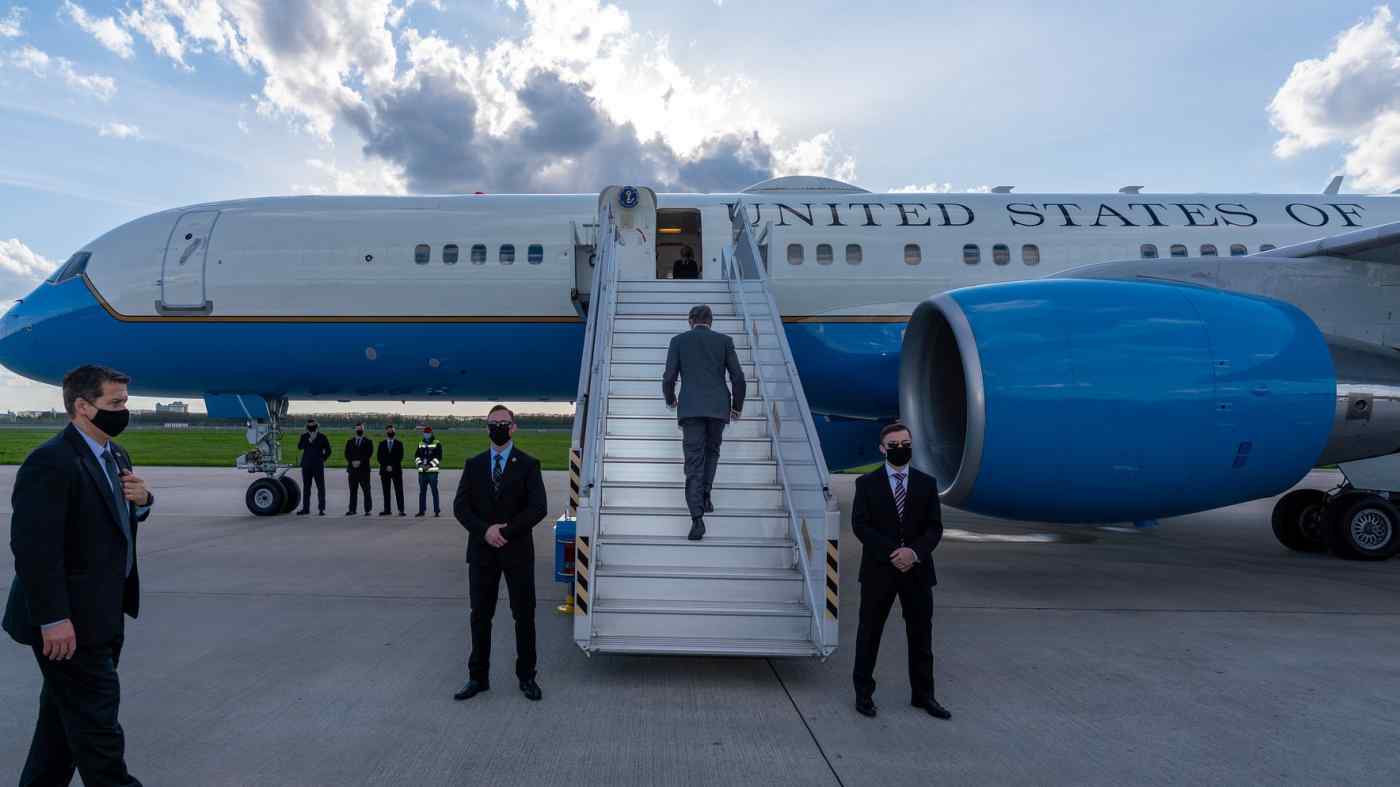 NEW YORK -- U.S. Secretary of State Antony Blinken will soon travel to Denmark, Iceland and Greenland on a trip that spans nearly all of next week and aims to signal the Biden administration's focus on the Arctic region.

Blinken will visit Copenhagen, Reykjavik and Kangerlussuaq from Sunday to Thursday, State Department spokesperson Ned Price said in a statement. In Reykjavik, Blinken will participate in the May 19-20 Arctic Council Ministerial and hold bilateral meetings, including with Russian Foreign Minister Sergey Lavrov.

The Blinken-Lavrov meeting will pave the way for a summit between U.S. President Joe Biden and Russian President Vladimir Putin, expected to take place in a European city, perhaps Vienna, after the NATO leaders' summit in Brussels on June 14.

Russia will assume the two-year chairmanship of the Arctic Council from this meeting.

The secretary will also travel outside the Icelandic capital to make a highly symbolic visit to Keflavik Air Base, a Cold War-era U.S. Navy station that was closed in 2006. The U.S. is currently refurbishing the facilities there to house the P-8 Poseidon aircraft as it seeks to strengthen anti-submarine surveillance against Russian, and potentially Chinese, subs operating in the waters.

"I was surprised at the length of the trip," said Heather Conley, senior vice president for Europe, Eurasia and the Arctic at the Washington-based Center for Strategic and International Studies, in an interview.

"It just reinforces the importance of the region," she said.

But the most important part of the trip will not be the Arctic Council discussion but Blinken's bilateral meeting with Lavrov, Conley said. "The Biden administration is hoping that the Arctic and climate can be positive agenda items" in the U.S.-Russia relationship, she said.

By sustaining U.S.-Russia relations in a "managed space," the administration can keep all the focus on China in the Indo-Pacific, she said. A P-8A Poseidon aircraft sits on the apron of Keflavik Air Base after an anti-submarine-warfare mission over the Atlantic Ocean on Jan. 4. (Photo courtesy of the U.S. Navy)

Meanwhile, while trying to stabilize bilateral relations with Moscow, the U.S. will have no illusions about Russia's military intent.

"We must now conduct much more vigilant anti-submarine warfare in the North Atlantic, in the Greenland-Iceland-United Kingdom gap because of Russia's military activity," Conley said. This so-called GIUK gap is a key location for Russia's Northern Fleet to enter the Atlantic Ocean.

The visit to Keflavik Air Base underscores this point.

Conley spoke of speculation that Moscow is developing a nuclear-armed underwater drone that could approach U.S. shores undetected and detonate, triggering a "nuclear tsunami" of tainted water.

China's military use of the Arctic is unclear at this stage.

But by 2050, its submarines and growing icebreaker fleet "will spend considerable time in the Arctic Ocean, requiring the United States to focus on Chinese anti-submarine warfare in both the GIUK gap and Bering Strait," CSIS predicted in a report last year. These activities by Beijing will likely force Washington to divert a portion of its assets from the Indo-Pacific to the Arctic, said the report, of which Conley was a principal author.

The last leg of Blinken's trip will see him visit Greenland, where the U.S. reopened a consulate last year after a nearly seven-decade hiatus.

As president, Donald Trump famously expressed interest in purchasing Greenland from Denmark -- a proposal dismissed out of hand by the Danish government.

Meanwhile, there has been no shortage of American interest in the High North. Various branches of the U.S. military have issued seven Arctic strategies in the past two years alone, Conley noted.