Cambodia's China-built runway irks US but locals have other concerns 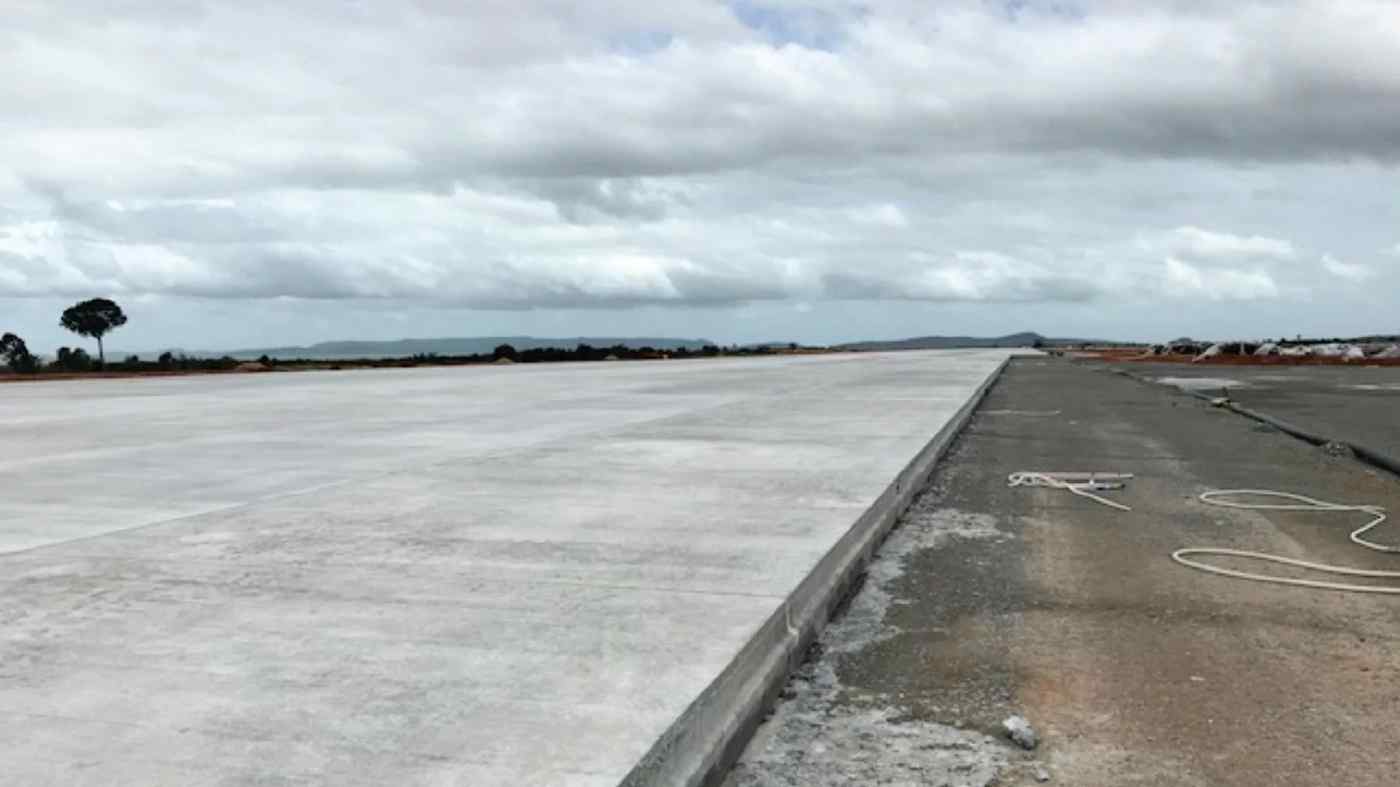 A mysteriously long runway has appeared near the site of a planned resort that a Chinese company is building in Cambodia, along the Gulf of Thailand. (Photo by Tomoya Onishi)
TOMOYA ONISHI, Nikkei staff writerNovember 11, 2019 14:55 JST | Myanmar, Cambodia, Laos
CopyCopied

That's because a massive runway stretching approximately 3,200 meters appeared suddenly at a resort being developed by a Chinese company in this otherwise out-of-the-way province, about a six-hour drive from the nation's capital.

The U.S. has expressed strong concerns about the possibility of China using the runway for military purposes; Cambodia has flatly denied this will be the case. As the U.S. and China confront each other over trade, security and other issues, residents of the coastal province are watching the situation with mixed feelings.

One must first move through Botum Sakor National Park before reaching the construction site. In mid-August, many trucks carrying construction materials were making the journey.

A brand-new sign gives directions to the airport with the jumbo runway. It is written in three languages: Khmer, Chinese and English. Khmer is Cambodia's official language. 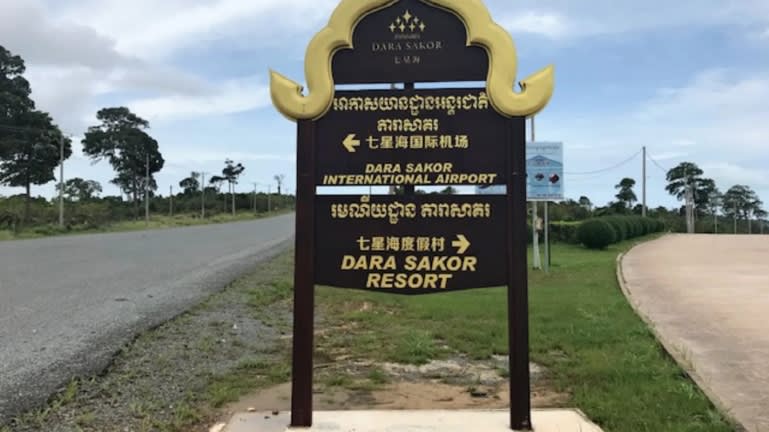 The still-under-construction Dara Sakor Resort is already telling guests how to find the place -- in Khmer, English and Chinese. (Photo by Tomoya Onishi)

The site is about 20 minutes down the road. One might expect tight security, but a little cooperation from local residents was all it took to make it there and step onto what reportedly could become a Chinese military base.

This came as something of a letdown.

The pure white runway was almost complete two and a half months ago. Construction work on a terminal building was progressing toward its planned opening sometime in 2020.

Koh Kong -- population: about 100,000 -- is Cambodia's southwesternmost province. With the exception of agriculture and fisheries, it has no high-profile industry.

In 2008, the Cambodian government signed an agreement to lease the land facing the sea to China's Union Group for 99 years.

A five-star hotel, golf course, mixed-use compound, international airport and other facilities are to be built on the vast 450 sq. km site. A deep-sea port that can receive large ships is also to be constructed there.

The airport has attracted particularly strong international attention because of its staggering size. Its 3,200-meter runway is long enough for ultra-large passenger planes like Airbus' A380 to take off and land.

With a runway as long as those serving major metropolises, the new airport will be capable of receiving as many as 10 million tourists a year.

The whole project seems to have received the go-ahead without anyone first checking to see if it might be profitable. This is why U.S. Vice President Mike Pence last November pointed to the possibility of China diverting the facility to military use.

Prime Minister Hun Sen, who is deepening Cambodia's relations with China, reacted by saying that allowing a foreign military base to be established in Cambodia would be unconstitutional.

The issue has created a rift in U.S.-Cambodia relations.

Although there is no evidence that the port and airstrip might lend themselves to the People's Liberation Army, China has spent years building up islands in the South China Sea and putting military bases on them. It has also put infrastructure in Sri Lanka and the Maldives in the Indian Ocean.

Its intent is to wield more influence across Asia, said Paul Chambers, a political analyst at Thailand's Naresuan University.

In Koh Kong Province, residents do not believe the U.S.-China confrontation is playing out in their backyards.

"This is an area where there is no mobile phone signal," said a 39-year-old male farmer, "but the price of land is now 10 times what it was two to three years ago."

Another local man in his 30s said, "It is no use discussing things in the future. Many people think that if they become affluent, everything will be OK."

This is not the first time that Cambodia, a long-suffering Southeast Asian country of 16 million, has found itself caught up in hostilities between superpowers.

During the Cold War, the country was plunged into turmoil when the China-Soviet confrontation and the China-Vietnam feud spilled into Cambodian politics.

During the Vietnam War, the Americans dropped bombs on the country and laid land mines that remain today. In the second half of the 1970s, civil war broke out in Cambodia, and 2 million people fell victim to the brutal rule of Pol Pot's radical Khmer Rouge regime.

In 1978 and 1979, Vietnamese forces, with the help of Hun Sen, invaded Cambodia. Although Pol Pot's regime collapsed, remnants of the Khmer Rouge fled to Thailand and sought help from China.

The U.S. threw its weight behind the anti-Soviet and anti-Vietnamese former Khmer Rouge elements, who ended up representing Cambodia at the United Nations.

"Cambodian people actually don't want to get caught in the Big Powers' moves," a journalist living in Phnom Penh said.

Cambodia is seen as the most pro-China country in Southeast Asia. But, the journalist said, "there is no awareness of this at the grassroots level."

One event that caused Cambodians to wonder about the Chinese influence in their country came in June in the southern port city of Sihanoukville, about a four-hour drive from Koh Kong. A seven-story building under construction collapsed, killing 28 people, all Cambodian. The tragedy was blamed on a Chinese company using illegal construction methods.

Prime Minister Hun Sen immediately rushed to the scene. In an effort to quell unrest among local residents, he announced that victims' families would receive condolence payments and that the injured would receive free medical treatment.

"The town has been occupied by China," a Sihanoukville hotel employee said. "But it can't be helped for the sake of our bread and butter."

One more statistic: Since the beginning of the year, more than 1,000 Chinese have been arrested for drug trafficking and other illegal activity in Cambodia.

There is no sign of a strong backlash against Chinese, highlighting again the difficult position Cambodia, one of Southeast Asia's poorest countries, has found itself in for decades now.