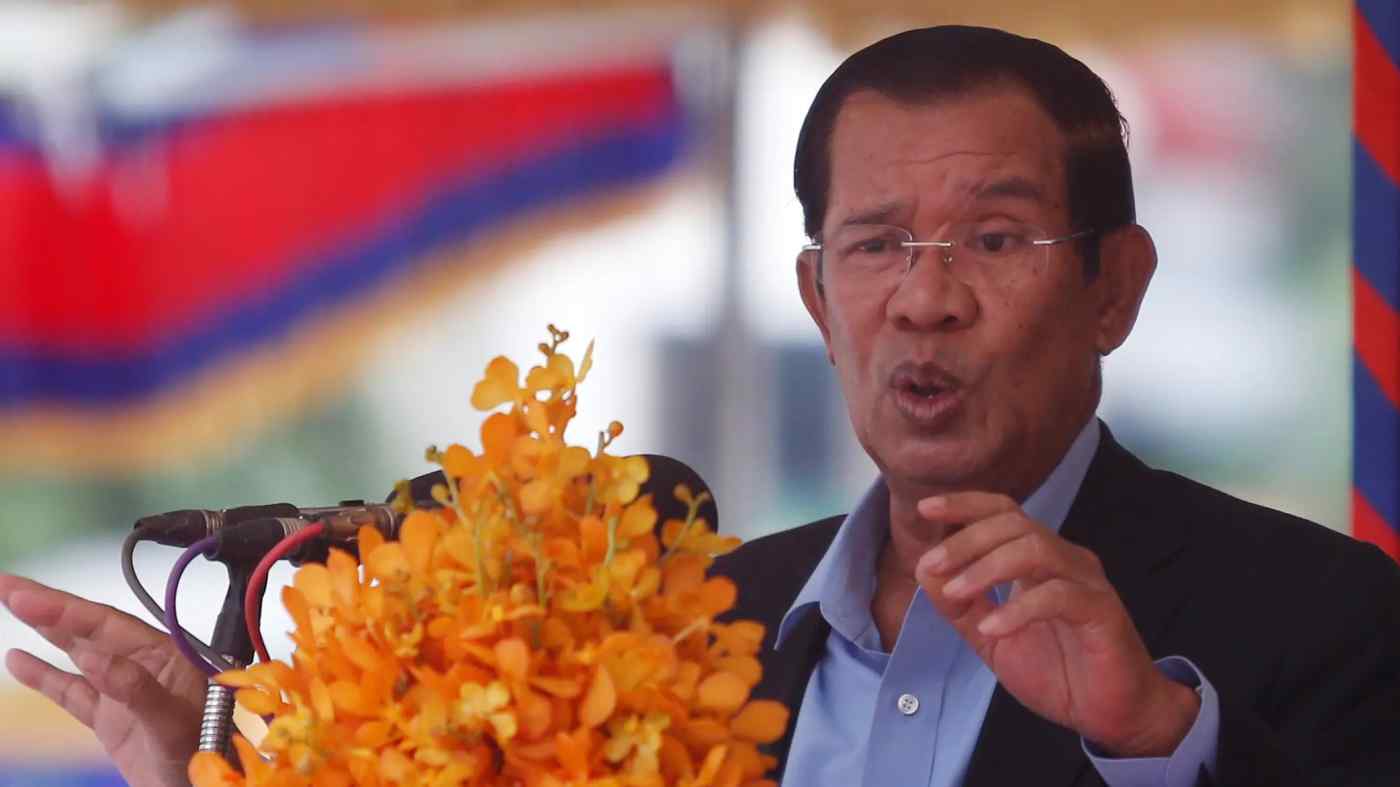 PHNOM PENH -- Even as the European Union readies to visit Cambodia this week to decide whether the country should be removed from a preferential trade scheme due to lack of political reforms, Prime Minister Hun Sen is trying to enact two laws that could further stifle online speech, a move certain to rile EU negotiators.

Hun Sen pushed his ministers earlier this month to consider new legislation aimed at curbing "fake news" and to speed up drafting a cybercrime law, which was first proposed in 2012.