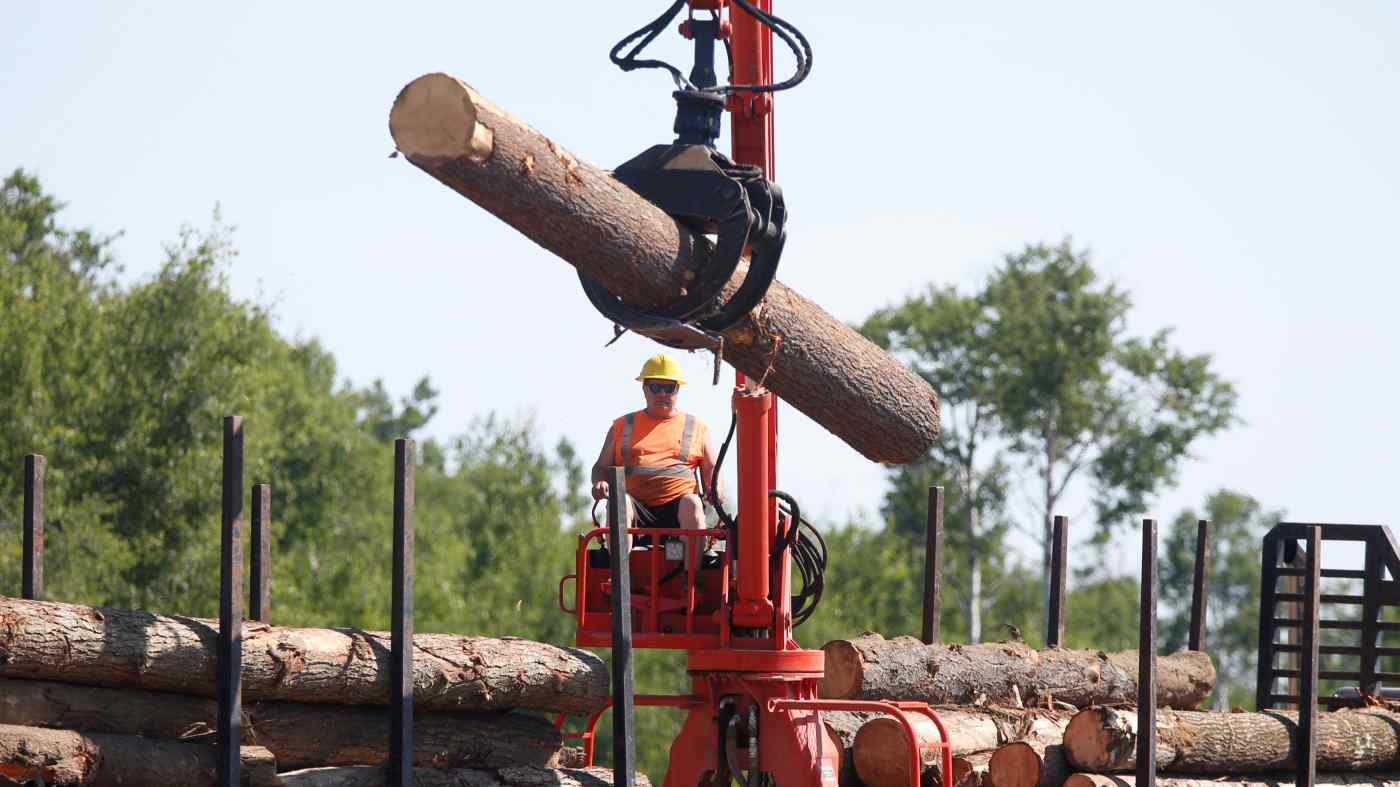 TOKYO -- Log exports from Canada to Japan have dropped in recent months despite a side deal to the Trans-Pacific Partnership designed to ensure stable supply, raising concerns of a possible first violation of the regional trade pact.

Shipments fell 77% on the year in the January-May period to 97,380 sq. meters, according to the Japan Lumber Importers' Association. No logs were shipped at all in April, and May's figure was just 5% of the level a year earlier.

Japan relies on other countries for over 60% of its wood products. Last year, 28% of its log imports came from Canada -- second only to 50% from the U.S. Imported logs are often used in plywood along with Japanese lumber, meaning increased shipments could help invigorate Japan's domestic wood industry as well.

"If imports from Canada stop, we could see a disruption in the use of Japanese lumber," said Atsuhiro Inoue, president of Japanese plywood maker Seihoku.

Japan's Ministry of Agriculture, Forestry and Fisheries is reviewing the situation. It could file a formal complaint with the Canadian government if it finds that Ottawa is refusing to issue export permits without a valid reason, which would be the first documented violation of the TPP.

As part of the 11-member version of TPP that took effect in December 2018, Japan agreed to lower tariffs on Canadian plywood. But because a surge in plywood shipments alone could stifle Japan's wood industry, Canada also agreed in a side letter to the TPP that it would grant export permits for logs on request. Usually, Canada only grants permits when there is a domestic surplus.

The recent plunge has been attributed to a decrease in Canadian production, caused by protracted strikes and other factors. Still, if the Canadian government does not permit requested log exports to Japan, that would be a breach of the TPP.

Refusals could impact Canadian businesses as well, since exported logs tend to sell for more and help their bottom line. Mosaic Foreign Management curtailed harvesting operations in November 2019, and is currently operating at reduced capacity.

For now, Japanese trading houses and lumber companies are buying more American logs to fill the gap. But Canadian logs are considered better quality than those from the U.S., and industry insiders say finding a good alternative will not be easy.

In addition to the TPP, Japan has signed comprehensive trade deals with the European Union and the U.S. in recent years. "We could see more cases where countries do not stick to the terms of these agreements," said a Japanese government source who had been involved in TPP negotiations.