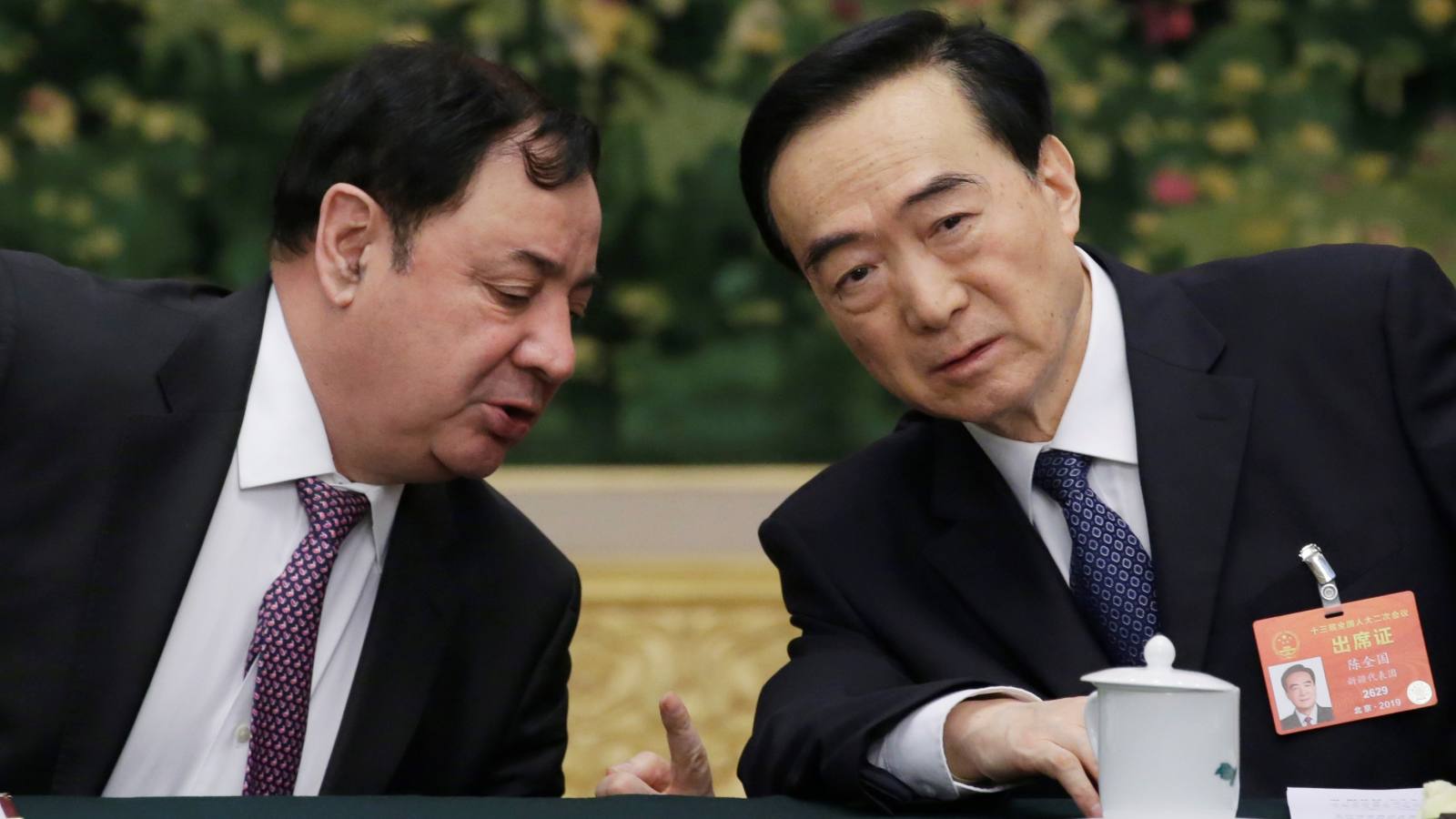 NEW YORK/WASHINGTON -- Canada faces a delicate balancing act between Washington and Beijing over the possible extradition of a detained Huawei Technologies executive to the U.S., as illustrated by Prime Minister Justin Trudeau's firing of his ambassador to China.

"Last night I asked for and accepted John McCallum's resignation as Canada's ambassador to China," Trudeau said Saturday. McCallum said earlier in the week that Huawei Chief Financial Officer Meng Wanzhou had "strong arguments" in her defense, sparking a backlash throughout Canada.

McCallum's firing was meant to avoid giving the U.S. the impression that Canada leaned toward China on the issue. But the move further complicates a thorny case for Ottawa.

"We hope that Canada can recognize the seriousness of this issue instead of risking endangering itself for others' gains," Chinese Foreign Ministry spokesperson Hua Chunying told reporters Friday, reiterating that Meng should not be extradited to the U.S.

The U.S. must complete procedures for the extradition request within 60 days of Meng's arrest, which sets a deadline of Wednesday. A Canadian court then holds a hearing and decides on the case within a month.

China, which is sparring with the U.S. over trade and other issues, has turned up the pressure on Canada to prevent an extradition.

"If Ottawa successfully assists Washington in the extradition of Meng, Beijing will retaliate against both of them without doubt," China's Global Times, a state-owned newspaper under the People's Daily, wrote in an editorial Wednesday.

The Wednesday deadline also overlaps a critical period for trade talks between Washington and Beijing.

"There is a clear difference in the responses based on national influence," said a diplomatic source in Beijing, who noted that China has avoided public criticism of the U.S. on this matter while focusing on Canada.

"We will continue to pursue the extradition of defendant Ms. Meng Wanzhou, and will meet all deadlines set by the U.S.-Canada Extradition Treaty," Marc Raimondi, a Justice Department spokesman, said in a statement Tuesday.

The U.S. nearly pushed Chinese company  ZTE into financial ruin, banning American suppliers from doing business with the telecommunications equipment maker in April before relenting. Washington aims to further derail China's quest for technological pre-eminence by arresting the CFO of Huawei, another telecom company whose sales are quintuple that of ZTE.

Canadian leadership has tread a fine line to avoid drawing criticism from the U.S. or China.

"We have always highlighted that Canada is a country of the rule of law, and we will make sure that the rule of law is properly and fully followed," Trudeau told reporters Wednesday. Canada says that Meng's case will be decided based on its extradition treaty with the U.S. and that Ottawa has no political motives.

Canada is one of five anglophone countries with whom the U.S. shares confidential information, a group known as the "Five Eyes." Denying an American request for extradition could be seen as giving into Chinese pressure, harming future security cooperation. Canada, which relies on the U.S. for half its imports and over 70% of its exports, cannot afford to ignore the impact on its economy, either.

But Trudeau also faces growing concerns about Chinese retaliation if Meng is handed over. Chinese authorities have arrested two former Canadian diplomats, accusing them of jeopardizing national security, and sentenced a Canadian citizen to death for drug smuggling. Trudeau has called the death sentence arbitrary and issued a travel warning for China.