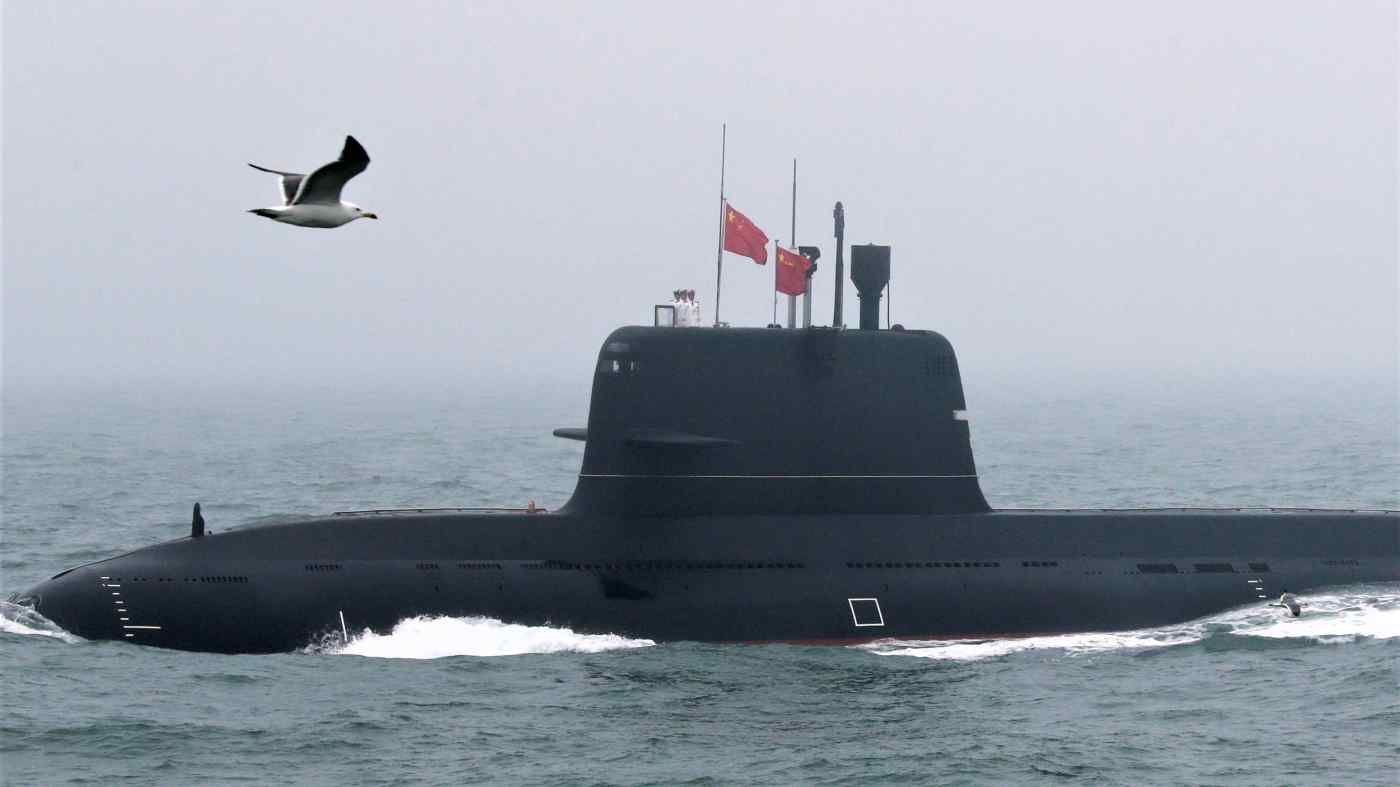 A Chinese submarine off Qingdao: An Australian research body has called off a project with the Qingdao National Laboratory for Marine Science and Technology, amid security concerns.   © Reuters
ERIC MEIJER, Contributing writerJune 26, 2021 11:15 JST | Australia
CopyCopied

SYDNEY -- China and Australia are trading blows again in rapid-fire fashion, taking their already fraught relationship to new lows and undermining even academic cooperation on a problem as universal as climate change.

Beijing's Commerce Ministry this week lodged a complaint with the World Trade Organization over old Australian tariffs on railway wheels, wind turbines and stainless steel sinks, days after Canberra went to the WTO over China's 200% tariffs on Australian wine.

Also this week, a UNESCO committee chaired by China recommended Australia's Great Barrier Reef be listed as "in danger," threatening the coral reef's status as a World Heritage site and prompting Australia's environment minister to complain the move had "politics behind it."

Australia, for its part, joined more than 40 countries in a statement to the United Nations Human Rights Council, urging China to allow the U.N. to investigate reports of serious abuses against its Muslim Uyghur population in Xinjiang.

A more curious development, though, came earlier in the month when Australia's leading scientific research institution scrapped a joint program with China that studies climatic conditions in the Southern Ocean and Antarctica. The cancellation by the Commonwealth Scientific and Industrial Research Organisation (CSIRO) followed comments by Mike Burgess, Australia's director-general of security and leader of the Australian Security Intelligence Organisation, implying the project might help China wage submarine warfare.

"There's a great bit of activity around ocean temperature modeling and how that is modeled and computed," Burgess said. "That's great for climate understanding and climate modeling. It's also great if you're a submariner."

Australian think tank analysts believe Burgess was referring to "dual use" research in which scientific discoveries can also open pathways to enhance military power. But some critics also suggest the CSIRO response puts Australia on a slippery slope.

"This is where the national security folks jumped three steps ahead," professor James Laurenceson, director of the Australia-China Relations Institute in Sydney, told Nikkei Asia.

"They assume that we are on a long-term trajectory for a war with China. So, if that's your starting assumption, then it's very easy to pull that back in time to the present and start looking at climate change research as being a potential threat to Australia's national security."

Laurenceson went on to warn: "If research between Australia and China on climate change is being interpreted as dual-use research, that is it has military applications as well, God help us. Because if that research can be classified in that way, I'm sure you'll be able to find plenty of other examples that the national security folks consider dual-use as well." 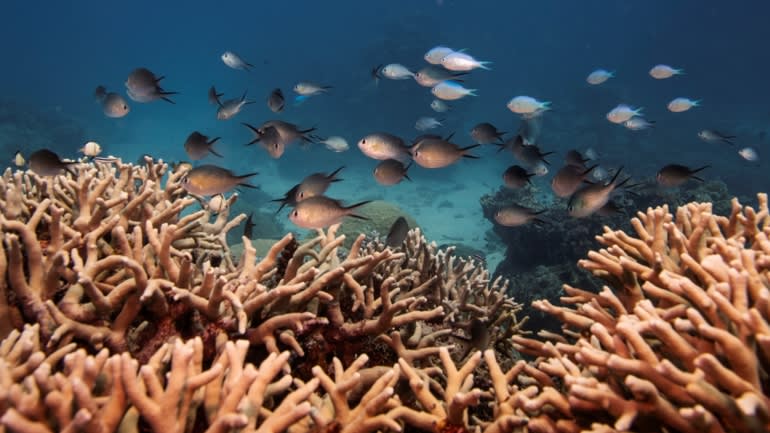 A UNESCO committee chaired by China has recommended that Australia's Great Barrier Reef be listed as "in danger" due to damage from climate change.   © Reuters

Some, however, take a more skeptical view of the climate venture, connecting the dots between civilian and military endeavors.

Australia's counterparty in the project, the Qingdao National Laboratory for Marine Science and Technology, has a formidable range of scientific and naval assets, according to Anthony Bergin, a senior fellow at the Australian Strategic Policy Institute.

This laboratory, he says, "specializes in underwater delivery equipment and advanced oceanographic surveying equipment." And the Qingdao organization "also operates the Joint Laboratory for Maritime Military-Civil Fusion with the Naval Submarine Academy."

Reached by Nikkei, Bergin conceded that without some Chinese funding, Australian scientists would be unable to produce the same volume of research. But he stressed that "obviously, if the research has risks associated with military applications, we have to be extraordinarily cautious."

Bergin also said China's interests in Antarctica could be another issue, though he did not think the Qingdao case "closes off all opportunities" for cooperation in the frigid south.

"I'd argue that it's a common good for the world if we understand what's happening on climate change down there," he said. "We just need to make sure that our intelligence agencies regularly brief Antarctic scientists and officials about China's aspirations, its interests in Antarctica, what risks there might be in particular forms of research. Now, that may mean that some scientists have to be security vetted or cleared, which some of them may not like."

When asked for his view on claims that China, as chair of the UNESCO committee that said the Great Barrier Reef is in danger, was retaliating against Australia for its decision to end the research project and other perceived slights, Bergin said it was plausible. The latest sparring comes as some in Australian business and politics grow frustrated with the government of Prime Minister Scott Morrison's apparent inability or unwillingness to dial down the tensions. In a high-profile challenge to the prime minister, the premier of Australia's top exporting state on June 15 urged the federal government to stop antagonizing Beijing, Reuters reported.

"This isn't about kowtowing to other countries and giving in," Western Australian Premier Mark McGowan said at an oil and gas industry conference. "There needs to be a national reset in that relationship."

By and large, however, the Australian public takes an increasingly dim view of their country's top trading partner, the latest research shows. A new poll by the Lowy Institute published on Wednesday shows 63% of Australian respondents view China as more of a security threat, versus just 34% who see it as an economic partner.

This marks a sharp reversal from 2018, when 82% saw it as mainly an economic partner.

The relationship has steadily deteriorated in recent years, with Australia banning China's Huawei Technologies from its 5G infrastructure over security concerns in 2018, and the Morrison government calling for an impartial inquiry into COVID-19 last year. China went on to slap steep tariffs on a host of Australian goods, not only wine but also barley, lobsters and more.