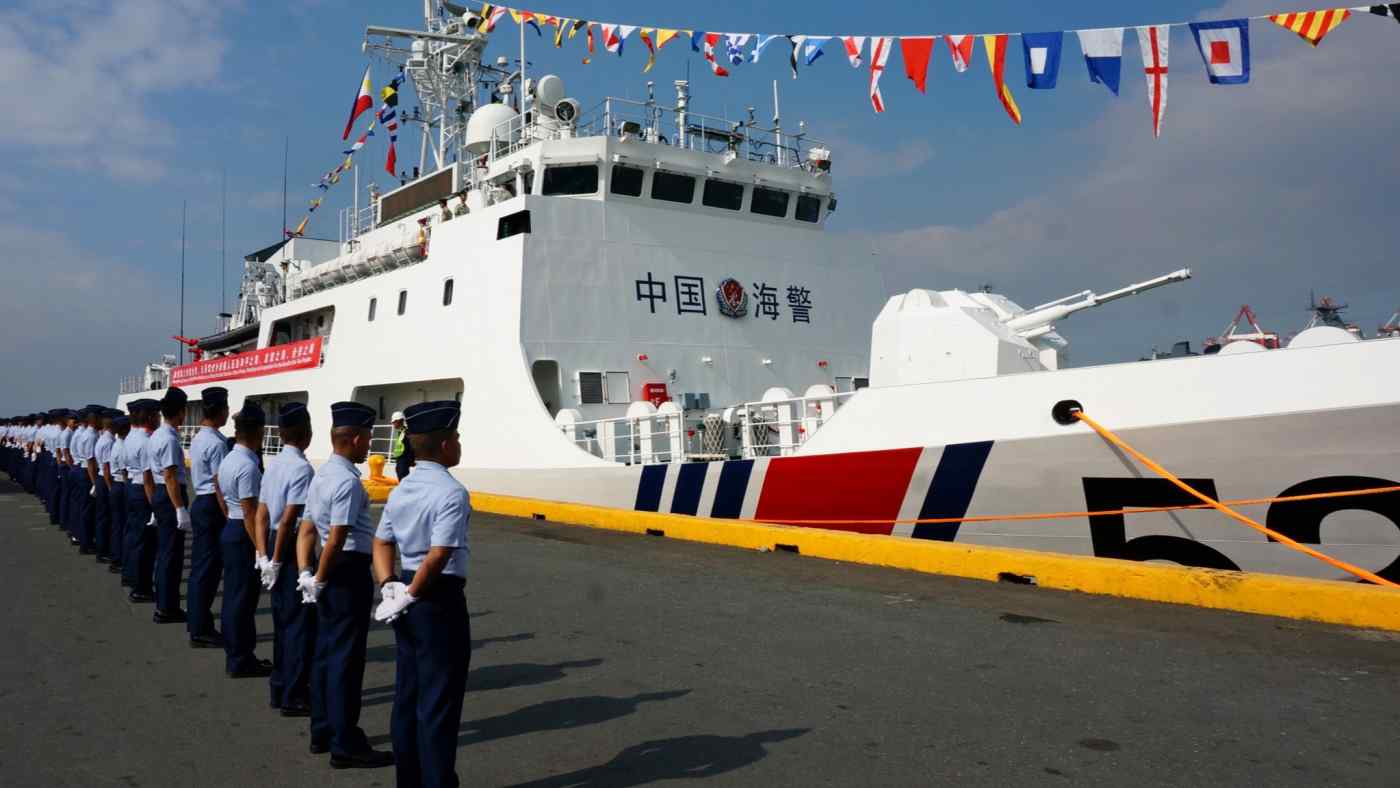 MANILA -- A China Coast Guard vessel paid a friendly visit to the Philippines for the first time on Tuesday, as Beijing aggressively courts the Southeast Asian nation and downplays its maritime disputes in the region.

The ship donated food and face masks for those affected by the eruption of the Taal Volcano near Manila. Press were also given rare access to the vessel.

The Chinese ship will take part in a joint rescue drill with the Philippine Coast Guard on Wednesday and leave Manila on Friday.

China and the Philippines have overlapping claims in the South China Sea, and Philippine fishermen have been harassed by the Chinese Coast Guard around the Scarborough Shoal, which both countries consider their own. Garcia told reporters that there is no other solution but diplomacy.

China is ramping up its overture to the Philippines in a likely attempt to drive a wedge in the Association of Southeast Asian Nations.

China wants Manila on its side, especially with the South China Sea expected to be a key topic at the upcoming ASEAN foreign ministers' meeting in Vietnam.

Meanwhile, the Philippines aims to strike a balance between China and the U.S., its traditional ally. While the Philippine military remains wary of Beijing, President Rodrigo Duterte is eager to bolster bilateral ties with an eye on economic aid.

The Philippine Coast Guard also conducted its first joint exercise with the U.S. Coast Guard near Scarborough Shoal in May.