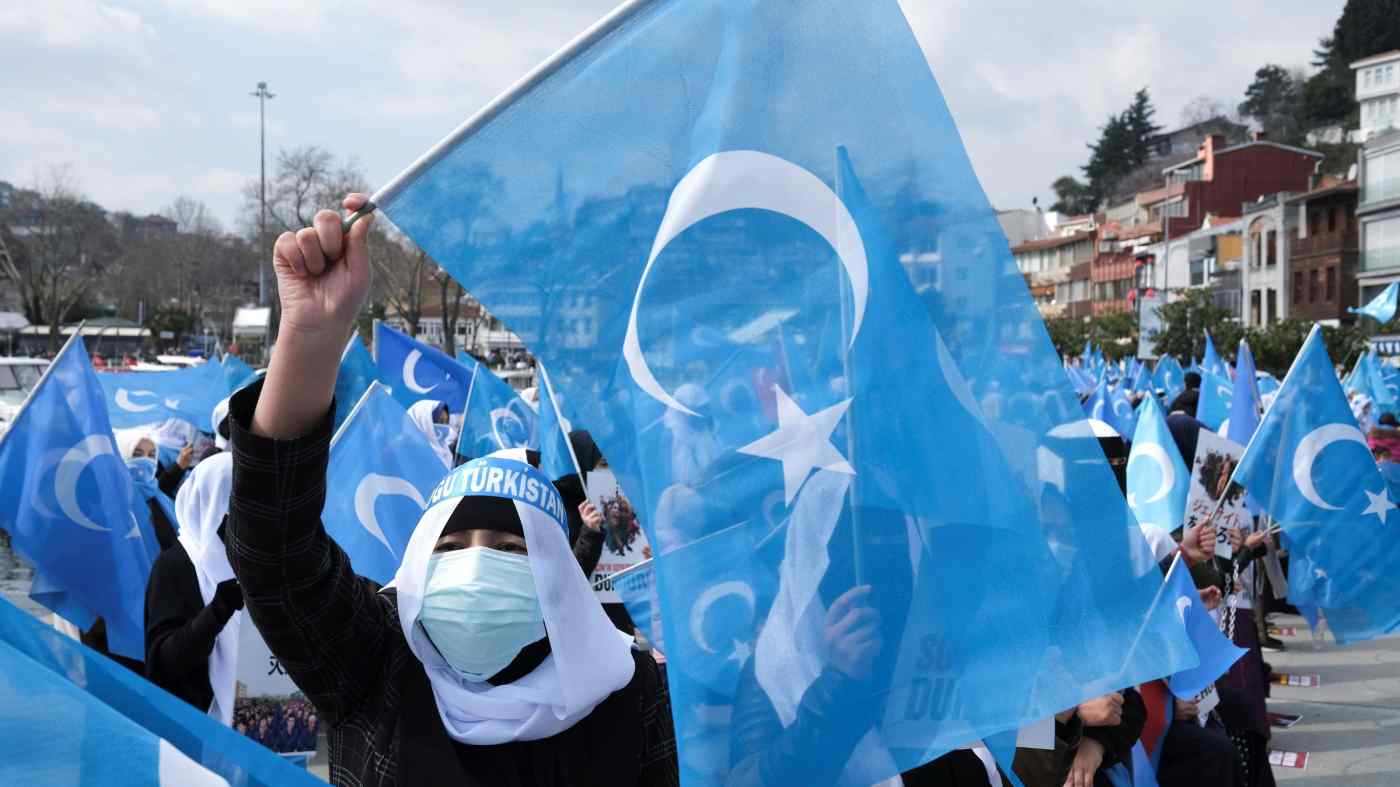 BRUSSELS/LONDON/TOKYO -- Rising tensions over alleged Chinese human rights abuses in Xinjiang risk spilling over into global trade, with supply chains and an investment deal between Beijing and the European Union hanging in the balance.

The European Union cited alleged abuses against the Uyghur Muslim minority population in its decision Monday to impose sanctions on China for the first time in three decades, followed the same day by similar steps by the U.S., the U.K. and Canada.